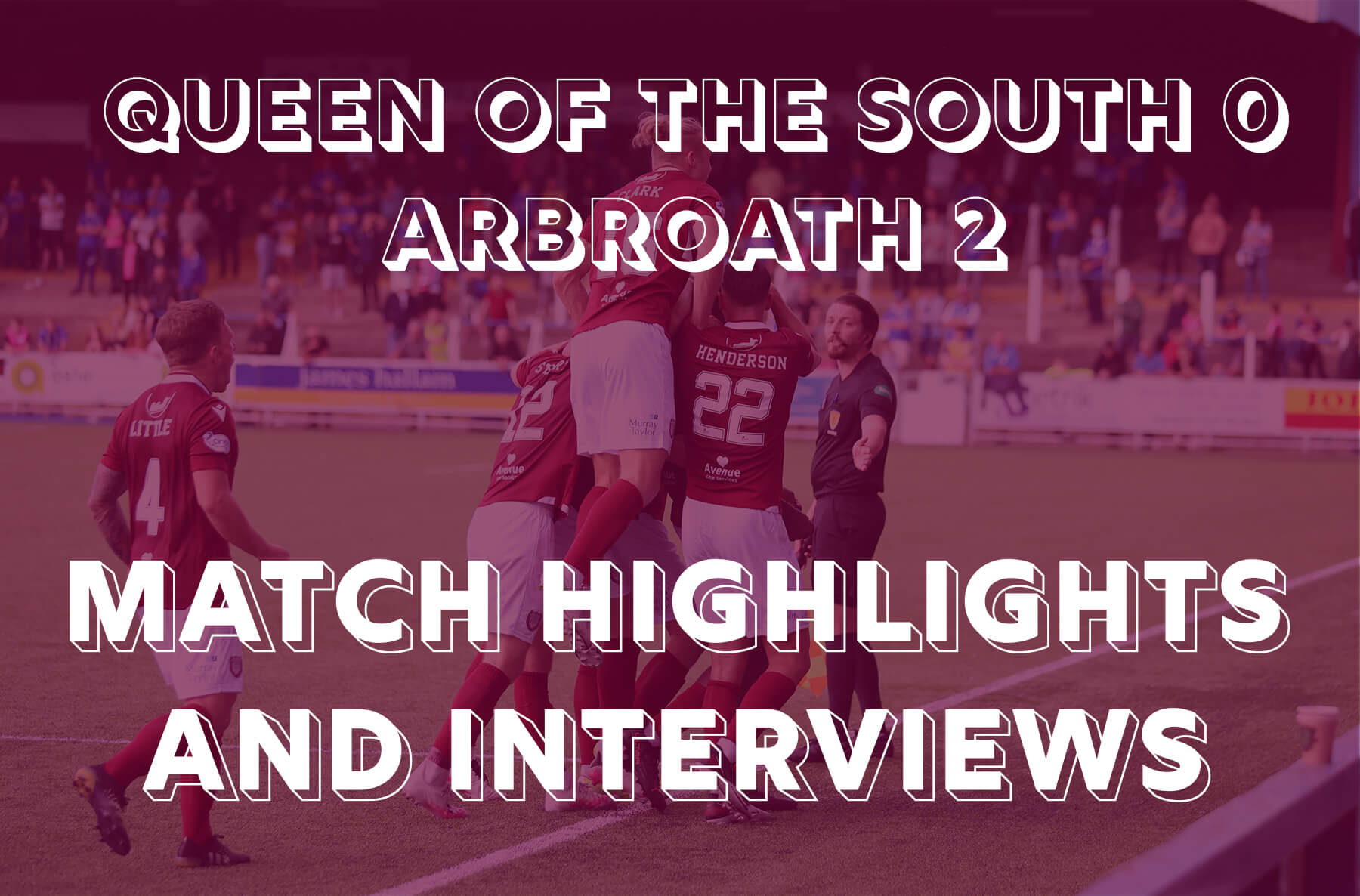 Arbroath FC Manager Dick Campbell talks to the press after his side defeated Queen of the South 2-0 at Palmerston on Saturday 18th September 2021.

A Thomas O’Brien header in the 16th minute gave the Lichties the lead, but a red card for David Gold in the 57th minute gave Queen of the South hope, despite intense pressure it was a goal from Joel Nouble in the 79th minute which sealed the points for Arbroath and their 4th win in a row in the Scottish Championship.

We caught up with striker Joel Nouble (with a cameo from Coach John Young) who netted Arbroath’s second goal in the 79th minute to seal the 3 points in another outstanding performance for Arbroath.

Joel shared his thoughts on the match with his natural instinct to take on players, and how he feels like he has been at the club for years, that the team are just focused on one match at a time and that he always has time for every single fan be it in person or on social media and the mutual support from his brother and of course when the supporters shout Nouble, Nouble, Nouble it really inspires him!

Many thanks to Joel and we look forward to more interviews with Joel this season!