Provost reception for The Lichties’ success 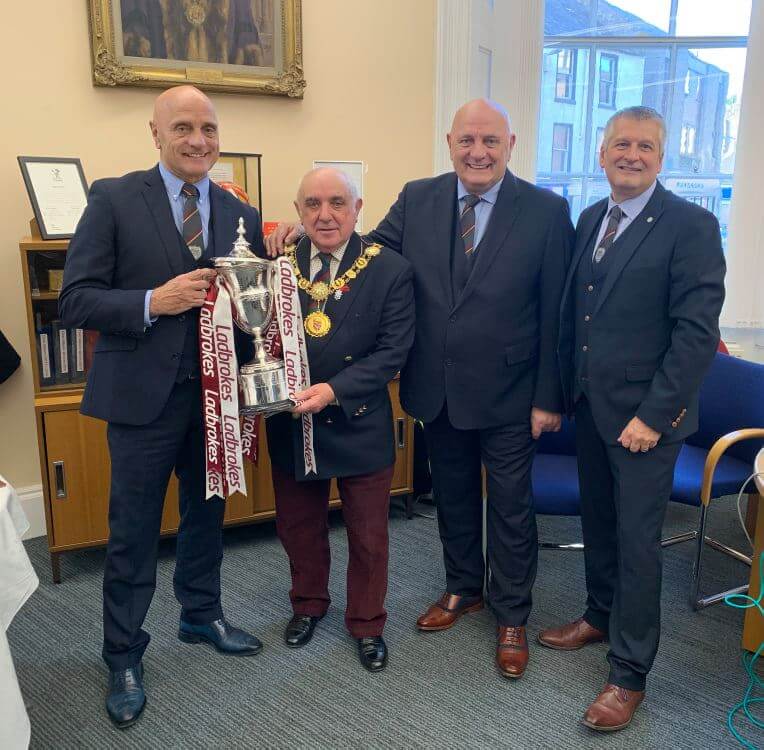 Provost reception for The Lichties’ success

Angus Council Provost Ronnie Proctor held a civic reception in honour of our success in winning the Ladbrokes Scottish League One last season.

In attendance at the event, which was held at the Provost’s Office at Forfar on Thursday 21st November, was Arbroath Manager Dick Campbell and assistant Manager Ian Campbell, along with club chairman Mike Caird and Directors of the board.

They were joined by Angus Council Chief Executive Margo Williamson and a number of elected members.

Councillor Ronnie Proctor said: “It was a great pleasure to welcome Dick, Ian and other members of the club to congratulate them on their tremendous achievements last season. We had hoped to do so sooner, but the delay gave me a chance to also say well-done for their continued efforts in the Championship this term. The spirit, determination and success of the team and the whole club does Arbroath and Angus proud.”

As a club we are delighted to be recognised for our performances on the pitch as well as bringing our local community together on and off the pitch.