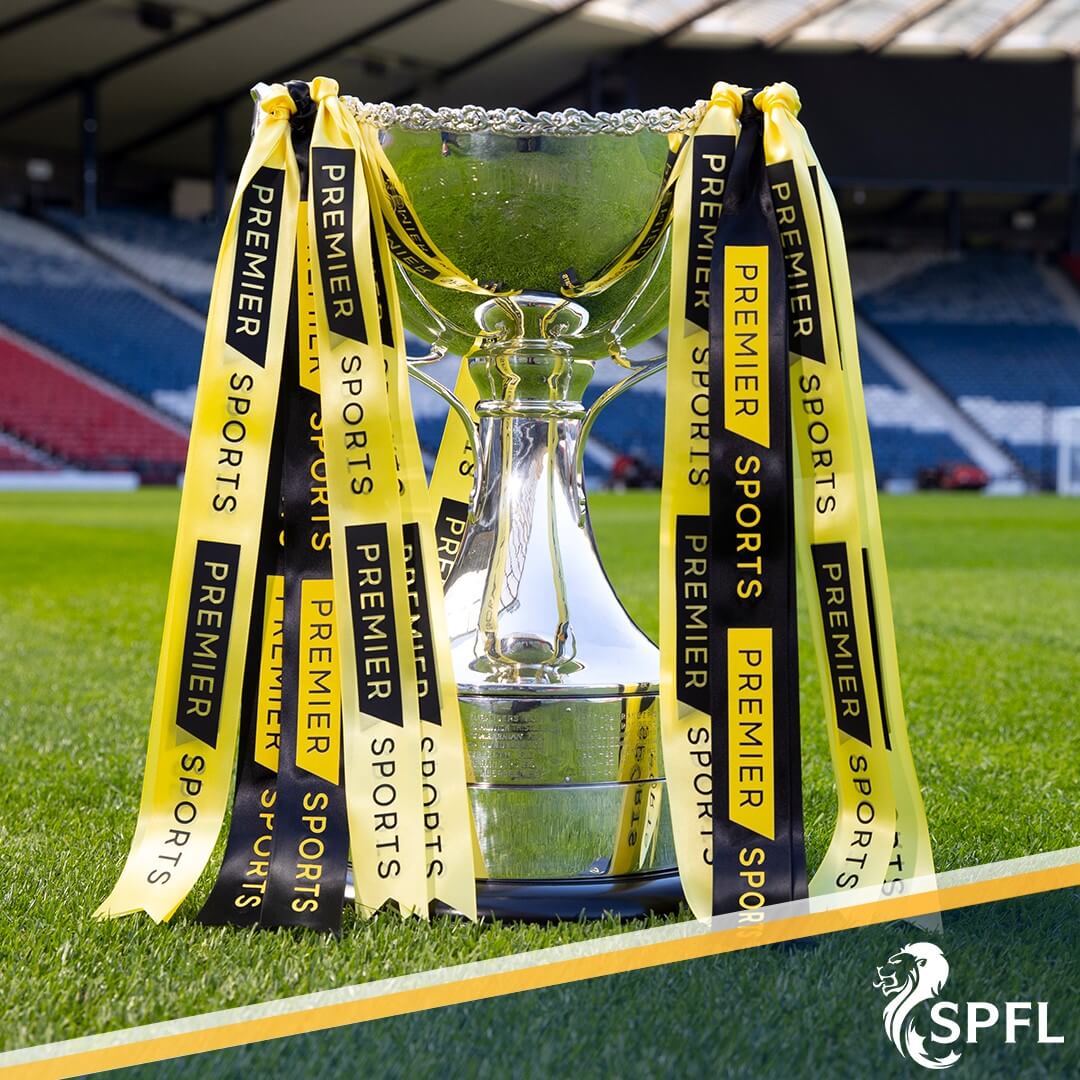 Premier Sports Cup – Draw Friday May 28th at 1pm
Premier Sports is the sponsor of the Scottish League Cup and he draw for the first round group stage of the 2021/22 Premier Sports Cup will be made on Friday May 28 at 1.00pm.
It will be shown live by Premier Sports via their FreeSports channel. FreeSports is available on Freeview HD channel 64, Sky HD channel 422, Virgin HD 553, TalkTalk 64, BT Vision channel 64 and is also available on the FreeSports Player — www.freesportsplayer.tv
The draw will also be broadcast on the SPFL YouTube channel.
With five SPFL clubs taking part in UEFA competitions next season, the Premier Sports Cup group stage draw will involve the other 37 SPFL clubs from 2020/21 plus Highland League champions Brora Rangers and Lowland League champions Kelty Hearts.
The new, additional slot in the group stage will be taken this year by East Kilbride, who finished as runners-up in the Lowland League this season. This follows the drawing of lots between East Kilbride and Fraserburgh, the Highland League runners-up.
Those 40 teams will be drawn into eight groups of five on a seeded and regionalised basis. Details of the seeding pots will be confirmed ahead of the draw.
The eight group winners and three best runners-up will join European qualifiers Rangers, Celtic, Hibernian, Aberdeen and cup holders St Johnstone in the last 16 of the competition.
Premier Sports Cup 2021/22 dates
Group stage
MD1: Weekend of July 10/11
MD2: Midweek of July 13/14
MD3: Weekend of July 17/18
MD4: Midweek of July 20/21
MD5: Weekend of July 24/25
Second round
Weekend of August 14/15
Quarter-finals
Midweek of September 21-23
Semi-finals
Weekend of November 20/21
Final
Sunday December 19