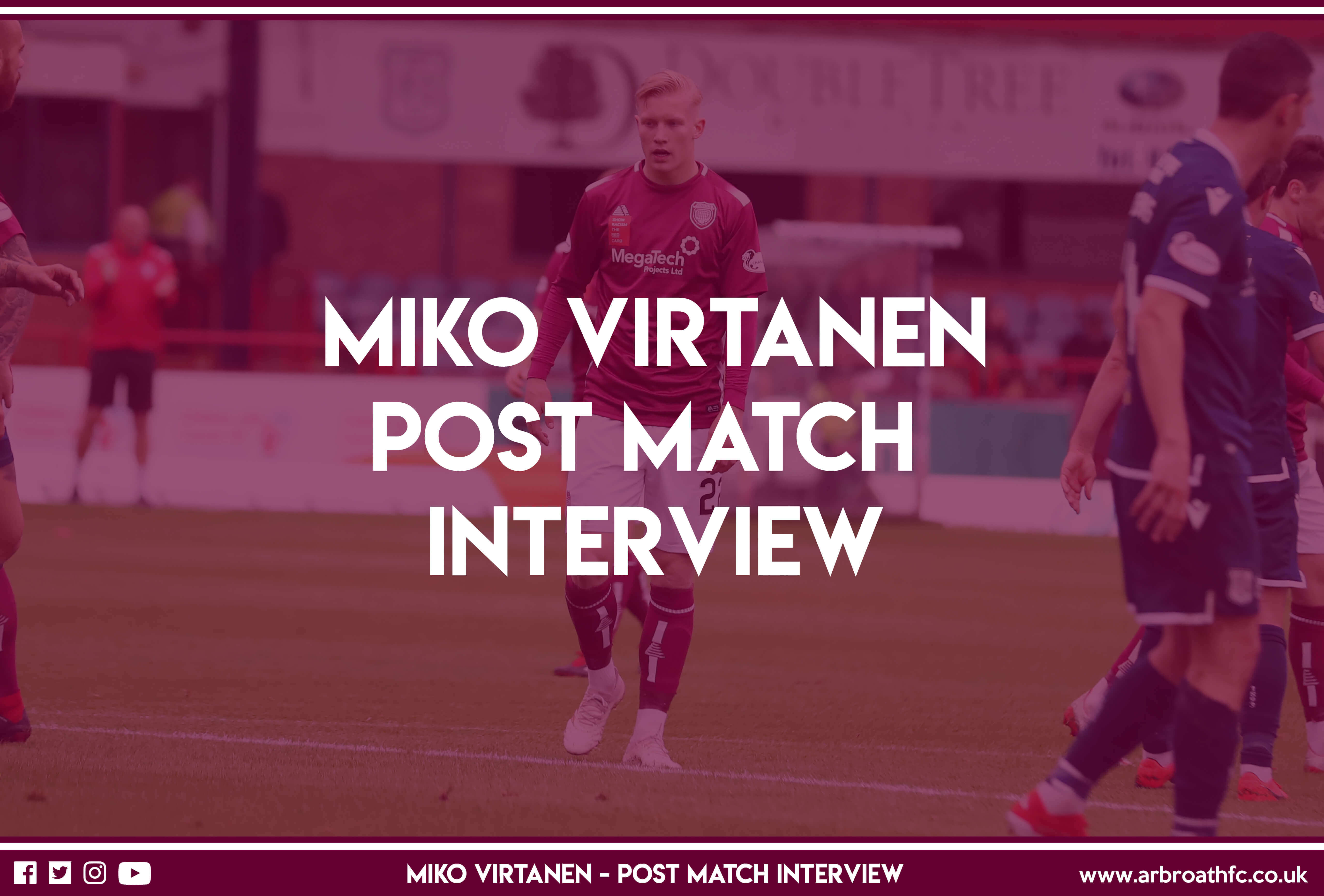 Post Match Interview – Miko Virtanen
We spoke to Miko Virtanen after yesterday’s match at Dens Park.
Miko made his first start for Arbroath having came on as a substitute against Dundee United and Ayr United.
The young Aberdeen loanee had an impressive full debut spanning the entire length of the pitch as he constantly broke up play, defended at the back and support the Arbroath attacks.
Miko leaves Scotland today for two Finnish Under 21 International matches (Malta and Denmark) and returns in 10 days. Miko is cup tied for the Clyde match and would have been unavailable for selection.
A short bio on Miko Virtanen
Miko and his family moved to England when he was 13 and caught the eye of English giants Everton during an international youth tournament and was snapped up by the English Premier League side.
Having spent 2 seasons with the Everton Youth Academy, Miko won a contract with Aberdeen after impressing during a week long trial.
Miko made 22 appearances in his debut season for the Aberdeen Development scoring 5 goals in 5 games whilst also being named as a first-team substitute on a number of occasions.
In June Miko signed a new two-year contract with Aberdeen keeping him at Pitodrie until the summer of 2021.
We are delighted to have Miko on loan at Gayfield and we look forward to seeing more of Miko in action for Arbroath.
C’mon the Lichties