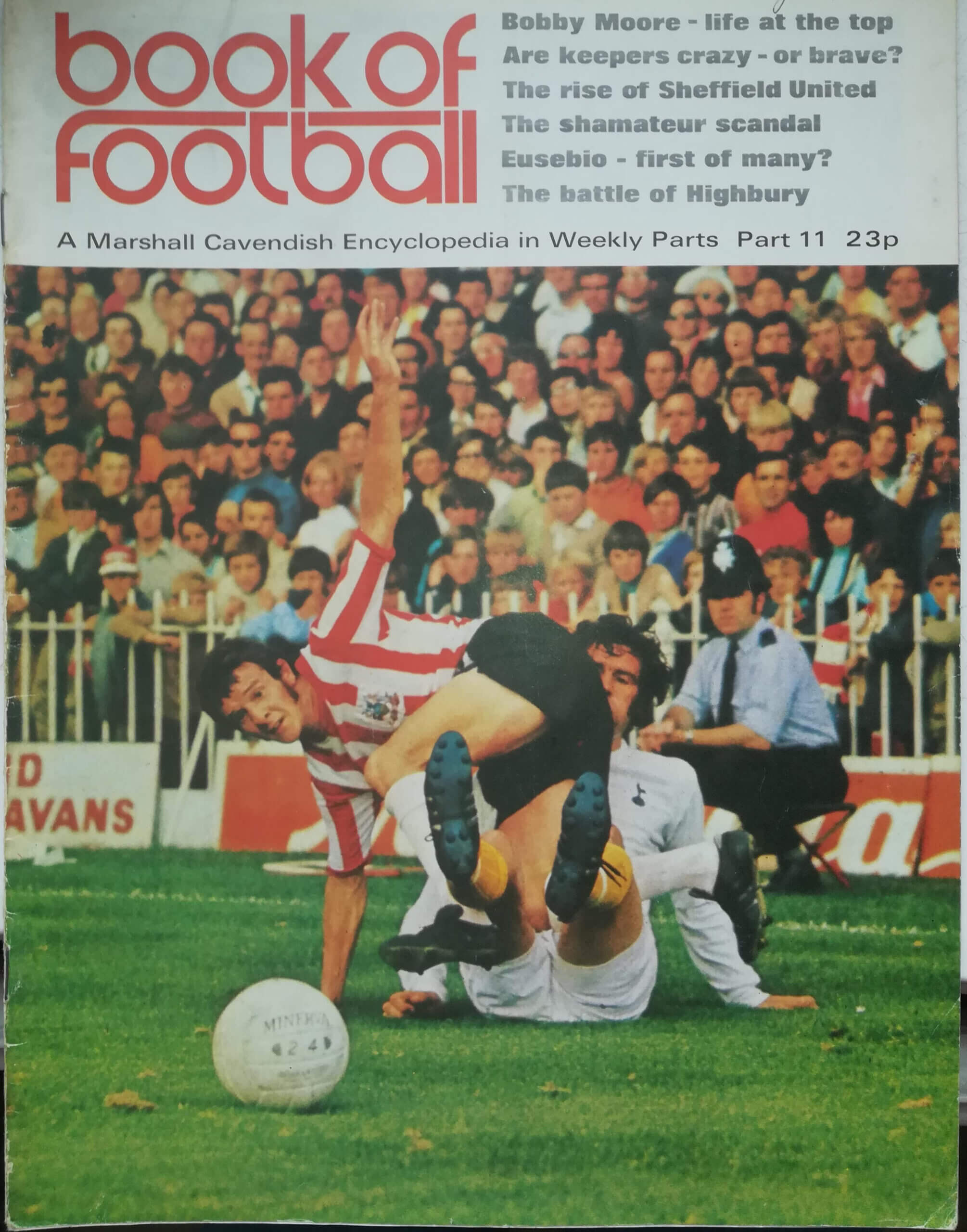 The beautiful film shot by Studio Something for A View From the Terrace was shown on BBC One’s Football Focus the other week.

It was a huge pleasure and slightly surreal to see Gayfield on the TV alongside Dan Walker.

Later that weekend we were sent a beautiful email from John Lucibello who wrote to tell us a lovely tale.

After moving to London in 1971, John decided to support a club in every division throughout the UK and one of those teams were Arbroath who at the time were in the Scottish 2nd Division.

On of the reason he decided to support Arbroath was from a piece in a weekly magazine called “The Book of Football” which came in weekly parts. The Lichties featured in Part 11” and a bargain at only 23 pence! 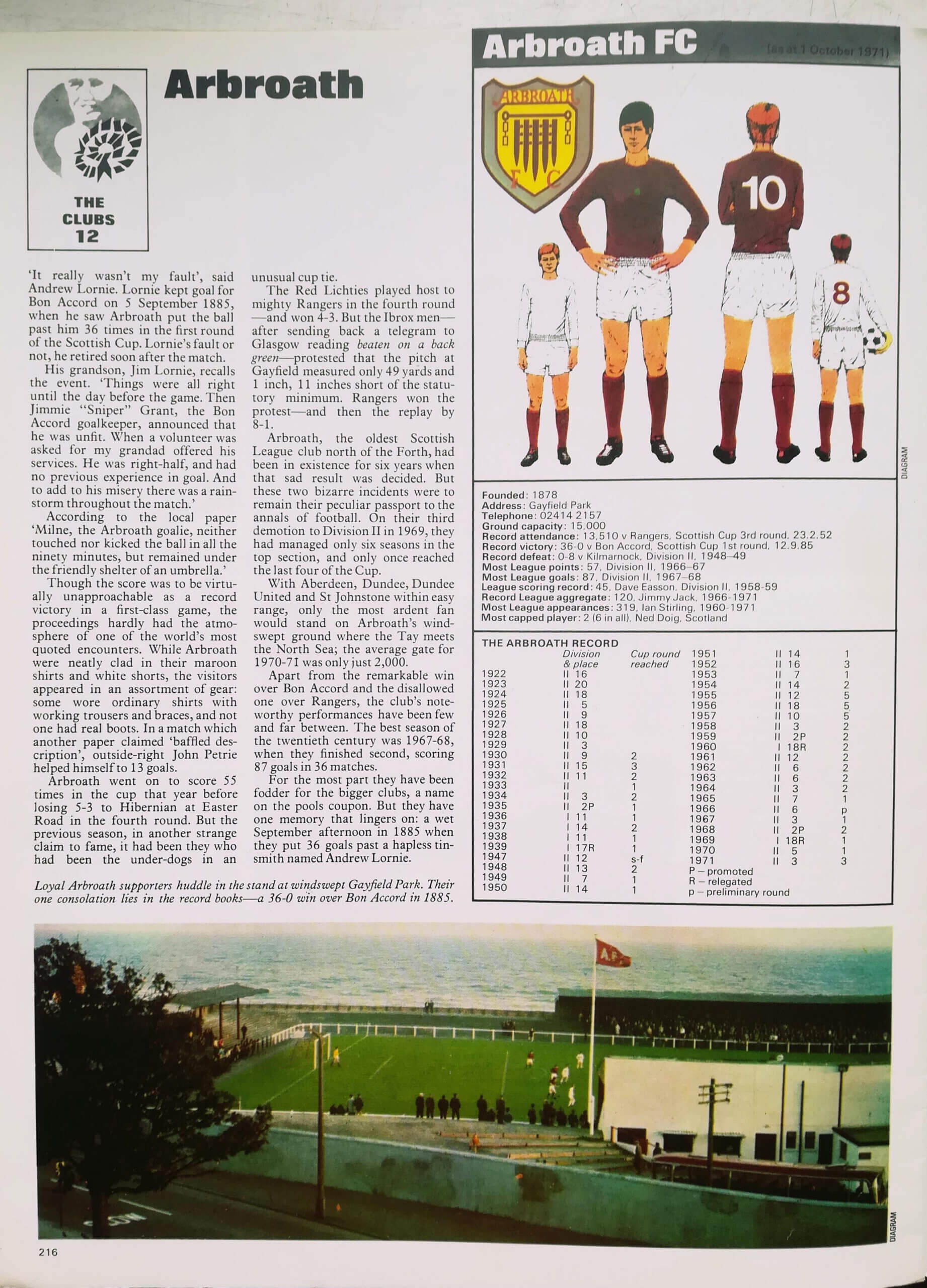 The article had a history of the club with the football kit and coloured shirt similar to the Cobblers (Northampton Town F.C) and this was enough for John!

We told John we would share the images he took so Arbroath fans could benefit of seeing them for the first time.

Thanks for your support John!