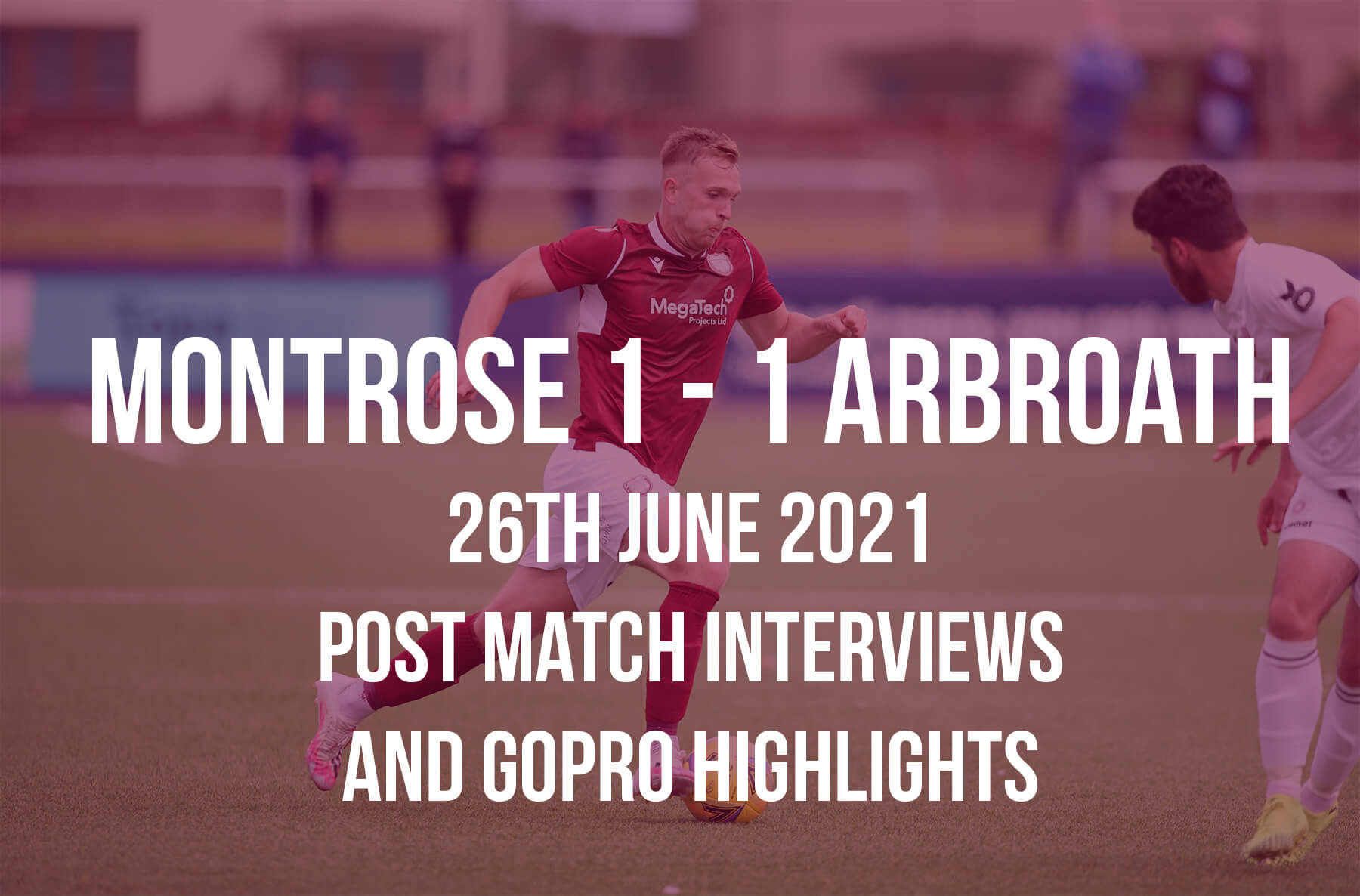 Many thanks to Ewan Smith who caught the post match thoughts of Arbroath Manager Dick Campbell who spoke to Ewan after his side drew 1-1 away to Montrose in the first pre-season fixture of 2021/22.

We caught up with defender Liam Henderson who joined the club over the summer after leaving Edinburgh City.

Liam made his Arbroath debut in the 1-1 draw at Links Park against Montrose in the first pre-season friendly of the new campaign.

Arbroath FC’s newest signing Dylan Paterson made an impressive debut after coming on in the 60th minute against Montrose, almost scoring a spectacular back heel effort.

We think Dylan will become a firm fan favourite with his skill and desire.