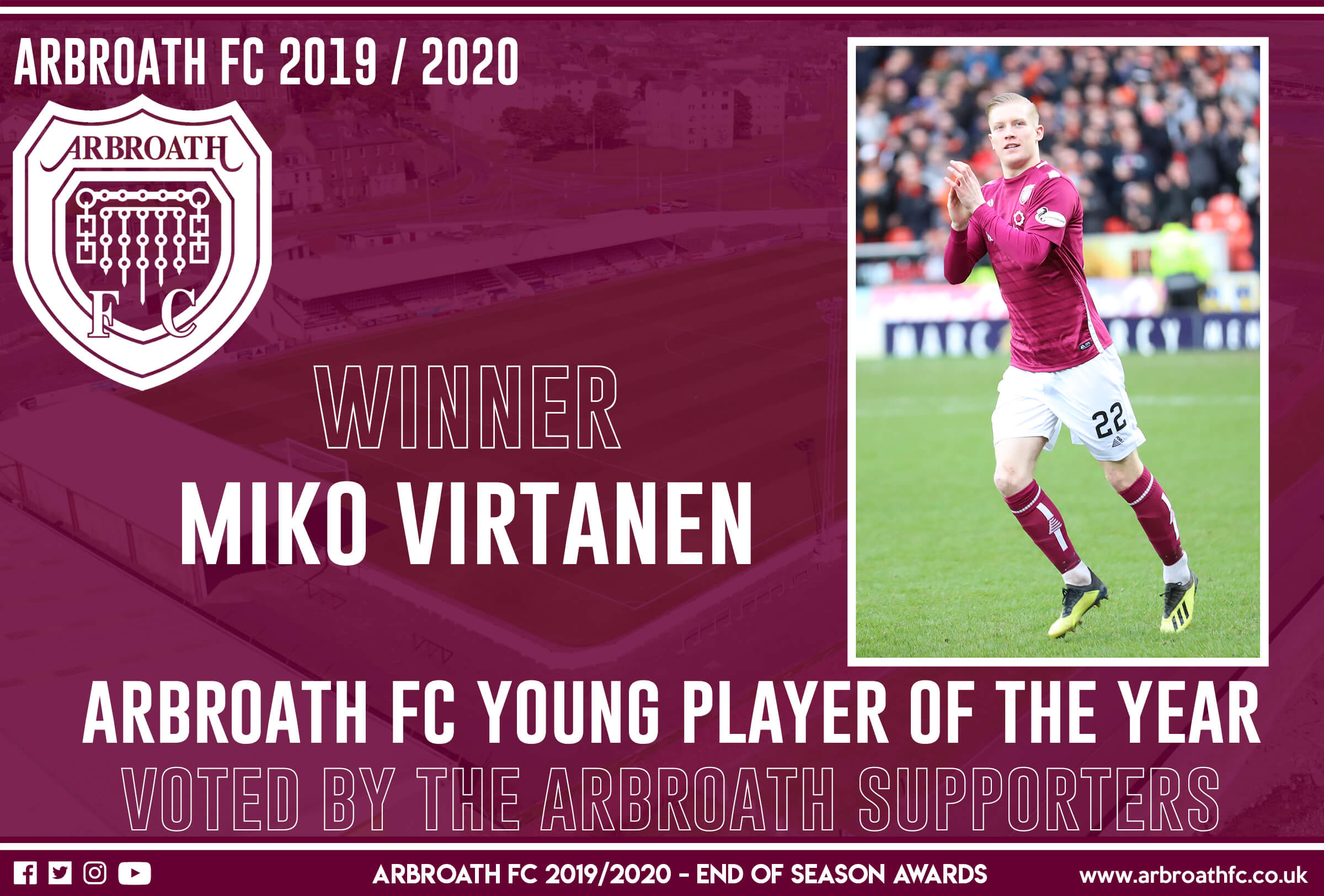 It’s his second trophy of the evening and congratulations again go to Miko Virtanen who you have voted your Arbroath FC Young Player of the Season.

Thank you again to everyone who voted, we were overwhelmed by the votes and Miko was your winner!

Miko arrived at Gayfield on loan from Aberdeen and slotted seamlessly into our dressing room and team.

In his first full start for the club at Dens Park against Dundee, Miko’s style of play soon had the Arbroath fans excited as the young Finnish midfielder put his body on the line for the club, but had a technical ability and skill to help the back 4 but also play the ball up field to the forward line and cover his fellow midfielders.

Miko’s performances grew more impressive by each game and became an ever present in the Arbroath midfield.

We have had the pleasure of getting to know Miko, and watch his development in the Championship. We are all excited to watch on as Miko looks set for a stunning professional career.