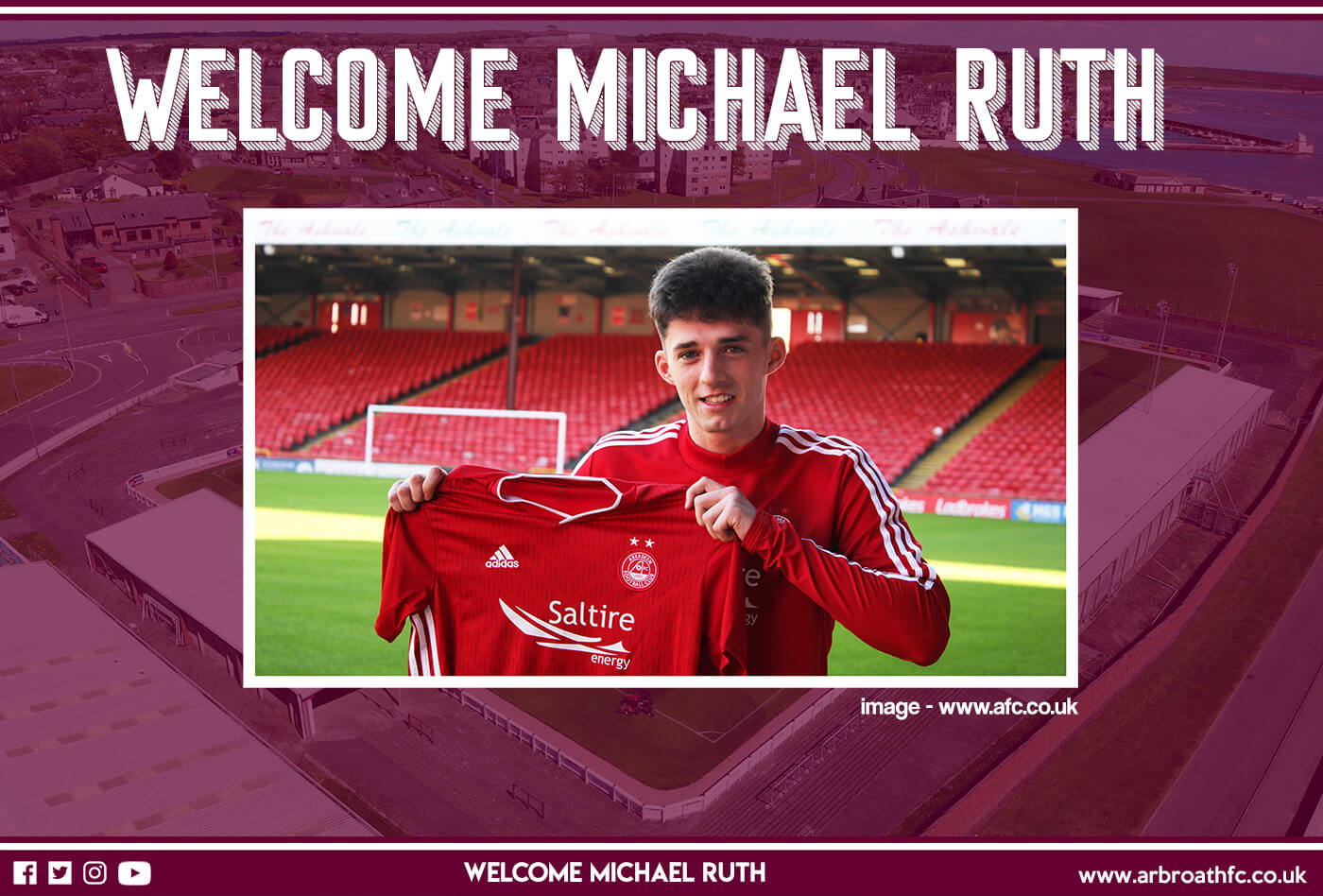 Michael Ruth
Arbroath FC are thrilled to announce the signing of 18-year-old striker Michael Ruth who joins the club on loan from Aberdeen.
Aberdeen fended off competition to sign Michael from Queen’s Park in June 2019, where he had been since the age of 9 as he progressed  through the Queen’s Park Youth Academy.
The Queen’s Park Youth Academy has produced a ray of talent in recent years including the likes of Andy Robertson and Lawrence Shankland.
The young striker broke into the Queen’s Park side in 2018 making his debut on the 31st March 2018 at Hampden against Airdrieonians.
He would go on to make 7 appearances in League Two and scored his first senior goal against Albion Rovers at Cliftonhill, whilst also having represented Scotland at U16 level.
At Aberdeen he has been with the reserve side under the guidance of former Arbroath Manager Paul Sheerin which has developed some outstanding young players in recent times.
Whilst the Development league was cut short, Michael’s goals and performances during the season were acknowledged as he was voted Aberdeen’s Development Player of the Year for Season 2019/2020.
Michael knows Don’s team mate Miko Virtanen very well and will join his Arbroath team mates at training very soon.
Michael has already been on the bench for Aberdeen this season in the Premiership and we are all looking forward to seeing him in action at Gayfield.
We would like to again thank Derek McInnes and everyone at Aberdeen FC for the loan of another one of their very talented young players.
Welcome to the club Michael!
C’mon the Lichties