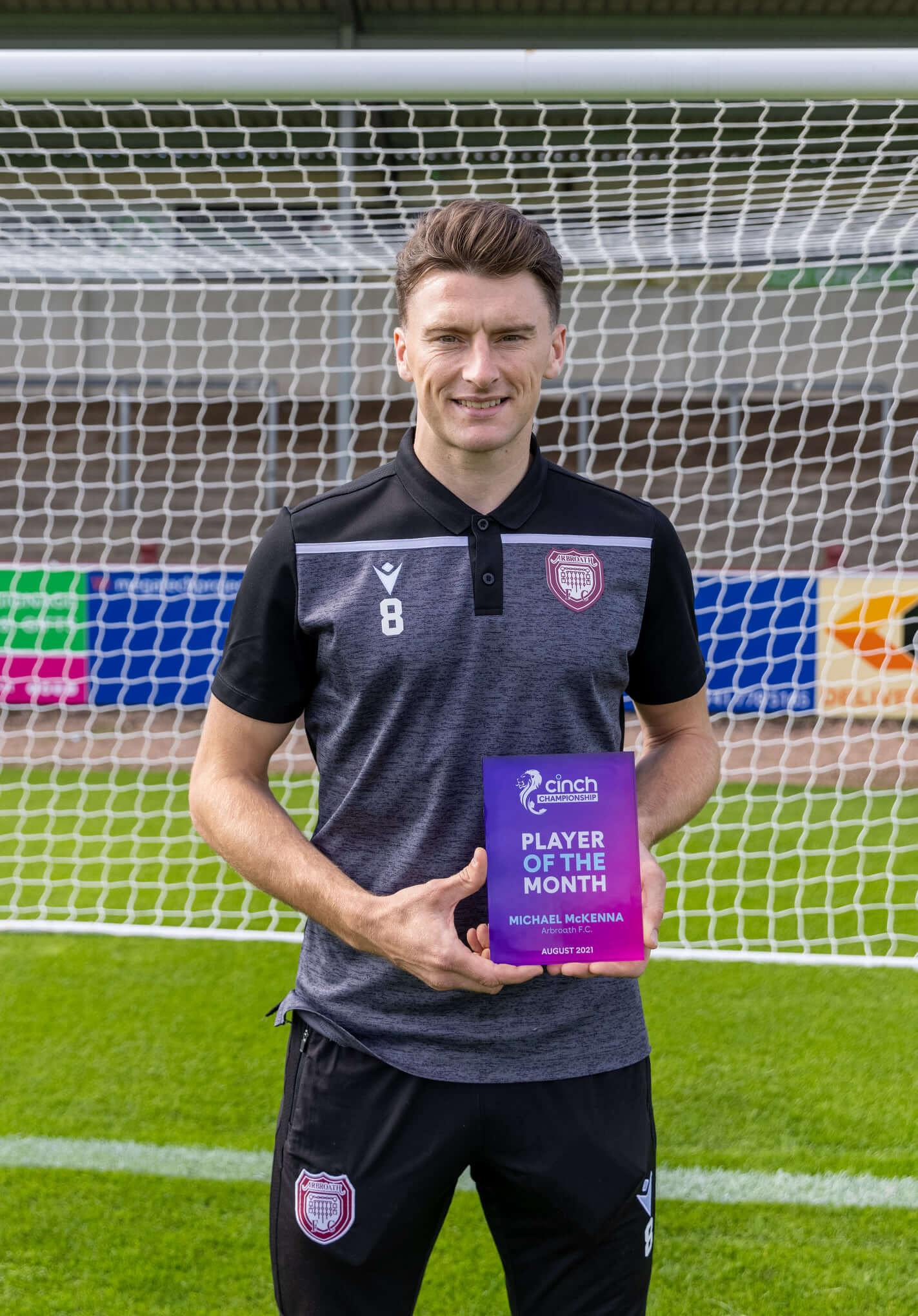 Everyone at Arbroath FC would like to congratulate our very own Michael McKenna who has deservedly been named the inch Scottish Championship Player of the Month for August.

With 5 goals in the opening 5 games, Michael has continued that rich form adding to his tally with his 6th goal on Saturday.

Michael signed for Arbroath from Berwick Rangers in January 2018 and quickly became a fan’s favourite with his intense work rate and his determination to win and quickly integrating himself into our team.

Lifting the Scottish League One Title soon followed and Michael has developed into a top Championship player.

This season playing in almost a number 10 position, it has seen Michael flourish and we hope there are many more goals and team performances to come!