Arbroath finally got their hands on the Ladbrokes League One Trophy on Saturday after having led the league from day one.

The atmosphere before kick off was brimming of excitement as Arbroath Manager Dick Campbell led out his the team out through a guard of honour from Dumbarton.

The Lichties were without key defenders Jason Thomson and Thomas O’Brien through injury and suspension which meant midfielders David Gold and Mark Whatley deputised at right and left back respectively.

Arbroath started brightly with Luke Donnelly pulling a shot just wide of the left post after 7 minutes   before Ryan McCord forced Conor Brennan into a good save from 12 yards just 10 minutes later.

In the 22nd minute Omar Kader was denied by the leg of Brennan after gliding into the box and firing a low angled drive. 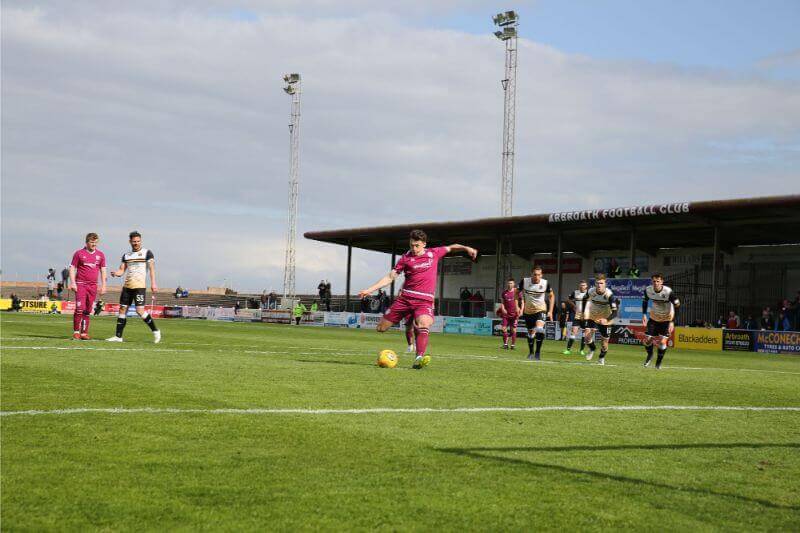 Dumbarton’s opening chance came on the back of Brennan’s save with a long ball being latched onto by Callum Gallagher.  The striker didn’t fully connect with the ball allowing Darren Jamieson a routine save.

Brennan was again called into action, this time palming a Ryan McCord free kick around his post in the 32nd minute.

Despite the game not being played at normal league tempo it was full of moments of quality and Stuart Carswell was unfortunate when his curling effort from the edge of the box rattled the Arbroath bar.

As the second half got underway Arbroath Captain Mark Whatley almost notched his first goal of the season with a 20 yard drive which looked in until the last moment when it curled away.

The Sons had passed the ball out of their own 18 yard box up the field and Gallagher showed a great touch to latch onto a Dom Thomas pass at the near post to beat Jamieson.

The game really came to life in the 62 minute.   Dumbarton denied both Greig Spence and Luke Donnelly in a goalmouth scramble.   With Brennan tangled up in a body of players, McCord remained calm and picked his spot in the gaping goal.

As the Arbroath fans started to celebrate, defender Cameron Ballantyne threw himself at the ball making the save of the game as he punched the ball out for a corner.

Despite his claims that he headed the ball, the red card was inevitable which allowed McKenna to place the ball on the spot and equalise – although Brennan was unlucky as he managed to get a glove to the ball.

Both keepers continued to impress as Jamieson denied Bobby Barr with a point blank save on the line before Brennan denied Colin Hamilton with a finger tip save over his bar.

Bobby Linn replaced McCord and was given the chance to give the game a Hollywood’s hero ending as he stepped up to take a free kick just outside of the box.

The Dumbarton wall did its job and Referee Peter Stuart soon blew the whistle on the game and Arbroath’s journey in League One.

Next stop the Championship! 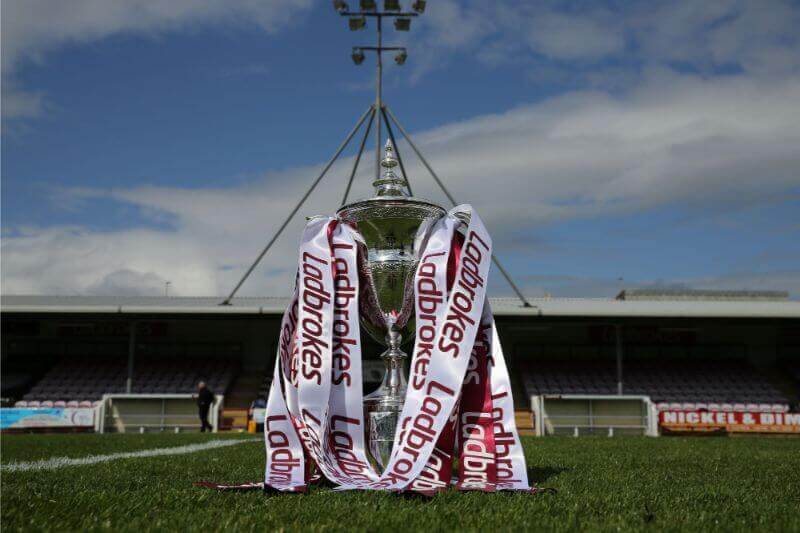 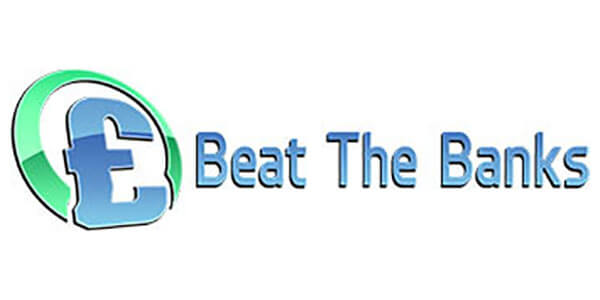