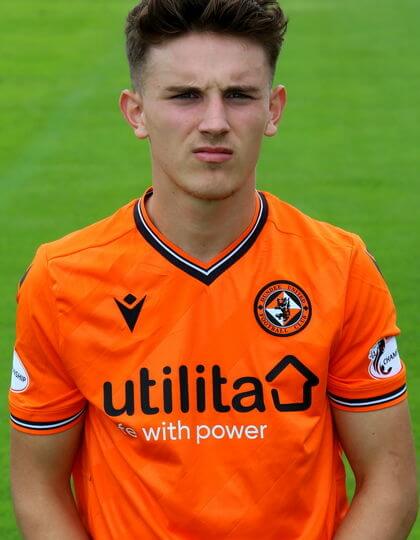 Logan Chalmers arrives on loan
Arbroath FC can today confirm that Logan Chalmers has joined the club on loan from Dundee United until the end of the season.
Logan, who is 19 years-old is a left footed striker who can also play on the wing.
Logan has been with Dundee United from the age of 10 and has played regularly for the Development side and also been capped for Scotland at U15 and U17 level.
He scored his first Championship goal against Morton in a 6-0 thumping at Tannadice.
Logan came on against Arbroath at Tannadice in September whilst also played against the Lichties in the Betfred Cup last season.
We will give Logan a warm welcome to Gayfield and look forward to seeing him in action.
Welcome to the club!
Photograph courtesy of Dundee United