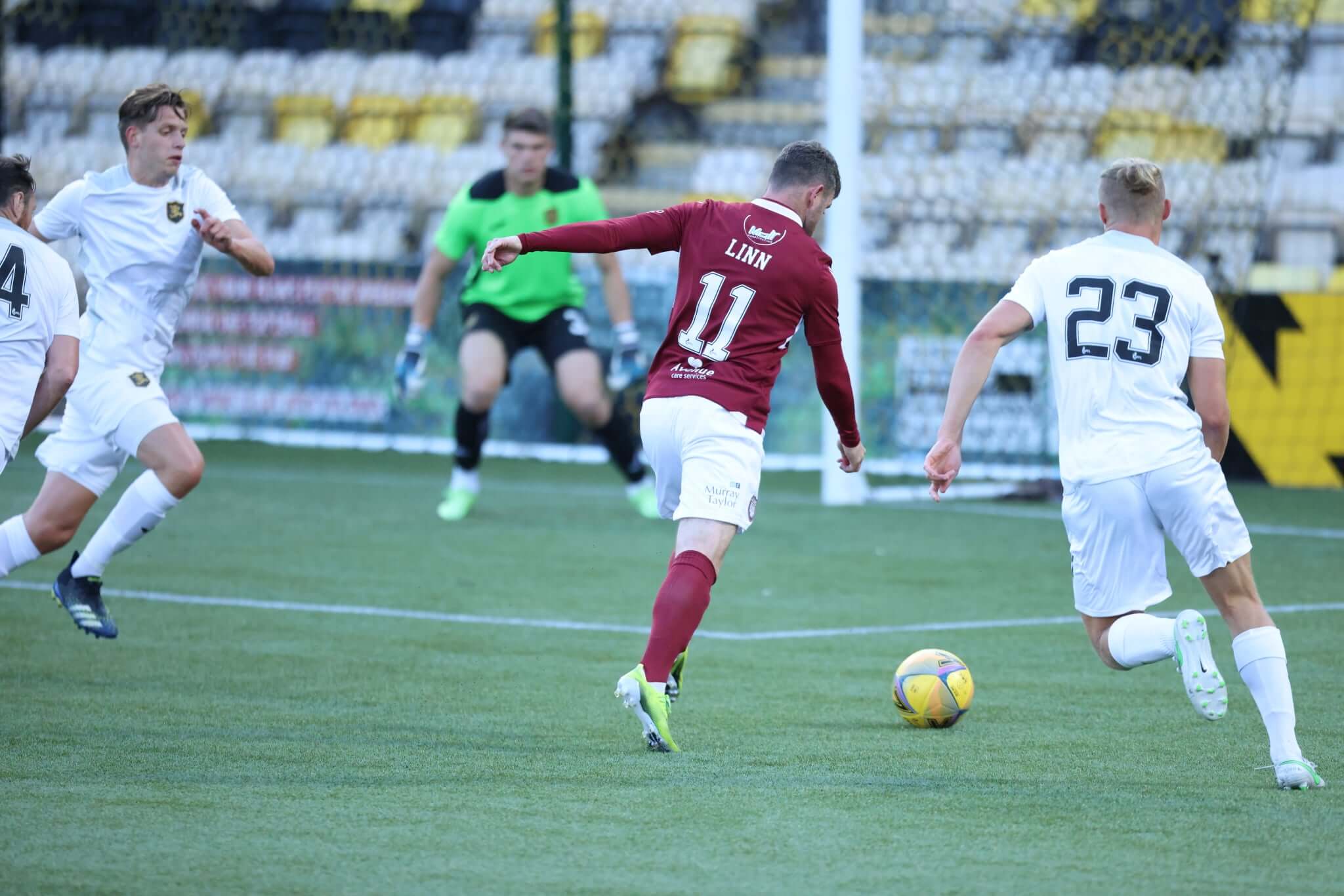 Arbroath traveled down to the Toni Macaroni Arena on Monday night to take on David Martindale’s Premiership Livingston side for their 4th pre-season match in 9 days.

Manager Dick Campbell made 6 changes to the side that started against Bo’ness Athletic on Friday with Calum Antell, Gavin Swankie, Trialist Andrew Osei-Bonsu, Bobby Linn and Luke Donnelly all dropping to the bench with Liam Henderson missing out.

The Lichties lined up in a 443 with Derek Gaston in goal, Scott Stewart playing right back, Ricky Little and Colin Hamilton as the central pairing with James Craigen playing left back.

In midfield Dylan Paterson, Nicky Low, Michael McKenna and David Gold with the trialist striker and Dale Hilson up front. 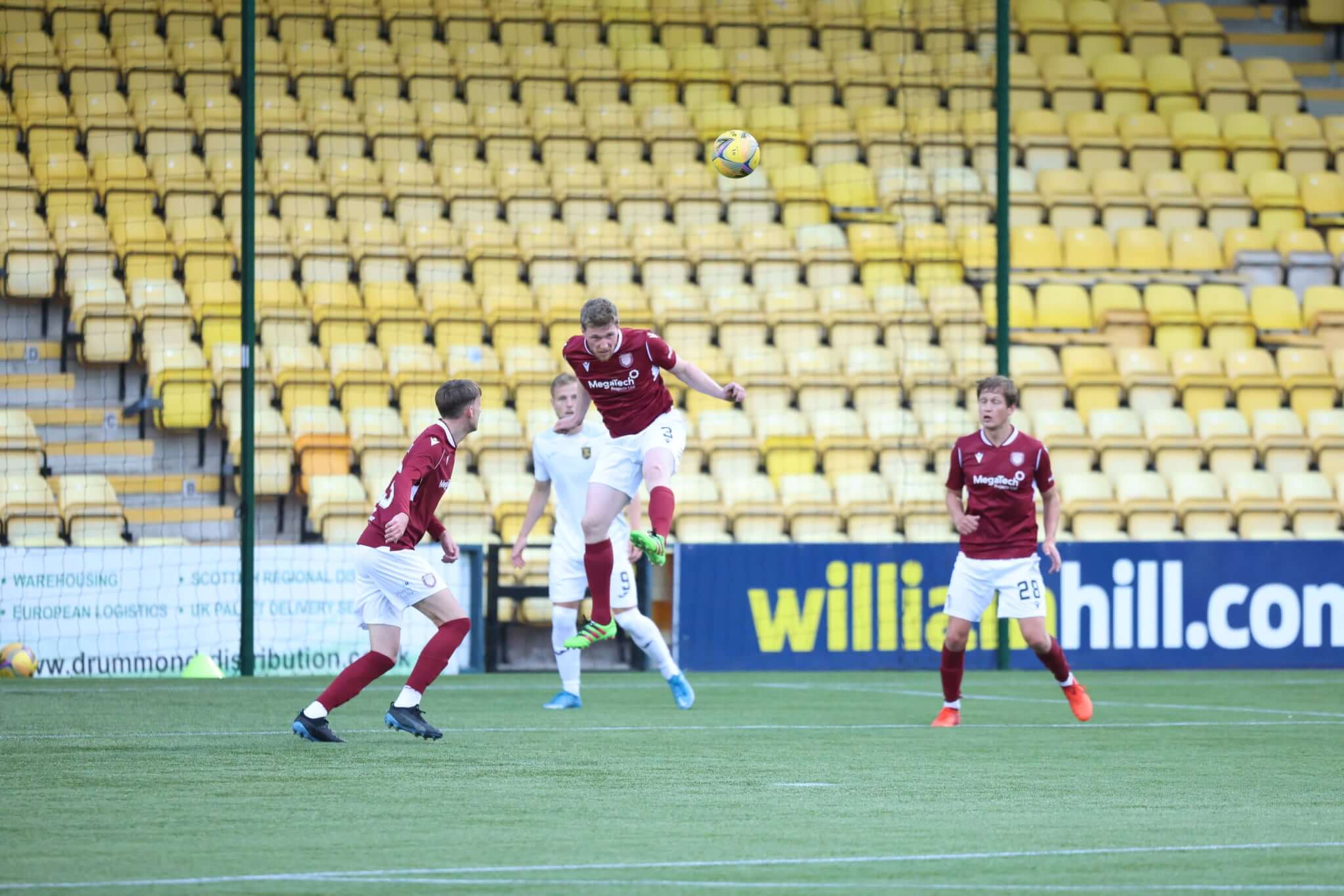 Livingston named a very strong line up including 6 of their 7 summer signings which included Daniel Barden and Adam Lewis who are on loan from Norwich City and Liverpool.

Former Lichties Jack Hamilton and Carlo Pignatiello were in attendance but Jack was out with a knock and Carlo has joined Dumbarton on loan for the season.

The match was just into the 3rd minute and Livingston were awarded a penalty by Referee Steven McLean after Jaze Kabia was deemed to have been fouled as a corner kick was swung into the Arbroath box.

New signing Bruce Anderson stepped up sending Derek Gaston the wrong way to give the hosts the dream start.

This was only Livingston’s second pre-season friendly and they were looking quick and sharp on their astroturf pitch but Arbroath’s trialist striker won a free kick after showing good skill turning his man before being chopped down as he advance towards the 18 yard box.

For the next quarter of an hour Arbroath enjoyed the vast majority of possession and had some slick passing moves but just failed in troubling Daniel Barden in goal.

Livingston were fast on the break and came close in the 18th as Pittman fired wide before Jaze Kabia hit the Arbroath post just two minutes later.

The second goal did come and it was a long ball over the top which Anderson chased before crossing into the box and it prodded into the net from close range by James Penrice in the 36th minute.

Derek Gaston made an excellent save from Jackson Longridge who connected perfectly to a volley but the Arbroath keeper made a stunning save.

Sadly for Arbroath and Derek Gaston his night was to take a pre-mature end in the 52nd minute. As Gaston went for the ball in a crowded box from a corner kick he yelled out in agony and quickly signalled to the bench that he was unable to continue with Calum Antell coming on for his second Arbroath appearance.

Derek had dislocated a finger, but remarkably once he was off the field he was able to pop it back in again. Derek will have a better idea of how his finger is come the morning, but obviously was in a lot of pain when it happened and we are all hoping he will be back soon.

Livingston made it 3-0 just 5 minutes later after winning a free kick near the corner flag. Kabia, who was fouled swung the free-kick into the box and Penrice was quickest to the ball and he found the net on the inside of the post.

Luke Donnelly replaced Dylan Patterson in the 60th minute as Arbroath looked for a goal to get back into the game.

Livingston started to make a series of substitutions including in goal but it was Scott Stewart who was playing right back who made the tackle of the evening as dashed into the path of Adam Lewis who was away to pull the trigger with a stunning sliding tackle to prevent a certain goal in the 65th minute.

Arbroath almost got a goal back after great play by the trialist striker down the left wing who set up Luke Donnelly, with Livingston player’s blocking his shot on the line before a stramash of the ball being pinged about.

Fitzwater was shown a yellow card for taking out Hilson with a cynical challenge in the 77th minute beforeArbroath’s best play of the game game in the 78th minute when Bobby Linn weaved in and out of two defenders before unleashing a shot at goal which Max Stryjek did well to push over his bar.

From the resulting corner kick the ball was played back out to the wing before being played into the path of the unmarked Gavin Swankie who drove a low shot at goal from 20 yards but alas Stryjek was there once again and made the save.

Substitute Allan Forrest made it 4-0 in the 80th minute with fine goal after being played in by on-loan Liverpool left back Adam Lewis.

It was a tough night for the Lichties but despite the scoreline showed great fight and skill throughout and this was the type of match that really tests them in preparation for the restart of the Championship.

Pre-season is all about getting minutes under the belt and fitness levels up and with their 4th game in 9 days this has certainly been achieved.

The Lichties now have a few days to prepare before they travel to Elgin City on Saturday.