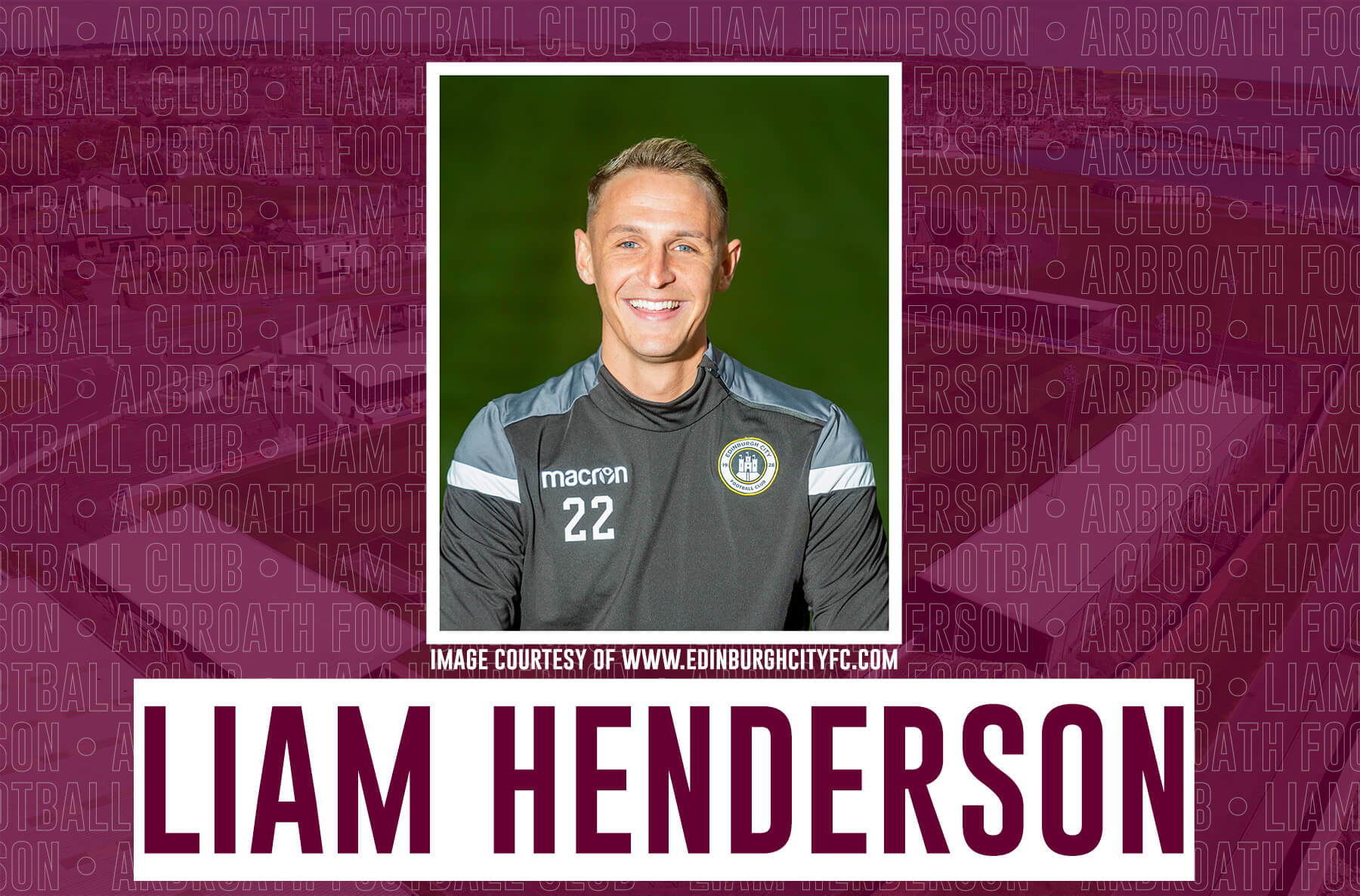 Arbroath FC are thrilled to announce that 24-year-old defender Liam Henderson has agreed to sign for the club for our 3rd season in the Scottish Championship.

Liam joins the club from Edinburgh City. The former Hearts Youth player spent time on loan at Stenhousemuir before moving to Falkirk at the start of the 2016 / 2017 season.

Liam had the chance of a lifetime when he was offered the opportunity to sign for Stirling Lions in the National Premier League of Western Australia.

Upon Liam’s return to Scotland, he resigned for Edinburgh City in August 2018 where he has been since.

In total he has made 97 appearances for Edinburgh City and has scored 14 goals.

Liam’s versatility is matched with his athleticism, pace, height and for a defender he is regularly on the scoresheet having netted 5 goals this season including a hat-trick against Albion Rovers.

Liam was named City’s 2020 Player of the Year but Arbroath Manager Dick Campbell has won the race for his signature for the new season.

Arbroath Manager Dick Campbell said “I’m delighted to secure the signature of Liam. He has all the attributes that I look for in an Arbroath player and is a fantastic addition to our team.”

Liam joins Nicky Low in our first summer signings with the Scottish summer transfer window opening on Wednesday June 9th our Management team are working hard on bringing in new players for the upcoming season.

Welcome to the club Liam!