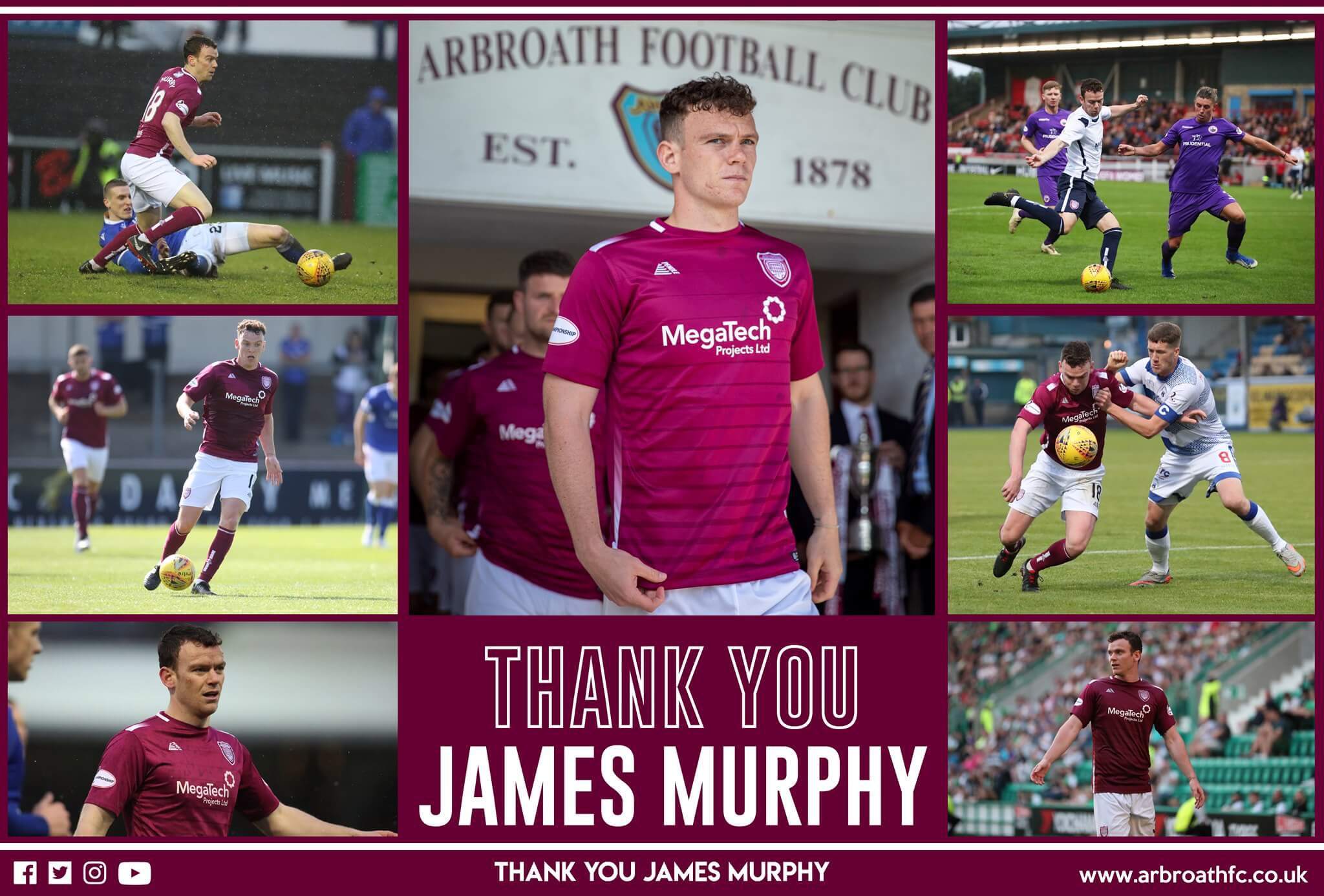 Arbroath FC can tonight announce that midfielder James Murphy has decided not to return to Scotland and will be signing for a full time side in his home country of America.

The world pandemic currently facing the entire world has made it very hard for everyone to plan and live out their normal lives and James safely made it back to America in March where has been reunited with his family ever since.

Arbroath FC would like to thanks James for his time with Arbroath FC and being part of our team which finished 5th in the Scottish Championship.

Having grown up in Scotch Plains in New Jersey, James was named the 2013-2014 Gatorade New Jerseys Boys Soccer Player of the Year. He went on to go through the ranks at the Player Development Academy in New Jersey making 5 appearances for the United States U20 side in 2015.

In June 2016 James signed a professional contract with Sheffield Wednesday in England and was a regular in the Owls Development squad playing a big part in their Professional Development League Championship win in 2016/2017. James made one senior appearance whilst at Hillsborough in a League Cup game at Cambridge.

In March 2018 James returned to America signing for Los Angeles Football Club in the MLS where he made his debut in a friendly against Borrusia Dortmund. James was sent out on loan Las Vegas Lights FC in the United Soccer League (USL) Western Conference in June where he enjoyed a loan spell.

James featured for the Lichties as a trialist in pre-season matches against Hibernian and Montrose and impressed with a real comfort with the ball at his feet, picking out passes and battling for the ball.

A move to sign James was completed minutes before our Betfred Cup match against Stirling Albion on the 17th July 2019, where James would go onto make his debut in the 37th minute coming on for the injured Jason Thomson in our 6-2 victory.

James made his first full start at Easter Road against Hibernian in our very next match in the Betfred Cup.

Championship – 10 starts, 7 appearances from the bench.

James Murphy – 13 Competitive Starts, 10 appearances from the bench in 36 matches for Arbroath.

We would like to thank James for his time in Scotland with Arbroath and it was a pleasure to have him in our team.

A fantastic professional and at only 22 years old a true gent. We were lucky to get to know him, and also welcome his family to Gayfield earlier this year.

Thank you James and you will be welcome back at Gayfield anytime. Stay Safe.