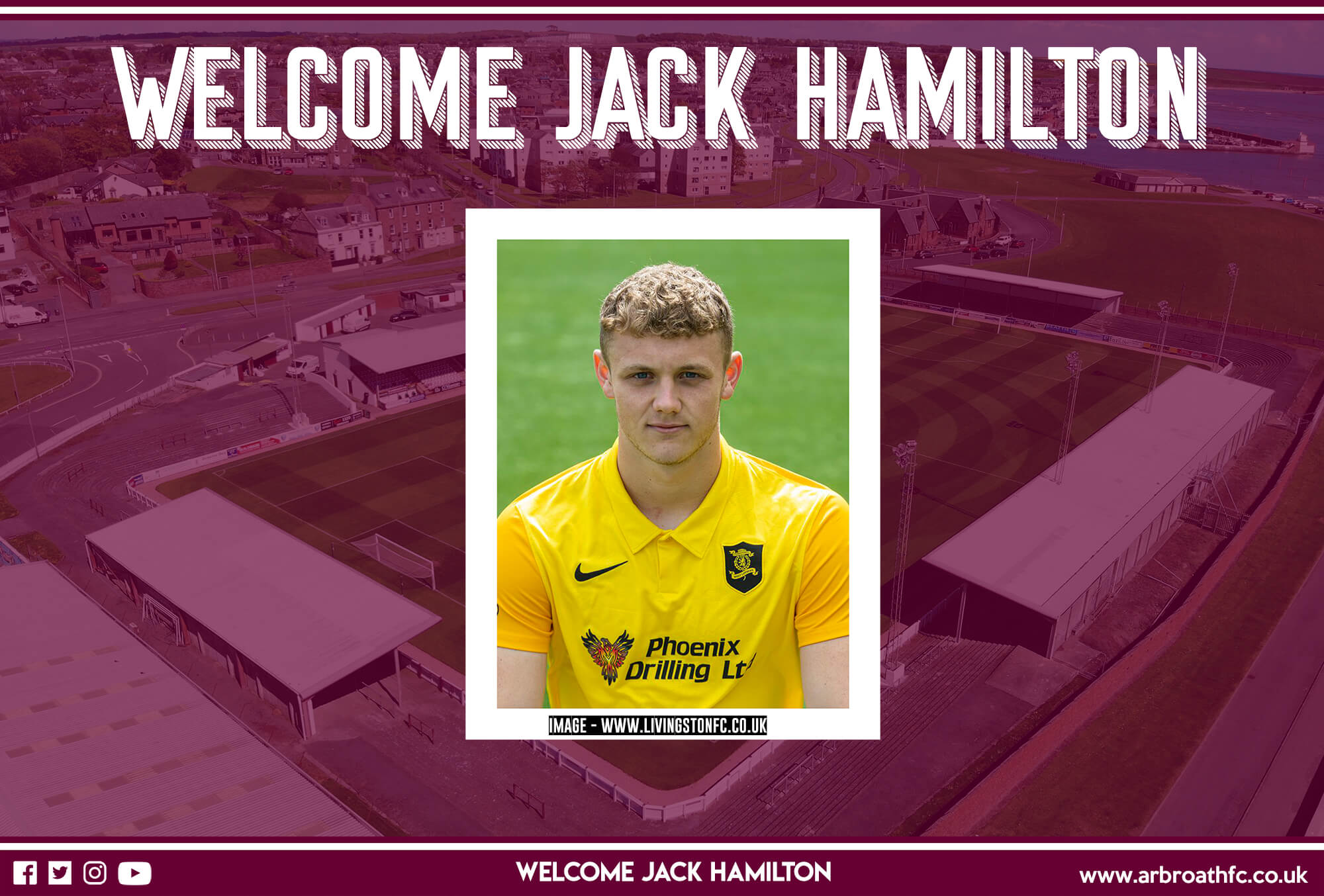 Arbroath FC are delighted to announce the signing on striker Jack Hamilton who joins the club on loan from Premiership side Livingston.

Arbroath FC would publicly like to thank Livingston FC and especially Manager David Martindale  for their co-operation and allowing Jack to make the move to Gayfield Park.

Twenty-year-old Jack has been with Livingston since 2017, but has enjoyed loan spells at Penicuik Athletic, Berwick Rangers, Alloa Athletic, Queen of the South and this season enjoyed a successful loan at  East Fife where he scored 9 goals in 13 games (7 league goals in 9 games) and was named SPFL Scottish League One Player of the Month for December.

Jack was recalled by Livingston on the 8th January and scored on his return against Ross County in the Premiership before coming on against Celtic at Parkhead in the 75th minute in the 0-0 draw.  Just days later and Jack started against Celtic in the 2-2 draw as he led the line at the Tony Macaroni Arena.

At a young age Jack already has vast experience in the Premiership, Championship, League One and League Two and will be a great addition to our team.

Jack will go straight into the squad for tomorrow’s trip to Greenock Morton.