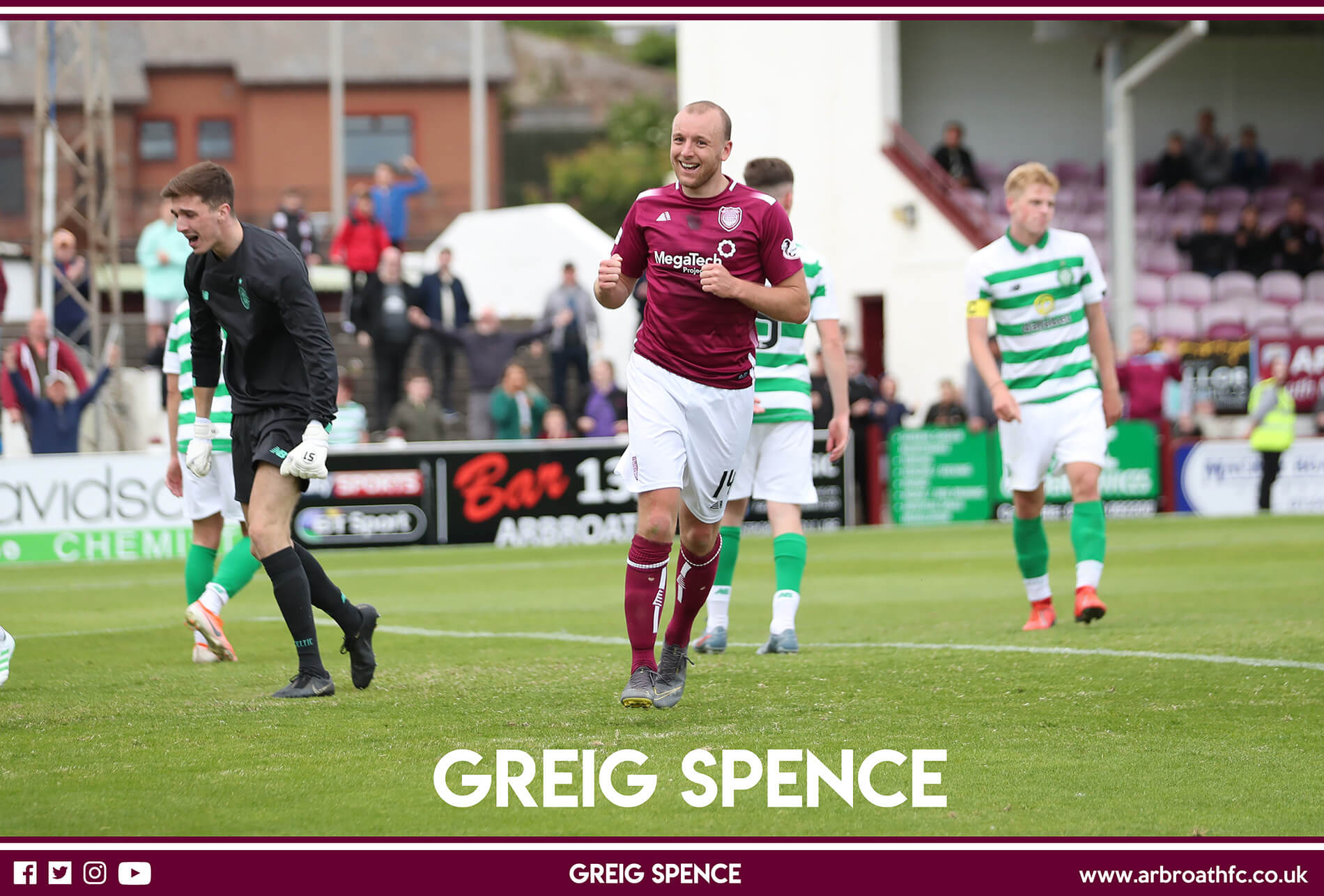 Greig joined the Lichties from Alloa Athletic in January 2019 and scored on his Arbroath debut against a Celtic XI in a 4-3 friendly win.  Greig instantly and seamlessly integrated himself into the Arbroath dressing room and won a League One Championship medal with the Lichties in June.

Greig started off the season with two goals against Stirling in the Betfred Cup, but that little touch of luck seemed against Greig having been constantly being denied by a stunning save or a last ditch block in the Championship this season.

We have all got to know Greig over the past year and his personality and sense of humour will be missed in the dressing room.

We wish Greig all the very best at Stenhousemuir and hope he gets back amongst the goals and would like to thank him for his time at Gayfield representing Arbroath.

All the best and good luck Spenny!