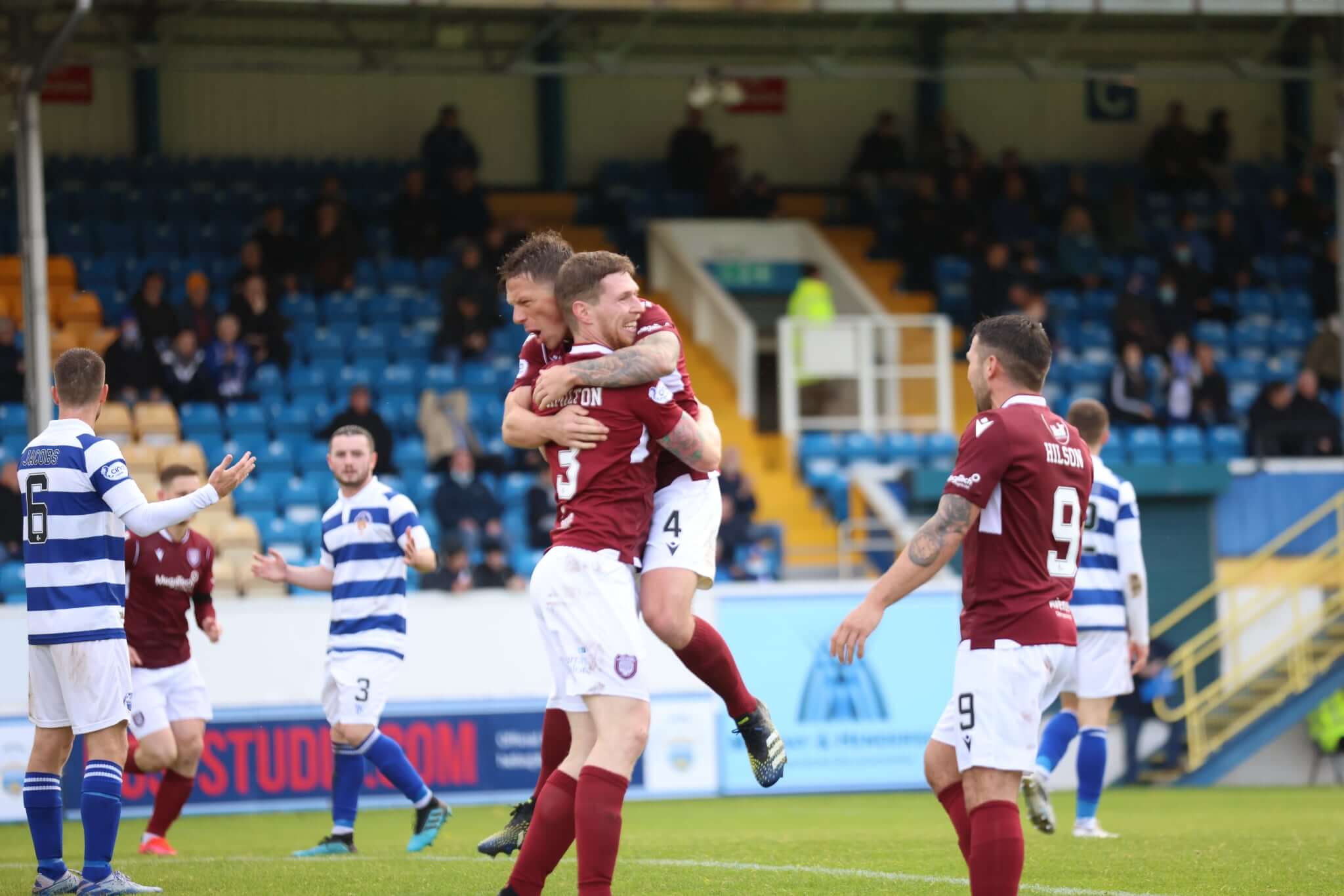 Arbroath assistant Manager Ian Campbell spoke to the media after his side came back for a deserved point against Greenock Morton.

Colin Hamilton and Michael McKenna were the goal scorers today as Arbroath fought back to earn a draw at Cappielow.

Rocked with the news that striker Joel Nouble was out with a slight shoulder injury added to the existing ankle injury which will keep Nicky Low out for a few weeks yet, it was a real test for Arbroath who travelled to Cappielow 6 matches undefeated.

James Craigen moved into the middle of the pitch to replace Low, whilst Dale Hilson and Luke Donnelly came on the wing and up front.

The rain was lashing down at Cappielow and with a heavy pitch both sides really struggled to carve out a good chance but James Craigen came close with a rasping 20 yard drive in the 22nd minute but it was well saved by Jack Hamilton.

At the other end Oisin McEntree forced Derek Gaston into making another outstanding one handed save from a close range header.

Arbroath started to see more of the ball and a nice move started by Dale Hilson seen a McKenna shot blocked in the 35th minute.

The goal did come for the Lichties in the 43rd minute. A free kick from the left wing was floated in by McKenna and Colin Hamilton won the header finding the top corner of the net. Perhaps the first professional goal Colin has scored against his brother Jack?

Liam Henderson came close just minutes after with a header as the first half came to and end.

Morton wasted no time in getting back on level terms as Gary Oliver found the back of the net just 2 minutes into the second half.

Luke Donnelly almost replied straight away but his shot from a McKenna cross was just over the cross bar.

Cameron Blues doubled Morton’s lead and it was just the 5th goal Arbroath had conceded all season in the 55th minute in a break away move which was set up by Jaako Oksanen.

The game soon started to go from end to end, but it wasn’t a classic and 2-3 minute spell of Morton throw ins down the touchline next to the dugout won’t ever make the highlights package.

Arbroath did rally and Scott Stewart hit a shot wide, before Gary Oliver had a shot at the other end seconds later.

Michael McKenna had another shot blocked after some nice work down the byline by Donnelly.

Jason Thomson, Bobby Linn and Anton Dowds all entered the field in the 73rd minute as Dale Hilson, Luke Donnelly and Chris Hamilton made way.

With just 4 minutes to go Arbroath won a corner kick and as the ball was swung in Colin Hamilton was caught in the face by McEntee and Referee Craig Napier pointed to the spot.

With bloody coming from his nose there was a stoppage in play but as play resumed McKenna showed nerves of steel to perfectly place the penalty to make it 2-2 and net his 7th goal of the season!

Gavin Reilly hit a thunderous shot in the 93rd minute which forced Derek Gaston into another outstanding save.

A hard earned point, but a deserved one and it keeps the momentum going as Arbroath make it 7 games undefeated!