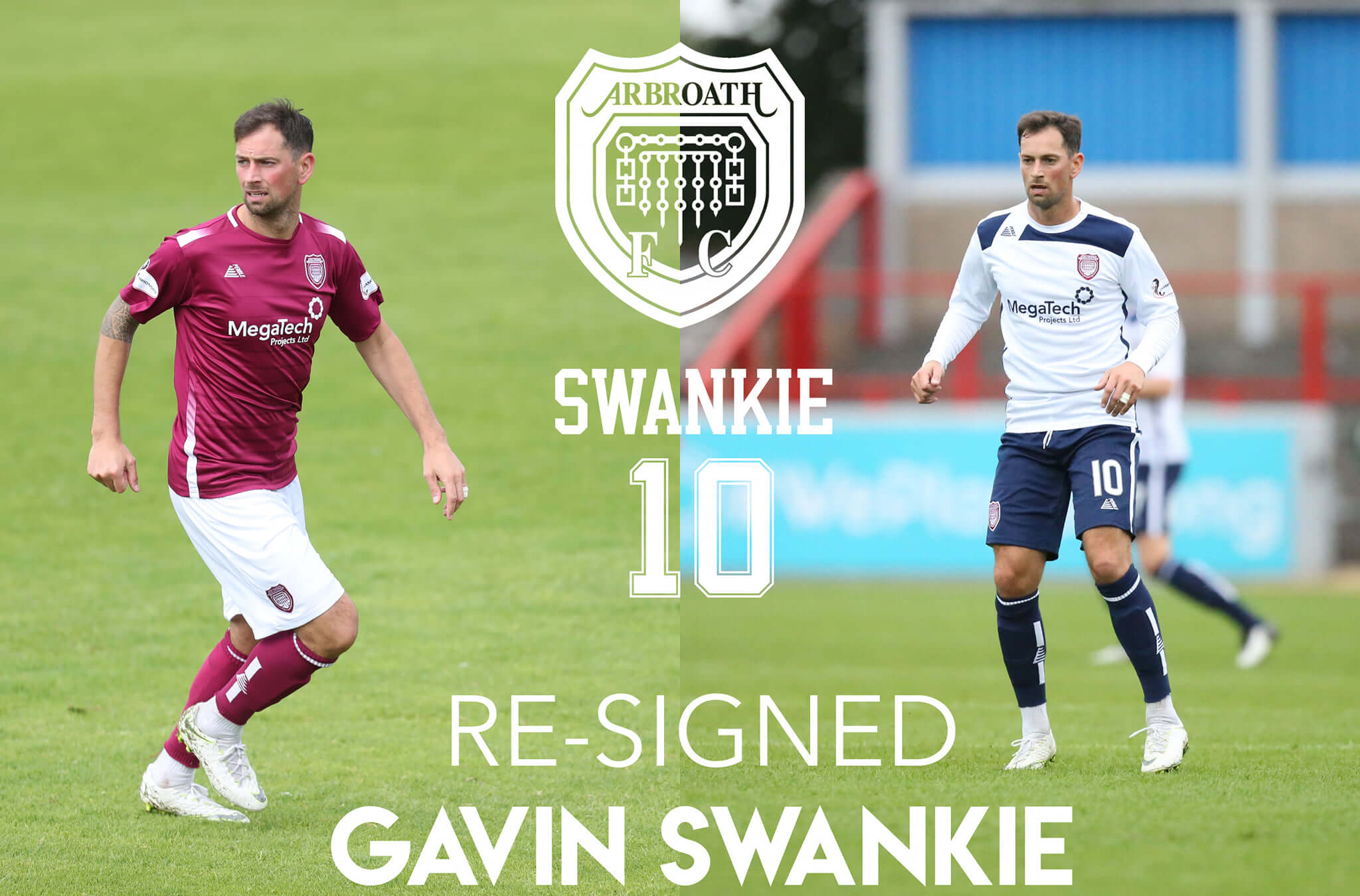 Arbroath midfielder Gavin Swankie has signed an extension to his contract and will enter into his 13th season playing in an Arbroath shirt.

Having made his debut in the 2000-2001 season, Gavin was at Arbroath until moving to Dundee for the 2005-2006 season before have a short loan spell back at Gayfield in that season. After 3 seasons with Dundee, Gavin moved to Perth and had two season with St Johnstone then returning to Gayfield for season 2010-2011 and 2011-2012 where he won his first League medal with the Lichties as Paul Sheerin’s side won Arbroath’s first League Title in 133 years.

Gavin moved to Forfar Athletic for the next 5 seasons before returning home to the Lichties in 2017-2018 and won his second League Title in the 2018-2019 season.

We have been cracking the numbers and we (think) Gavin has made 248 starting appearances for the Lichties, with another 58 from the bench taking him to 306 appearances for the club, and having scored 56 league goals and a further 2 goals in cup competitions.

306 appearances and 58 goals and we look forward to more this season!