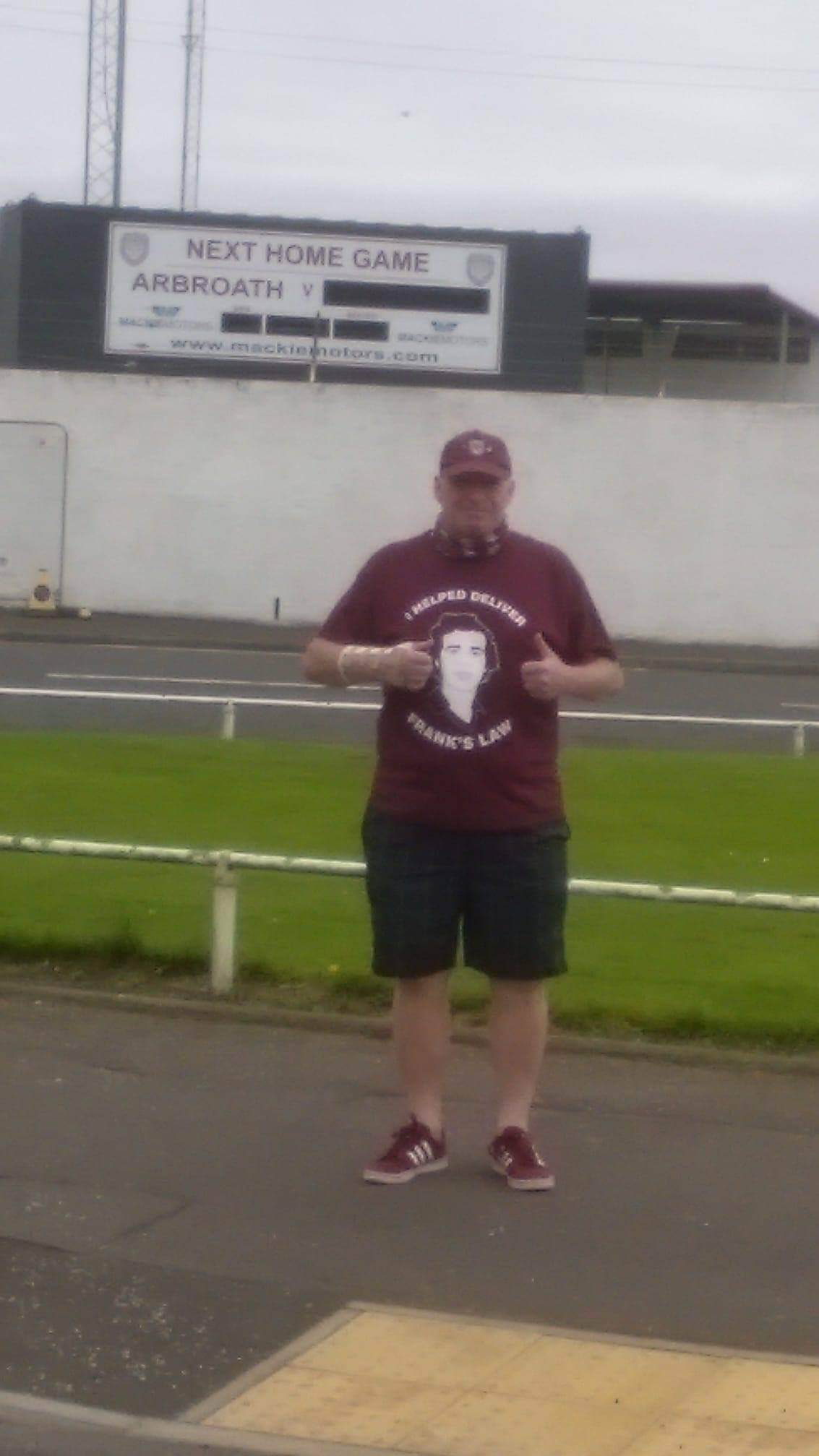 Frank’s Law
Sye Webster is pictured here wearing a Frank’s Law Shirt outside of Gayfield last Saturday. The shirt was sent to him by Amanda Kopel, wife of our former player and Assistant Manager Frank Kopel.
What is Frank’s Law? On 1st April 2019, the Scottish Parliament introduced ‘Frank’s Law’ after a Private Members Bill in June 2017 was brought forward by Amanda Kopel and MSP Miles Briggs, with the support of many other cross party MSP’s.
This meant adults under the age of 65 may also claim free personal care. Free personal care previously used to be for people aged 65 and over.
It was a long 6 year hard fought campaign battle, which sadly saw Frankie lose his battle with dementia during that time, but finally all MSP’s agreed that Scotland needed FRANK’S LAW to end the discrimination against the U65’s.
It had become known as Frank’s Law after a campaign led by Amanda Kopel.
Frank played for the Red Lichties between 1982 to 1984 and and played 62 games for us (1 goal) and went on to be our Assistant Manager.
http://frankslaw.org/