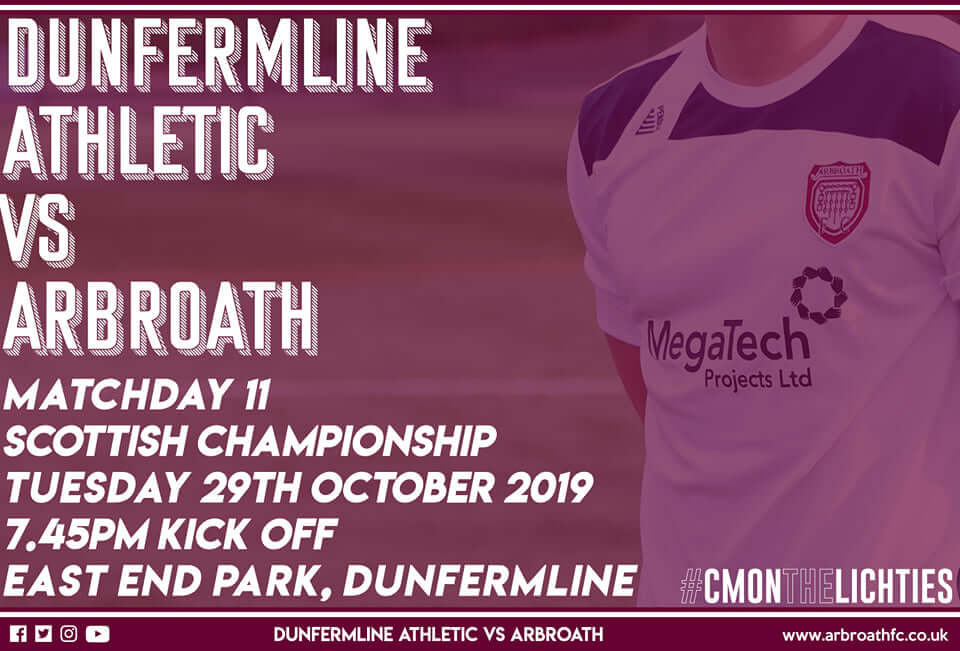 Arbroath travel down to Dunfermline this evening to take on Stevie Crawford’s Dunfermline for our 2nd game in 4 days.

It’s another tough match for the Lichties who take on a Pars side who have only suffered one defeat in their last 5 games, which came on Saturday away to Dundee United.

Since the last meeting of the sides at Gayfield, Dunfermline have added on-loan Kilmarnock winger Greg Kiltie to their squad.

Arbroath Manager Dick Campbell told the press on Saturday that there would be changes to freshen up his side after his players put in another tough shift on Saturday.

Gavin Swankie should be the only absentee for the Lichties with otherwise a full squad to chose from.

It will be another extremely game for the Lichties, but we hope to have your support behind us from kick off.

Suspensions;
Neither team have any players suspended.

Arbroath fans will be seated in the South East section of the Main Stand, and should enter via turnstile J, which will be cash only.

Tuesday is a big game for the Lichties as we take on Dunfermline Athletic and we would really appreciate a strong and vocal support cheering on the team.

Information and guide all from https://dafc.co.uk