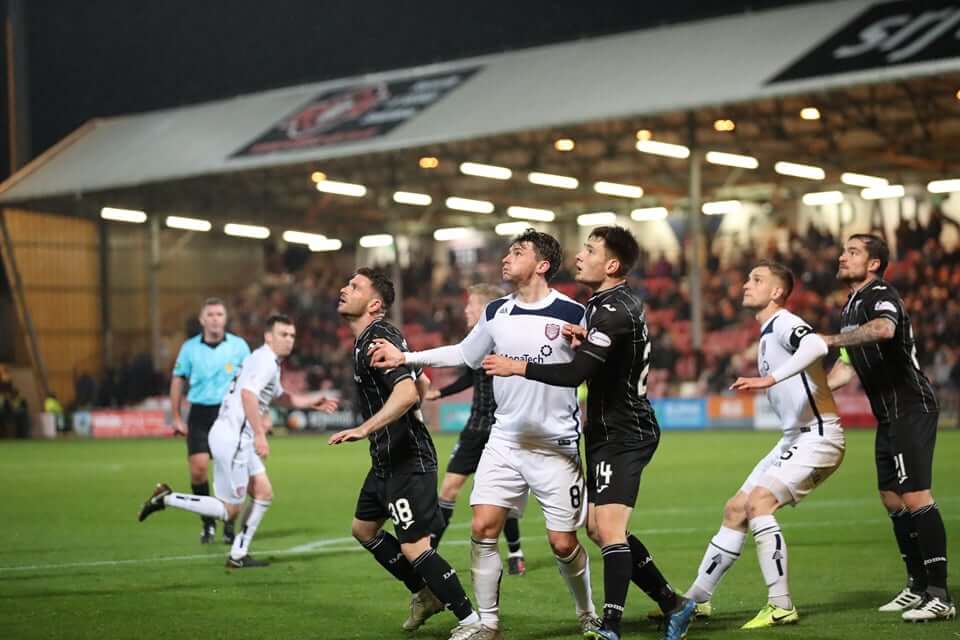 James Murphy, Michael McKenna and Josh Campbell came into the Lichties side but on a cold and wet night the first half really failed to warm both set of supporters with very little action in an attacking sense.

Dunfermline came out for the second half with a sense of urgency and were soon on the attack as they shot towards their home fans in the Norrie McCathie Stand.

Former Lichtie Andy Ryan was the architect in the 59th minute as he latched onto a long ball from Paul Paton before finding Kevin Nisbet in the box who struck the ball into the bottom left hand side of the net to make it 1-0 from 16 yards.

The second goal again was set up by Paul Paton but Kevin Nisbet looked to be standing in an offside position but he was allowed to score and the flag never went up.

Bobby Linn came closest for Arbroath as he hit another long range free kick which Ryan Scully pushed past the post for an Arbroath corner kick.

After an even first half, Dunfermline took the game to the Lichties and deserved the 3 points.

With results elsewhere going in Arbroath’s favour they remain in 5th place in the Championship.

Arbroath will regroup as they welcome Alloa Athletic to Gayfield on Saturday.