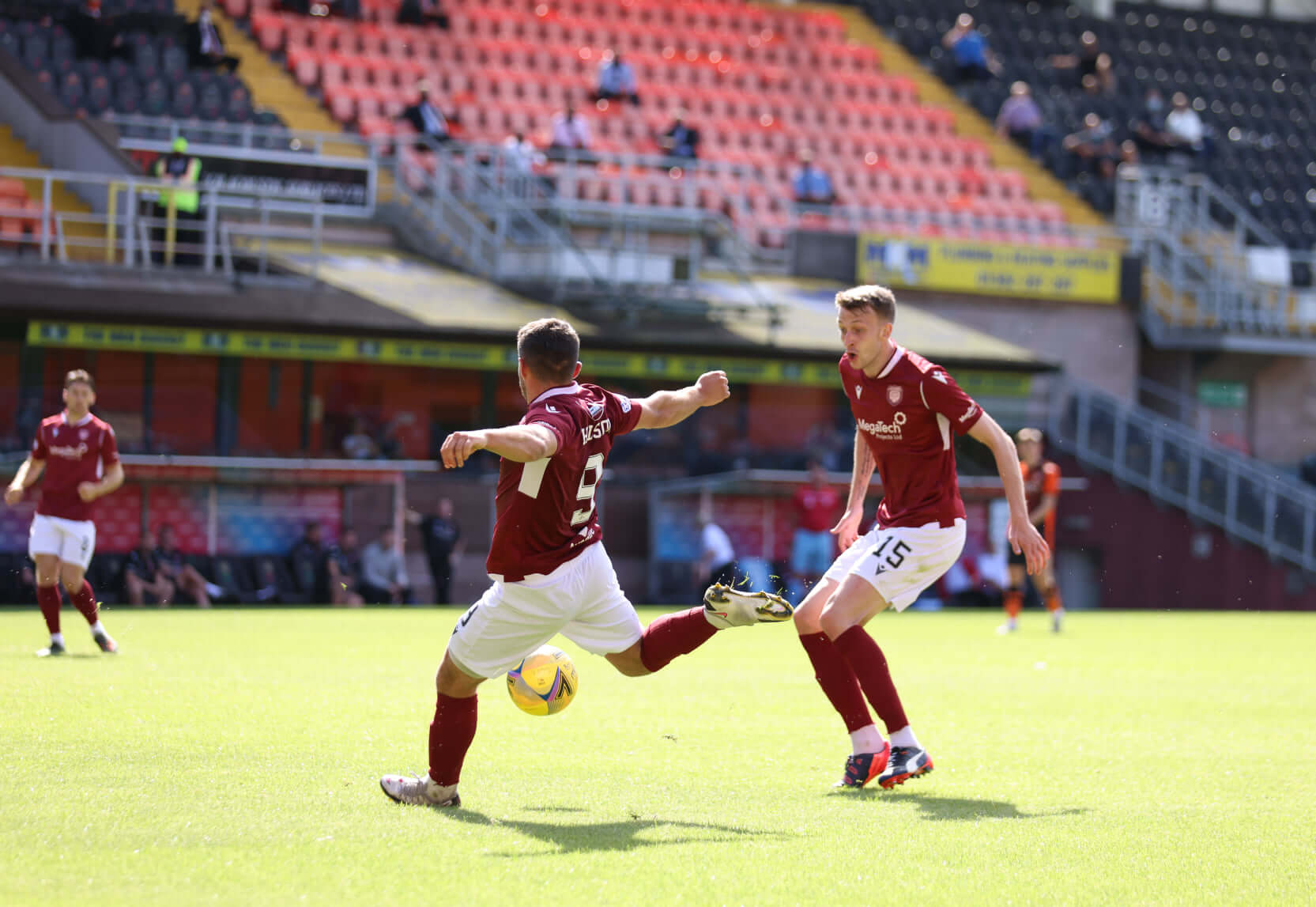 Over the past few seasons Tannadice has been a ground where Arbroath have really pushed their Dundee neighbours with the last visit a famous 1-0 win thanks to a Craig Wighton goal which also was United’s first home defeat in their Championship winning season.

With Dundee United about to start their second season in the Premiership it would be another tough game for the Lichties who were without inspirational captain Thomas O’Brien with new signing Joel Nouble just missing out as a precaution due to a knock.

Arbroath were also without Jason Thomson and Calum Antell who missed out as he served his one match suspension.

Dick Campbell again made 5 changes with Gaston coming in for Antell, and Donnelly, Hilson, Craigen and Linn replacing Swankie, Nouble, Gold and O’Brien.

Robert Douglas returned as our substitute goalkeeper and there was also a return to the squad for Dylan Paterson.

It was an incredibly warm afternoon inside Tannadice with a lucky 500 Terrors getting into the ground to cheer on their team.

The home side made a bright start with Derek Gaston saving early from Logan Chalmers who had curled in a stirring shot from 20 yards which Gaston pushed away for a corner kick. From the resulting corner Dundee United really should have taken the lead as Ryan Edwards was unmarked but thankfully for Arbroath he headed wide.

Bobby Linn again was looking lively down the left with Scott Stewart looking to get down the right wing as often as possible with James Craigen playing through the middle of midfield.

Dundee United’s Christopher Mochrie showed excellent skill in the 19th minute as he controlled the ball beautifully before heading towards the Arbroath goal but Gaston was alert and was quickly out to smother the ball.

The only goal of the game came in the 21st minute. A foul on Lawrence Shankland by Liam Henderson gave United a free kick some 35 yards out.

It looked like Logan Chalmers was going to curl the ball into the sea of players waiting to pounce but Scotland Internationalist Charlie Mulgrew caught everyone out as he curled it the other way and the ball slipping into the goal directly past the opposite post with Derek Gaston just unable to claw the ball away.

Dundee United threatened again as Ian Harkes hit a shot which was deflected before Chalmers hit a long range effort over the bar.

Arbroath slowly came back into the game and it doesn’t matter which opponents are put in front of him Bobby Linn will still show no fear and get on the ball and run and he did that in the 29th minute as he left two defenders in a spin before running in on goal but his shot was saved by Benjamin Siegrist.

Liam Henderson and Nicky Low were both having yet another excellent game for Arbroath and Low drove the ball from 25 yards towards goal but again Siegrist was on hand and made the save in the 40th minute.

One minute later and Colin Hamilton found Bobby Linn who had the best chance of the match so far for Arbroath as
he found himself with the ball on the wing and drove at goal, as he closed in he decided to shoot but was just wide with Hilson waiting in the middle for a cut back.

There were many positives for Arbroath in the first half with Henderson and Little forging a good partnership in central defence whilst young Harrison Clark was having a solid game just in front of the back 4. It has been a whirlwind journey over the past few weeks for the 18 year old but he doesn’t seem by anything and looks to be a promising acquisition.

There were no changes at half time as Arbroath attacked down the hill to the Eddie Thompson Stand which was housing the Dundee United supporters.

Jamie Robson hit a lovely shot in the 51st minute but it was straight at Gaston who comfortably made a save.

The next attack was an Arbroath one and it would be the start of the Lichties dominating the second half.

Arbroath attacked the United goal in the 53rd minute and just as it looked like Hilson was going to score Ryan Edwards made a block before Donnelly hit the rebound which was also blocked.

In the League Cup you can make 5 substitutions but only over 3 “windows.”

Dundee United made their first change in the 58th minute with Lawrence Shankland being replaced by Darren Watson in the 58th minute. It was another game that Arbroath defence had managed to keep the Scottish Internationalist striker very quiet.

Dale Hllson was again denied by a block as Arbroath came closer to snatching an equaliser.

Michael McKenna replaced Bobby Linn on the hour mark, before United made a double change in the 67th minute with Nicky Clark replacing Logan Chalmers and Archie Meekison coming on for Ian Harkes.

A beautiful dummy pass from Luke Donnelly fed in Colin Hamilton whose shot was tipped over the cross bar from Siegrist in the 67th minute.

Dale Hilson had a great chance in the 68th minute but agonisingly just hit his shot over the bar.

in the 70th minute United replaced Lewis Neilson with Lewis Freeman in their last substitute window.

Just 4 minutes later and Meekison was forced off with an injury, as United had used all their 3 windows up, they were unable to bring on another player and played the final 16 minutes with 10 men.

Arbroath made another change with Gavin Swankie and David Gold replacing James Craigen and Harrison Clark.

Goalscorer Mulgrew was shown the only yellow card of the game for delaying the restart after a free kick.

Arbroath kept coming and Luke Donnelly had a shot just narrowly missed the far post after some good build up play in the 81st minute.

As the game ran deep into injury time the Lichties kept pressing for the goal their performance deserved but it wasn’t go to come.

Another terrific performance and as the full time whistle blew a neutral wouldn’t have been able to tell the difference between part time and the full time players. Our squad has tremendous fitness levels and this has been a gruelling pre-season yet they showed no sign of toiling.

Another good performance which has been excellent preparation for the Championship starting in a fortnight’s time.

It now looks like Dundee United will win Group B with Arbroath battling out it with Kelty Hearts to see who can finish second. Kelty travel to Elgin on Tuesday night with Dundee United playing their final game away to East Fife.

We welcome St Johnstone to Gayfield this Wednesday evening with ticket details to be announced tomorrow.