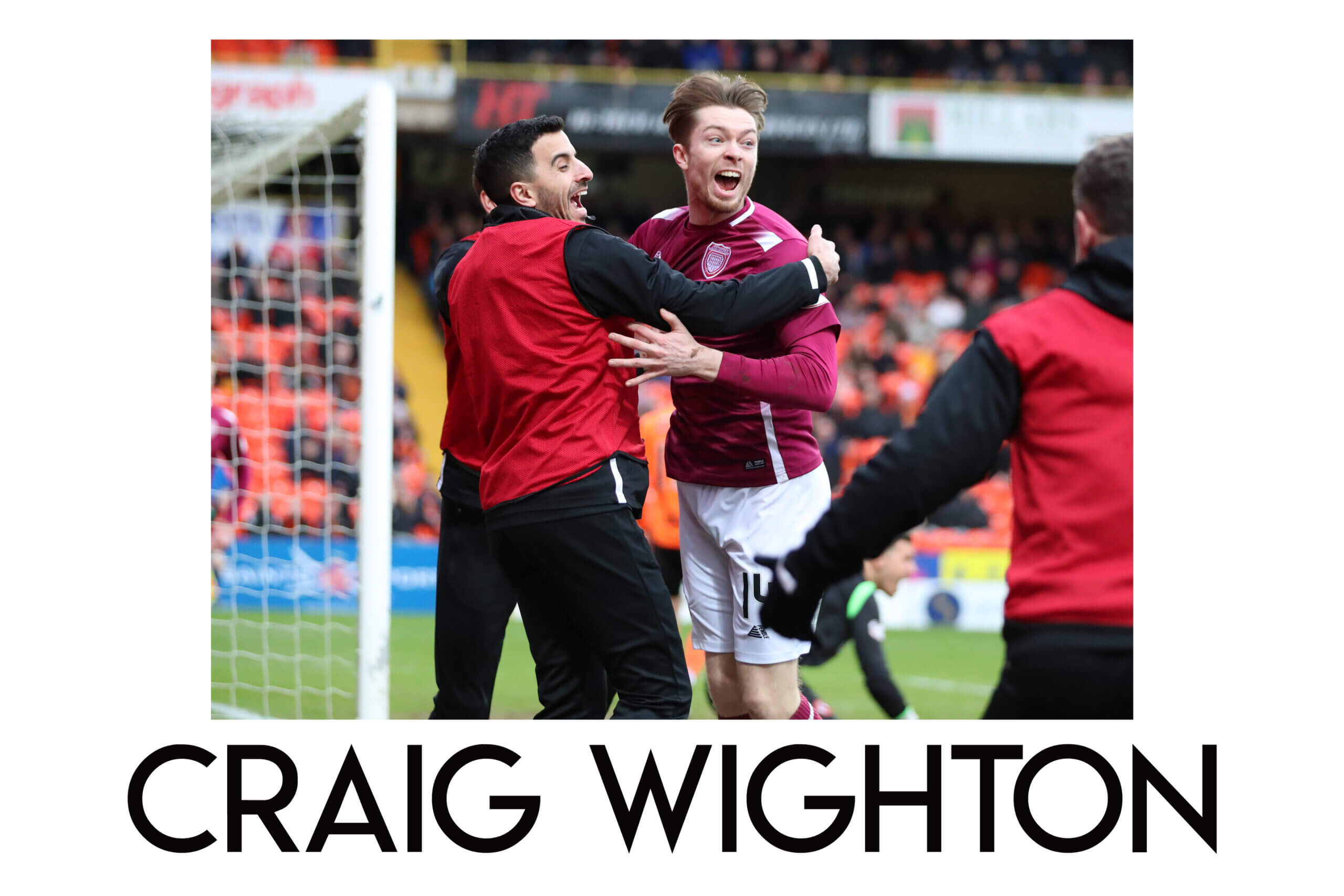 Arbroath today have completed the loan signing of striker Craig Wighton from Dunfermline Athletic until the end of the season.

We would like to thank John Hughes and everyone at Dunfermline Athletic for allowing Craig to make the move to Gayfield.

Arbroath supporters will have fond memories of Craig from his last loan at Gayfield which sadly was cut short by the Covid Pandemic.

Craig had joined Arbroath on loan from Heart of Midlothian and scored the winning goal on his home debut against Partick Thistle before scoring the winning goal at Tannadice just days later in a memorable result for Arbroath.

Another goal came against Greenock Morton which looked like we were on for another win until a cruel 95th minute equaliser, but with 3 goals in 5 games Craig showed his quality and skill and led the line brilliantly.

We are extremely excited for Craig to get back scoring goals for Arbroath and with Craig knowing many of the players and Management team we will give Craig and his family a warm welcome back to Gayfield.

Craig will go straight into the squad for tomorrow’s match.