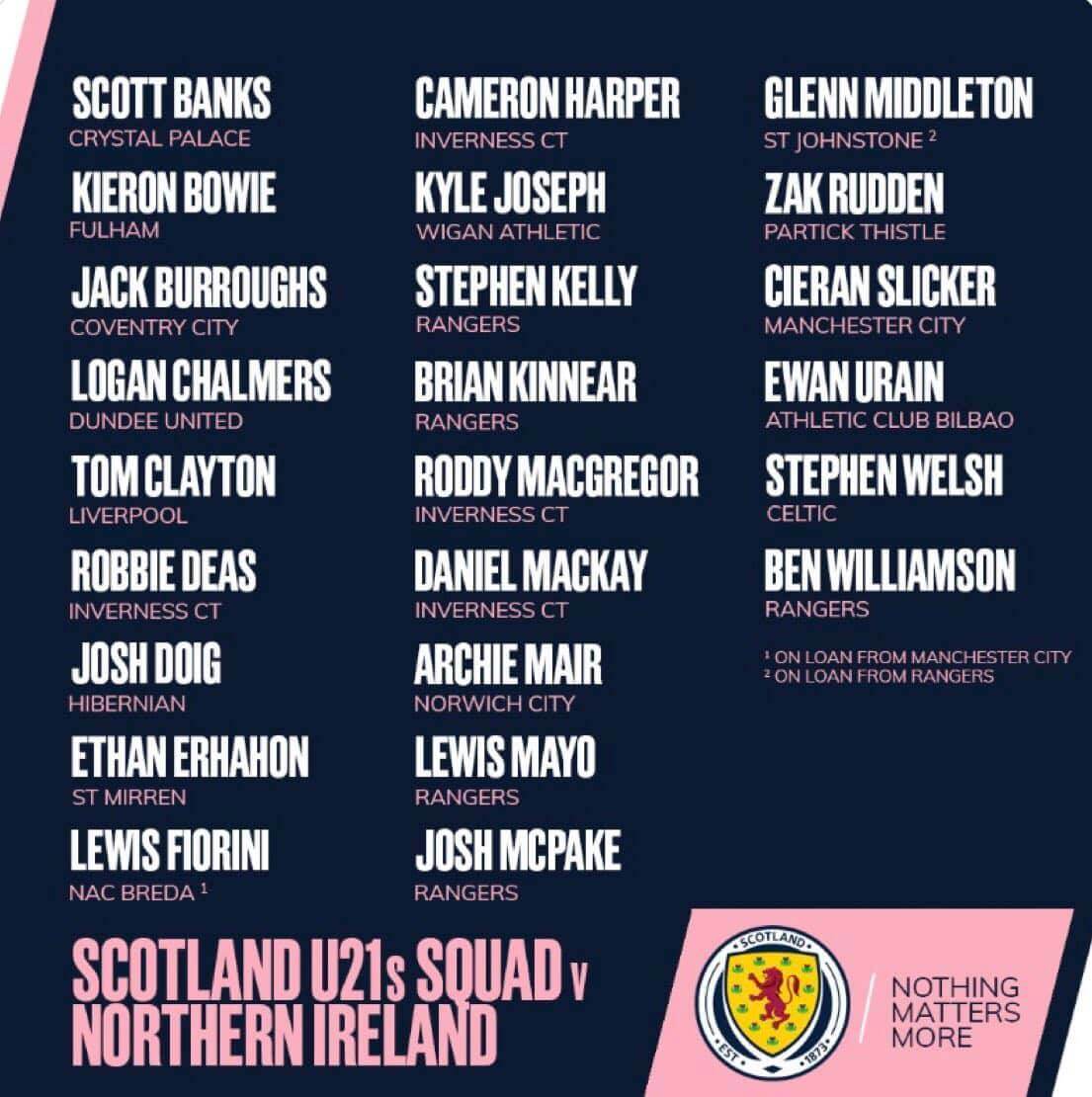 Everyone at Arbroath FC would like to congratulate Ben Williamson who has been called up to the Scotland U21 squad!

A fantastic achievement and well deserved for Ben after a terrific season at Gayfield.

We were also delighted to see Logan Chalmers get called up after a great season with Dundee United in the Scottish Premiership.

Some very good players in this squad which will put Scotland in good stead for years to come.