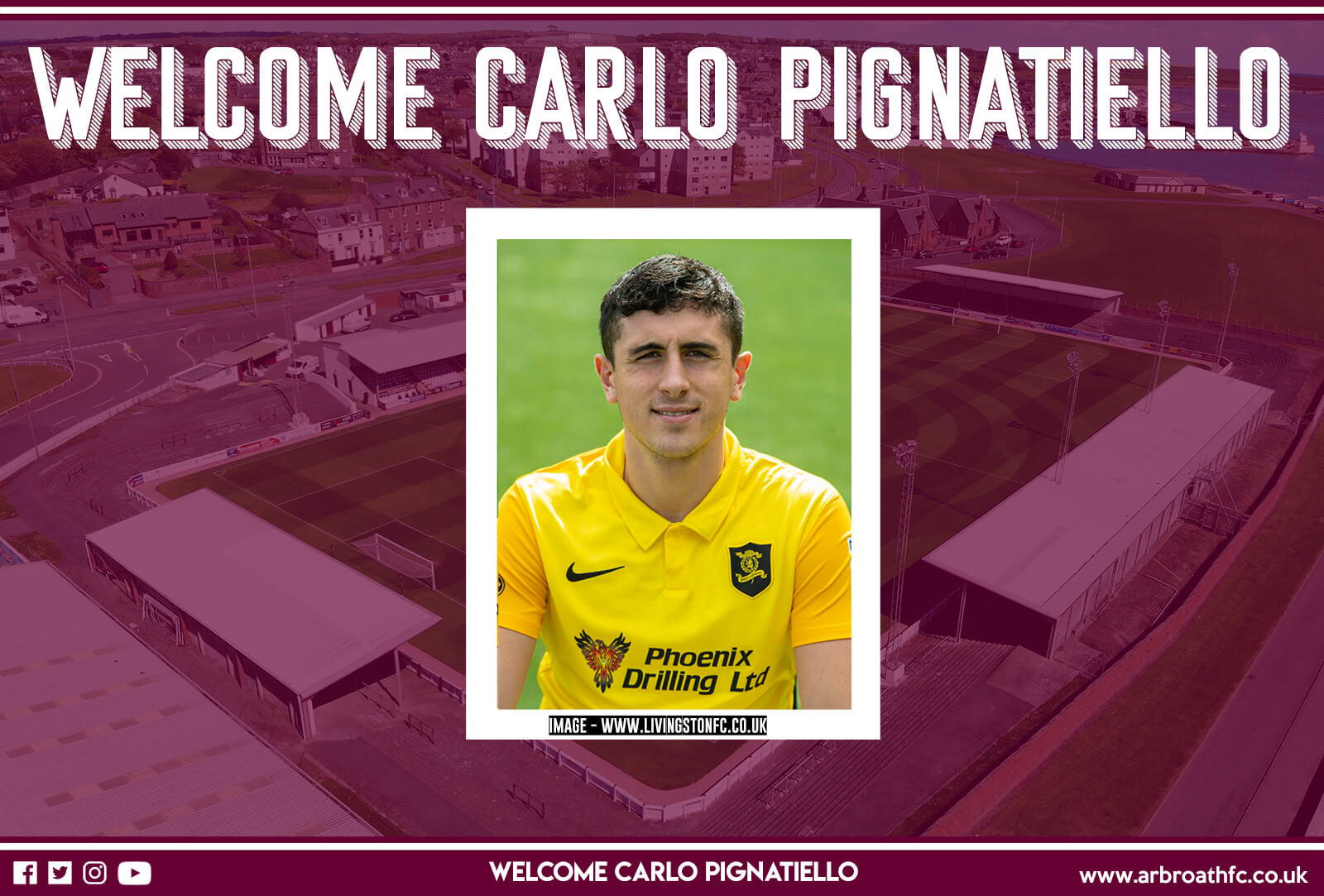 Arbroath FC are delighted to announce the signing of midfielder Carlo Pignatiello who joins the club on loan from Livingston FC.

With injuries to Gavin Swankie and Luke Donnelly, manager Dick Campbell has taken advantage of the loan transfer window to sign Carlo.

Carlo is 21 years old and played for Rangers and St Mirren at youth level before signing for Livingston.

Carlo has enjoyed loan spells at BSC Glasgow, where he was voted their young player of the season in 2018-2019 before signing for Stranraer on loan in the 2019-2020 season where he made 26 appearances in all competitions and scored a goal against Montrose on the opening day of the season.

Carlo, who can play in midfield or in defence made his Livingston debut in September at Celtic Park and came close to earning his side a draw in their 3-2 defeat just narrowly missing a late chance.

With Jack Hamilton, Carlo’s team mate from Livingston already making a huge impression at Gayfield we look forward to giving Carlo a warm welcome to the team.

Arbroath FC again would like to thank Livingston Manager David Martindale and Livingston FC for allowing Carlos to make the move to Arbroath.