Campbell and Stirling join the Lichties 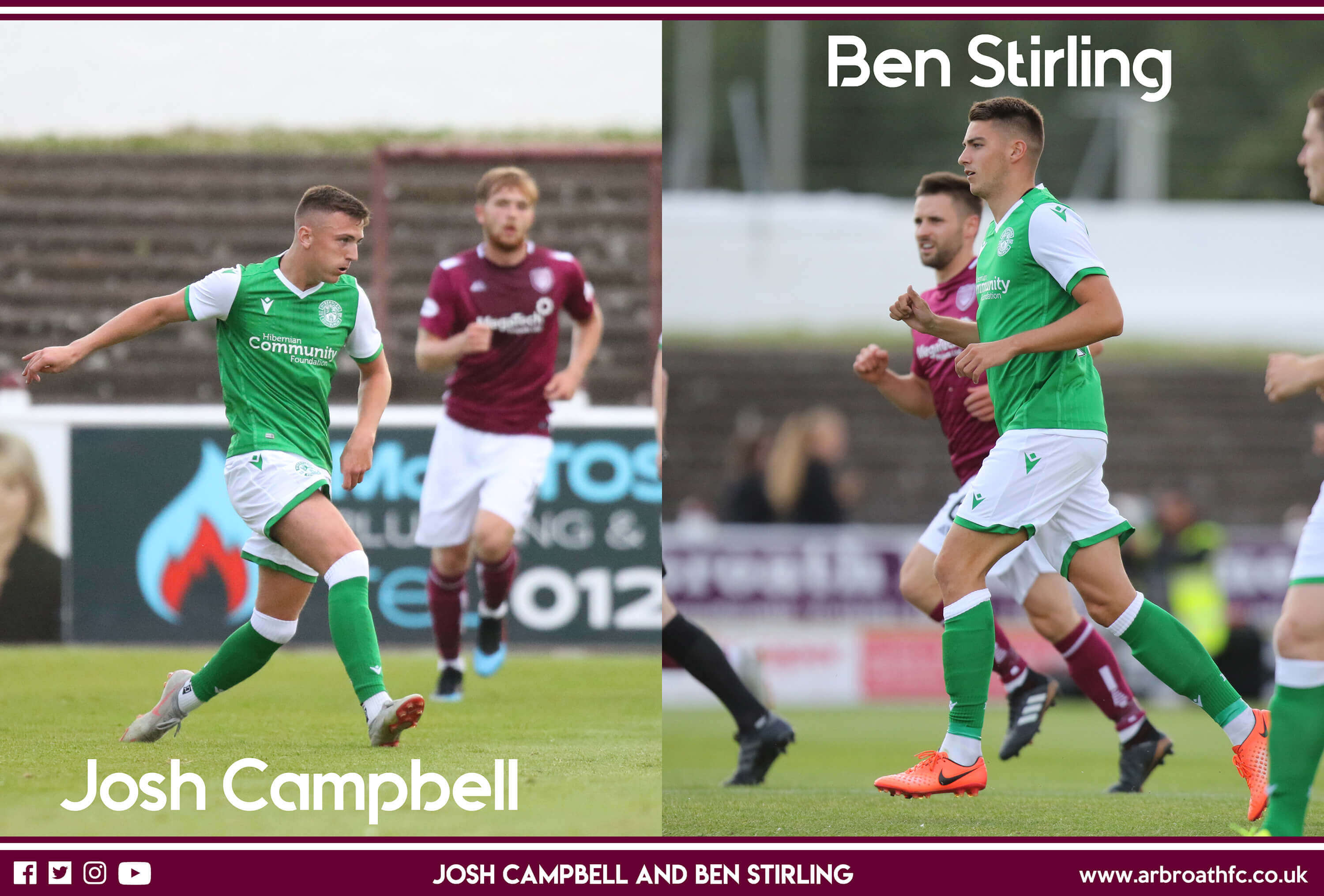 Campbell and Stirling join the Lichties

Arbroath FC are delighted to announce the loan signings of Josh Campbell and Ben Stirling from Hibernian Football Club until January 2020.

Both Josh and Ben were part of the Hibernian team who won the Development League in 2018.

Josh Campbell is 19-years-old and is a versatile midfielder who can also play at centre-back, right-back and in the number 10 role.

Josh has featured for Hibernian in the Betfred Cup against Stirling Albion and Alloa Athletic as well as playing against Arbroath in the recent friendly at Gayfield.

Josh has experience of Ladbrokes League One having joined Airdrieonians in January of this year where where he made 15 appearances for Ian Murray’s side in the second half of the season.

Watch a recent a Hibs TV interview with Josh –

Ben Stirling has recently turned 21 and started his career as central midfielder but has predominately turned out as a centre-back for the Hibernian Development side.

Ben has experience in League Two with loan spells at Cowdenbeath and Berwick Rangers and also faced Arbroath in the recent friendly at Gayfield.

Watch an interview on Hibs TV with Ben from last summer here;

With injuries to Gavin Swankie and Scott Stewart both Ben and Josh will go straight into tomorrow’s squad.

Arbroath fans will be hoping both players can emulate the success of Scott Martin who was the last Hibernian player to join the club on loan and went on to have a stellar season with the Lichties.

Welcome to the club Gents!