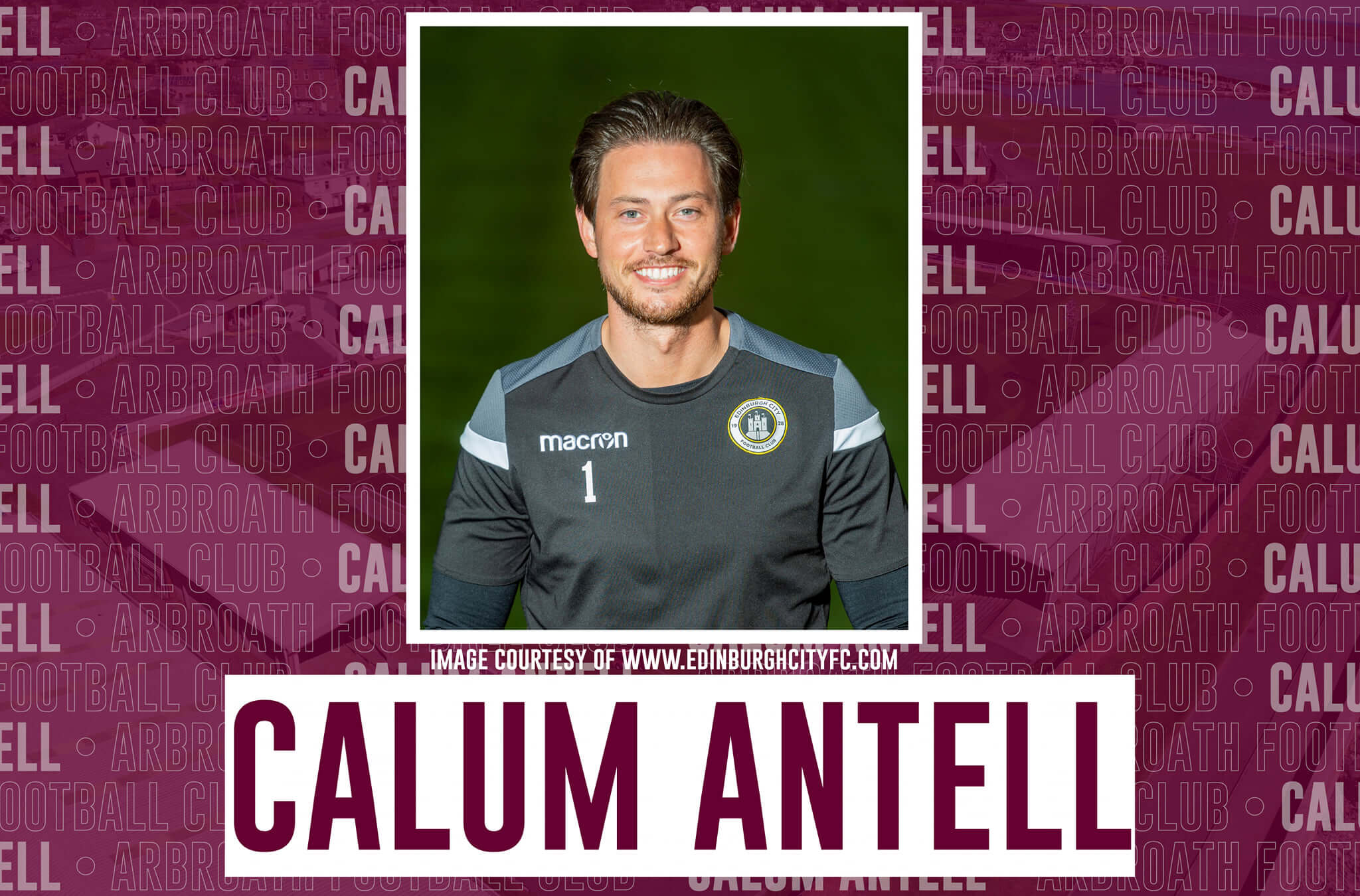 Arbroath FC would like our supporters to give a very warm welcome to our newest signing 28-year-old Goalkeeper Calum Antell.

Calum joins the club from Edinburgh City where he has been since July 2016 having held the number one shirt for the Citizens for nearly his entire time with the club.

Hailing from Abergavenny in Wales and raised in Ebbw Vale, Calum actually started his footballing career as a boy as a striker netting 52 goals in one season before picking up the gloves as a teenager at the age of 14.

Calum netted a trial with Swansea City for a few months before spending 8 months with his beloved Cardiff City before catching the eye of Swindon Town.

After a successful spell with the Swindon Youths he moved up to Scotland to Edinburgh in 2010 signing a full time contract.

Loan spells followed with East Stirlingshire where he played 39 games in the 2011-2012 season scooping their player of the year, before moving on loan to East Fife the following season where he made 30 appearances.

Leaving Hibernian in 2013 Calum moved to Queen of the South where he made 16 appearances with also 4 further appearances on loan at Brechin City.

The next season Calum moved to Nairn County in the Highland League where he spent two seasons and actually faced Arbroath in the 3rd round of the Scottish Cup at Gayfield in our 2-1 win back in November 2014.

In 2016 Calum made the the move to Edinburgh City where he has been since making 147 appearances and keeping 39 clean sheets.

Of course Calum will be reunited with his former Edinburgh City team mate in Liam Henderson who signed for the club last week.

Calum will compete with Derek Gaston for the number one shirt under the guidance of goalkeeping coach Robert Douglas.

Welcome to the club Calum!