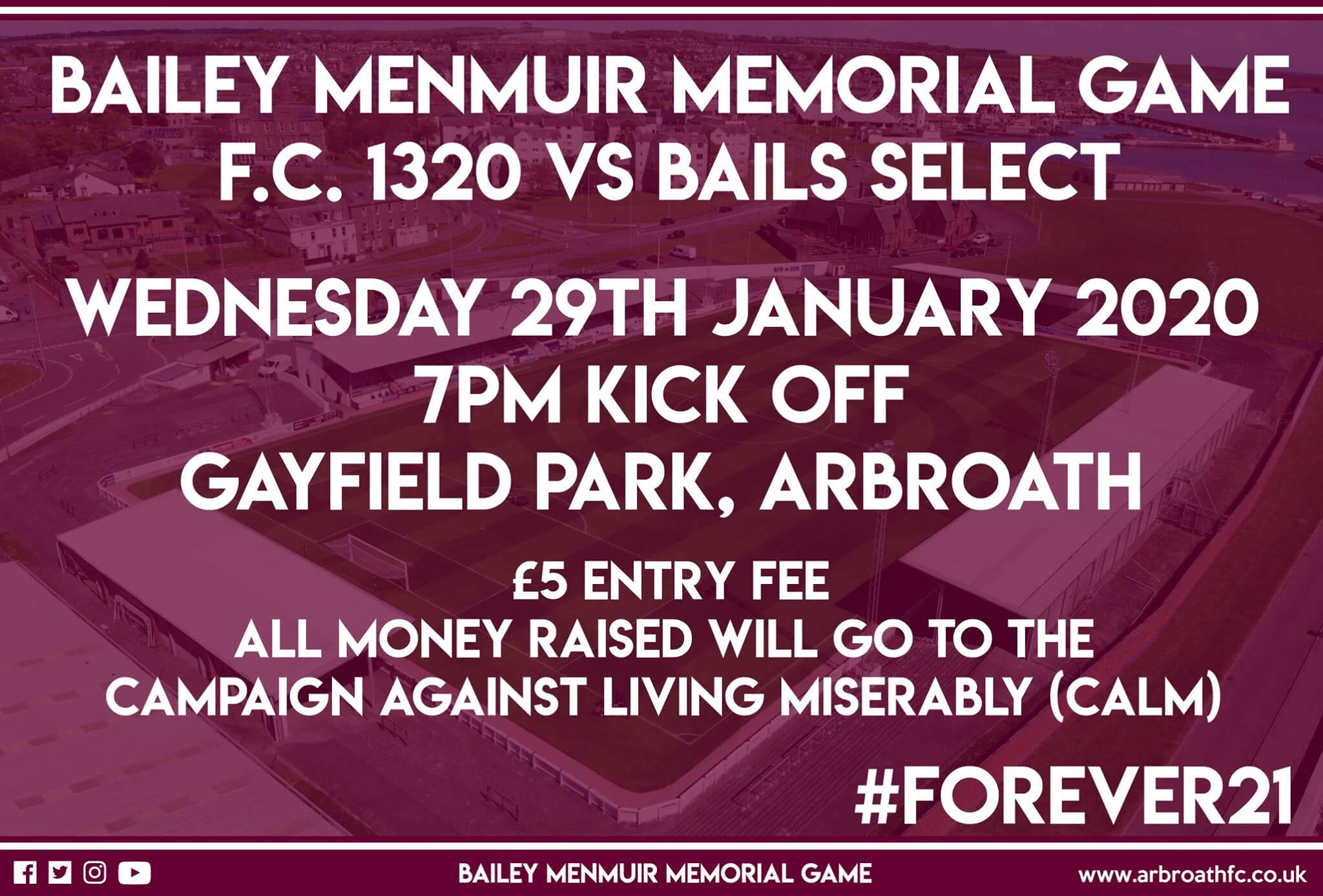 Arbroath FC will hold a charity football game between F.C. 1320 (Baileys team) and a team of Baileys closest friends.

This game will take place on Wednesday 29th January 2020 with a 7pm kick off.

“With the help of Arbroath F. we have decided to set this game up in memory of our great friend Bailey Menmuir.

It was obvious to us all last week when he went missing, just how much he meant to so many people.

His warm personality made him very popular with so many different people throughout Angus.

He was always the life and soul of any party, and loved to make people laugh. Forever 21.

It will be a £5 entry, there will also be a donations box.

All money raised will be donated to The Campaign Against Living Miserably (CALM) The CALMzone is leading a movement against suicide, the single biggest killer of men under 45 in the UK and the cause of 18 deaths every day.

Join the campaign to take a stand against suicide.