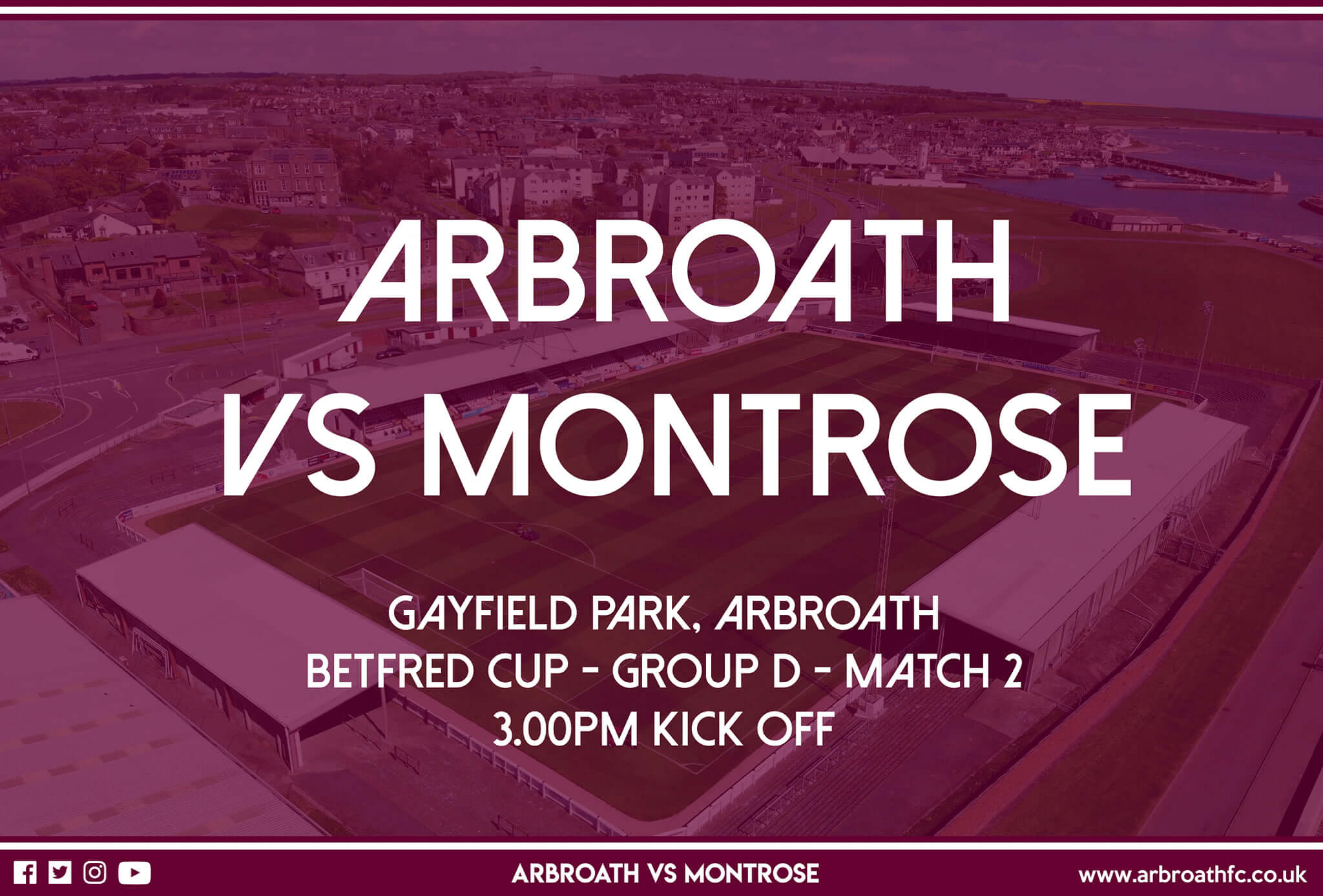 It is finally here. Our first competitive home match at Gayfield since Wednesday 4th March 2020 when we drew with Dunfermline Athletic 0-0 under the lights.

Perhaps it is fitting that our first game is against Montrose. Who we actually haven’t faced since Saturday 6th March 2019 when a Ricky Little header in the 64th minute claimed another 3 points in our quest for the League One Title.

As always these games are incredibly tough and Montrose will be in high spirits after scoring 3 second half goals to draw level with Premiership side Ross County at Links Park on Wednesday night. Unfortunately for Montrose they lost the bonus point in the penalty shoot out but will have taken huge confidence in their come back.

Like Arbroath, Montrose have a very settled squad and 11 of their players who featured in their squad back in 2019 are still present today with Arbroath holding 9 players since that game.

Arbroath Manager Dick Campbell will be looking for a response after Stirling Albion edged the second half on Tuesday after the Lichties took a 2 goal lead in the first half.

Remember you can stream this game for £10 on our new streaming service arbroathfc.tv.

Again we must appeal to all fans to please stay away from Gayfield Park.  We have been carrying out measures to ensure the safety of all our players, coaches, backroom staff and the visiting team and officials.

Whilst we fully understand there is a natural urge to come down this is an appeal from the club to please stay away so there is no chance of jeopardising or risking our return to playing football.

The Betfred Cup Group stages allow 5 substitutes, with 9 substitutes able to be listed. As with all group matches, if the game ends in a draw the match will head to penalties after 90 minutes for the winning team earning an extra bonus point.