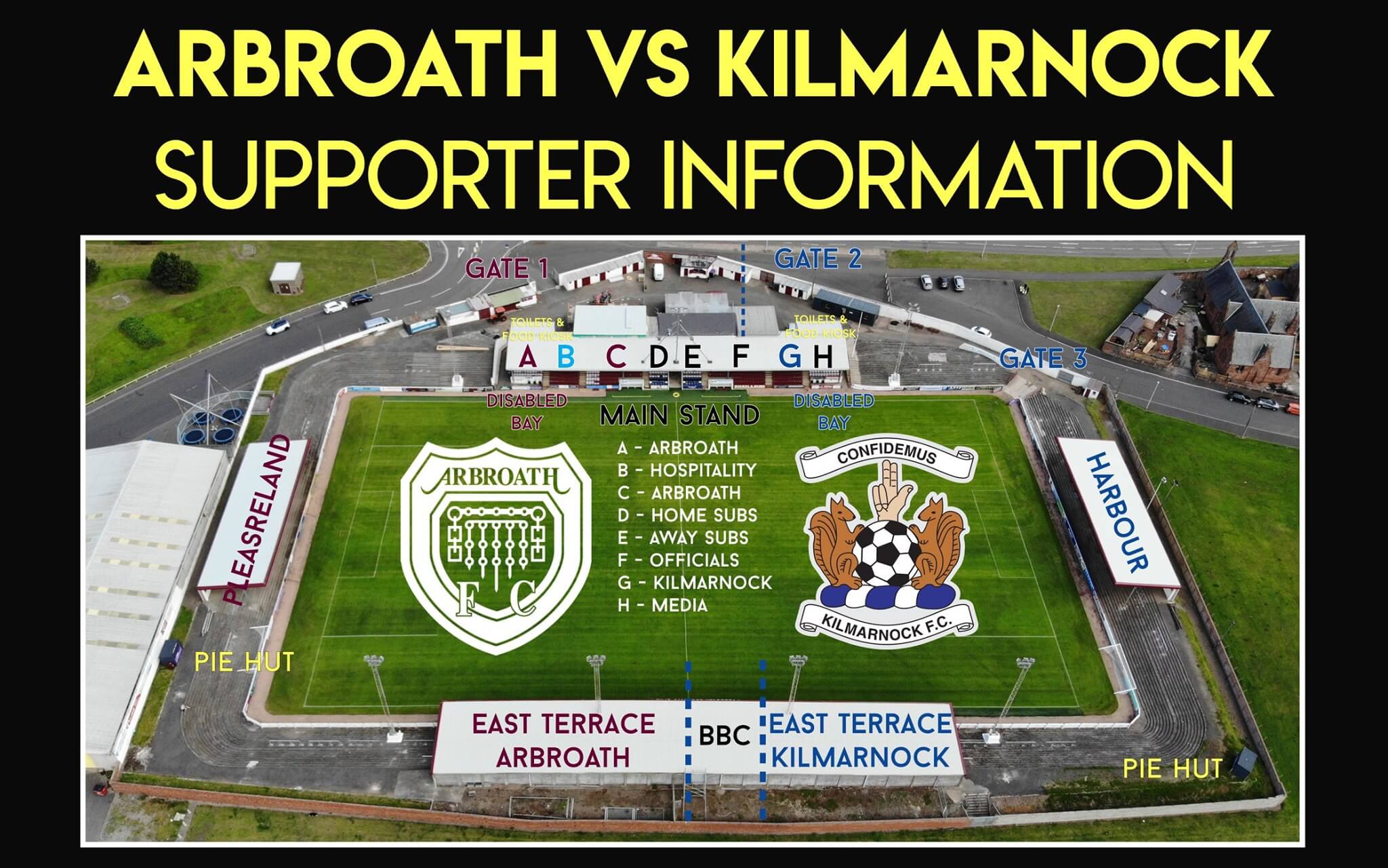 We would advise ALL supporters to arrive early for Friday’s night match. With over 2000+ supporters expected the kick off will not be delayed as the match is live on BBC Scotland.

Segregation is in place for this match.

Please either have your ticket printed out, or saved on to your phone with your contrast fully up for our scanners to read the code.

Arbroath Supporters will enter via Gate 1.

Kilmarnock Supporters will enter via Gates 2 and 3.

Seats in the Stands will be occupied on a first come, first seated basis.

Arbroath Supporters will occupy sections A and C of the main stand.

Kilmarnock will occupy Section G of the Main Stand and Kilmarnock fans should be advised that only a small number of stands seats will be available.

Section B is for Hospitality whilst sections D and E are for the Arbroath and Kilmarnock coaches and substitutes.

Section F is for club officials from both teams.

Section H is for Media.

Smoking is not permitted in the main stand of Gayfield Park

Arbroath supporters will be housed in the Pleasureland End of the Stadium up to the TV Gantry.

Kilmarnock supporters will be housed in the Harbour End of the Stadium and part of the East Terrace.

The BBC commentators and staff will occupy a small section of the harbour side of the East Terrace for their live match coverage.

There are disabled bays in front of Section A (for Arbroath supporters) and Section H (for Kilmarnock supporters) which are accessible by ramps parallel to these sections.

Each side of the ground has toilets and a refreshment booth, while there are pie stands in far corners of the East Terrace.

Supporters can park by Pleasureland, or on the Harbour end of Gayfield at Inchcape Park.

It should go without saying that No pyrotechnics are allowed inside of Gayfield.

We look forward to welcoming you to Gayfield!