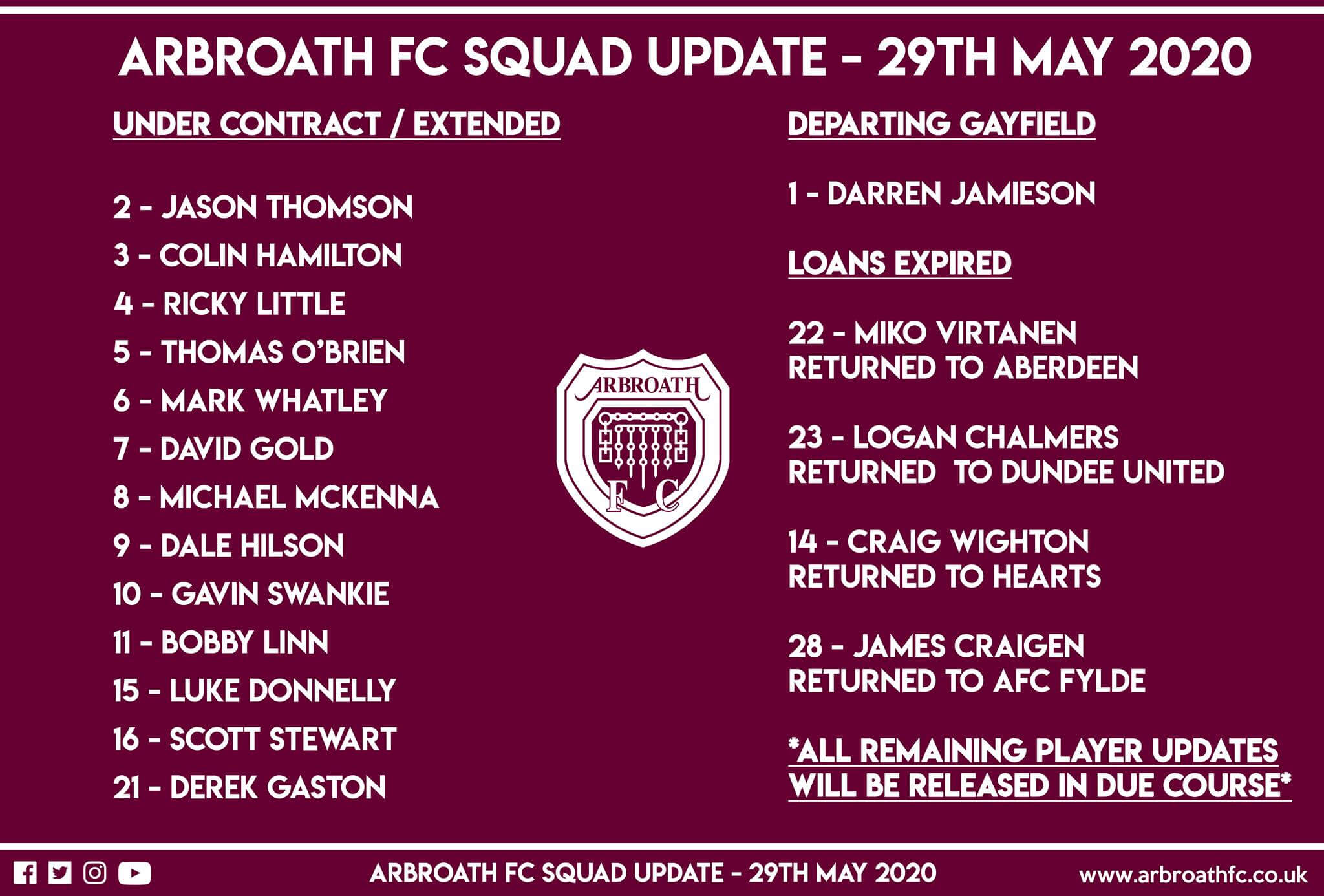 With the season now officially ended, there is of course still uncertainty of when the new season may officially start.

However, the hard work goes on as manager Dick Campbell and his assistant manager Ian Campbell go about planning for our squad for our second season in the Championship.

The progress that we have made as a club over the past 4 seasons, winning 2 League Titles and impressing in the Championship in addition to Dick’s experience and reputation in Scottish Football means he always has players desperate to play for him and his team.

We have had several players commit their future to Gayfield with many players agreeing to extend their contracts for next season and beyond.

Unfortunately, the world of football always keeps moving forward and this means that sadly some players move on from Arbroath FC and leave Gayfield.

We would like to thank all the players who pulled on the Arbroath FC shirt during the 2019 / 2020 season.

It was a remarkable season for everyone at the club, with so many outstanding performances from everyone involved.

Unfortunately we didn’t get to play out our remaining 10 games, but sometimes there are more important things in life and the safety and health of everyone was correctly put first.

As things develop during the next few weeks and months we will keep you informed with all player updates, but on Friday 29th May we can confirm updates on the following Arbroath FC players.

Further updates will be published as they happen.

Thank you to all the players who move on from Gayfield. It has been a pleasure having you and we all wish you the best in your next move.

For the Players, Managers, Coaches, Backroom Staff, Directors and you the supporters it is a patient waiting game for us all before we can safely return to normality and football, but we will be ready and raring to go and will keep you up to date with any other developments over the summer.

Thank you for your support and C’mon the Lichties!