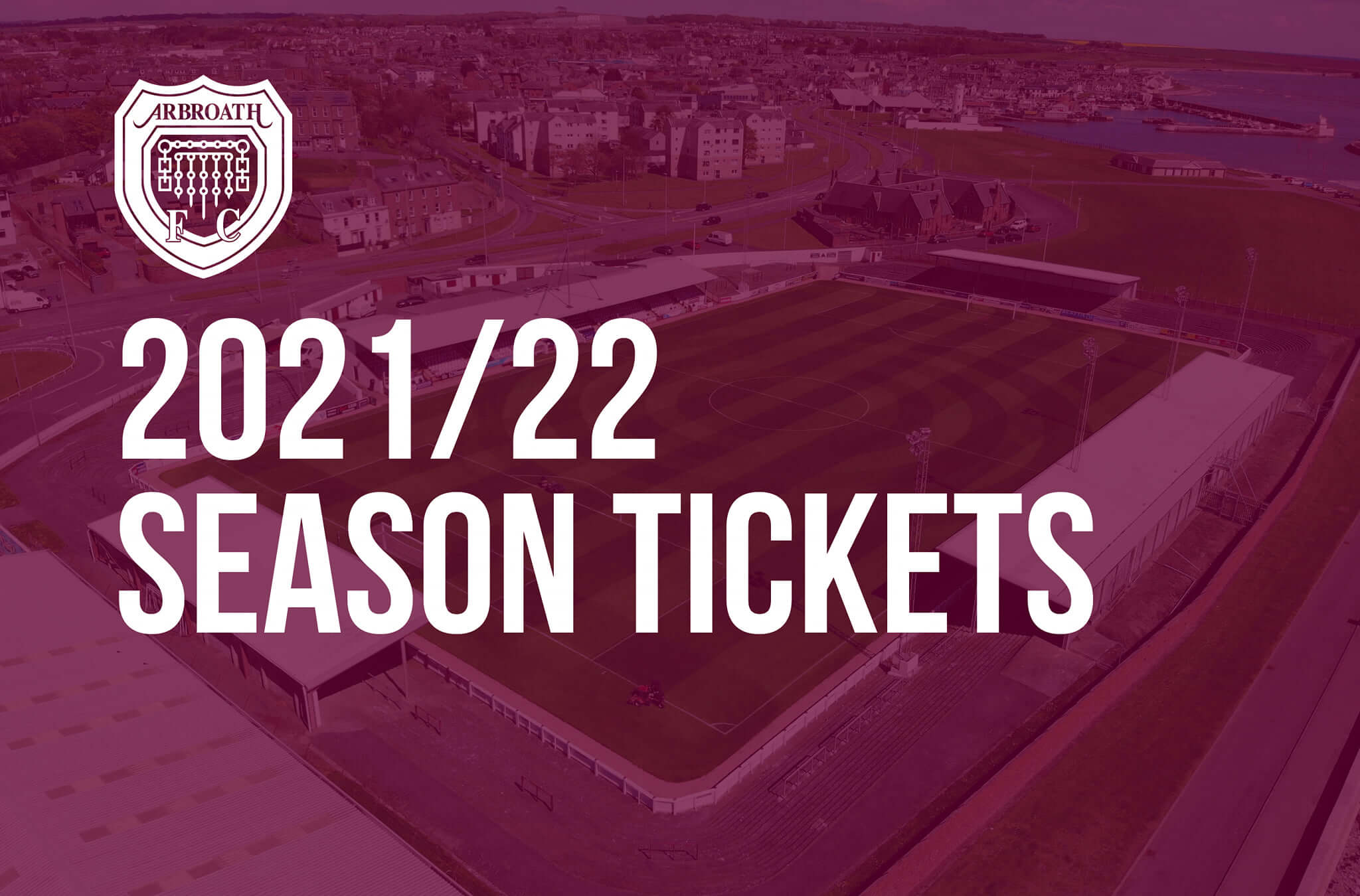 We have missed you!

The world has been a scary place for the past 16 months or so and many of our lives have changed forever. However! There is much more optimism about the future and as Angus moves to Level One from Saturday and with the season only a matter of weeks away we are all extremely excited at the prospect of welcoming you home very, very soon.

We can’t thank those loyal supporters who purchased a season ticket last season enough. You stood by us and even when the hope that fans would be allowed back in was taken away from us you remained committed to your club and watched safely from your living rooms via Arbroath FC TV.

We sincerely hope that this season will be another one for the record books and you will be again proud of the players on the Gayfield Pitch who have missed your backing and support all season.

We wanted to reward those supporters who backed the club during one of the darkest seasons on record so as a thank you we are offering your season ticket renewal at the same price as last season. This will include all 18 Home Championship League Games (14 Home League Games Last Season) all friendly matches and any end of season play-off matches. This will represent a 20% saving on the new season ticket prices.

We do expect some sort of restrictions on the total number of spectators who can attend matches at Gayfield so season ticket holders will be given priority to attend Championship matches as well first opportunity to purchase tickets for home cup ties.

Your season ticket will also give you a 10% discount of all Club Shop Merchandise including our new Macron Kit and Training Gear as well as live access to Arbroath FC TV which will continue to broadcast from Gayfield next season.

With the current covid restrictions in place in all of society and just like when you go out for dinner we will have to record more supporter information.

To ease entry into Gayfield this season we are launching a new new online ticketing system provided by “Future Ticketing.” Future Ticketing work with many football clubs up and down the country and all season ticket renewals, new season ticket purchases and match day tickets will have to be purchased using this new system.

We hope to have season tickets for sale very soon and we will provide details on how this new system will work.

Arbroath Football Club Chairman Mike Caird said; “I want to personally thank you for your loyal support of the Club by purchasing a season ticket last season despite only having the opportunity to watch us via live streaming due to the ground restrictions.

Your generous financial backing has helped your football club to continue in the Championship to compete for an amazing 3rd season in the second highest tier of Scottish football where hopefully we can welcome you all back to help support us to even greater things in the coming months ahead.

The past 16 months have seen particularly challenging times for everyone trying to cope with the Covid pandemic and I have been truly humbled by the response from our supporters who continue to support and help us improve the club on all levels. I am sure we can rely on your continued support by renewing your season ticket as we all look forward to another exciting season ahead with fans returning to Gayfield.”

Everyone is busy behind the scenes right now with improvements taking place in and around Gayfield and Dick and the Management Team working hard on signing new players. With Nicky Low signing a two year deal to remain at Gayfield and the signing of new defender Liam Henderson there will be many more announcements to come in the next few weeks.

Our first competitive match at Gayfield is on Wednesday 14th July in the Premier Sports League Cup which is only 42 days away!

We can’t wait to welcome you home!