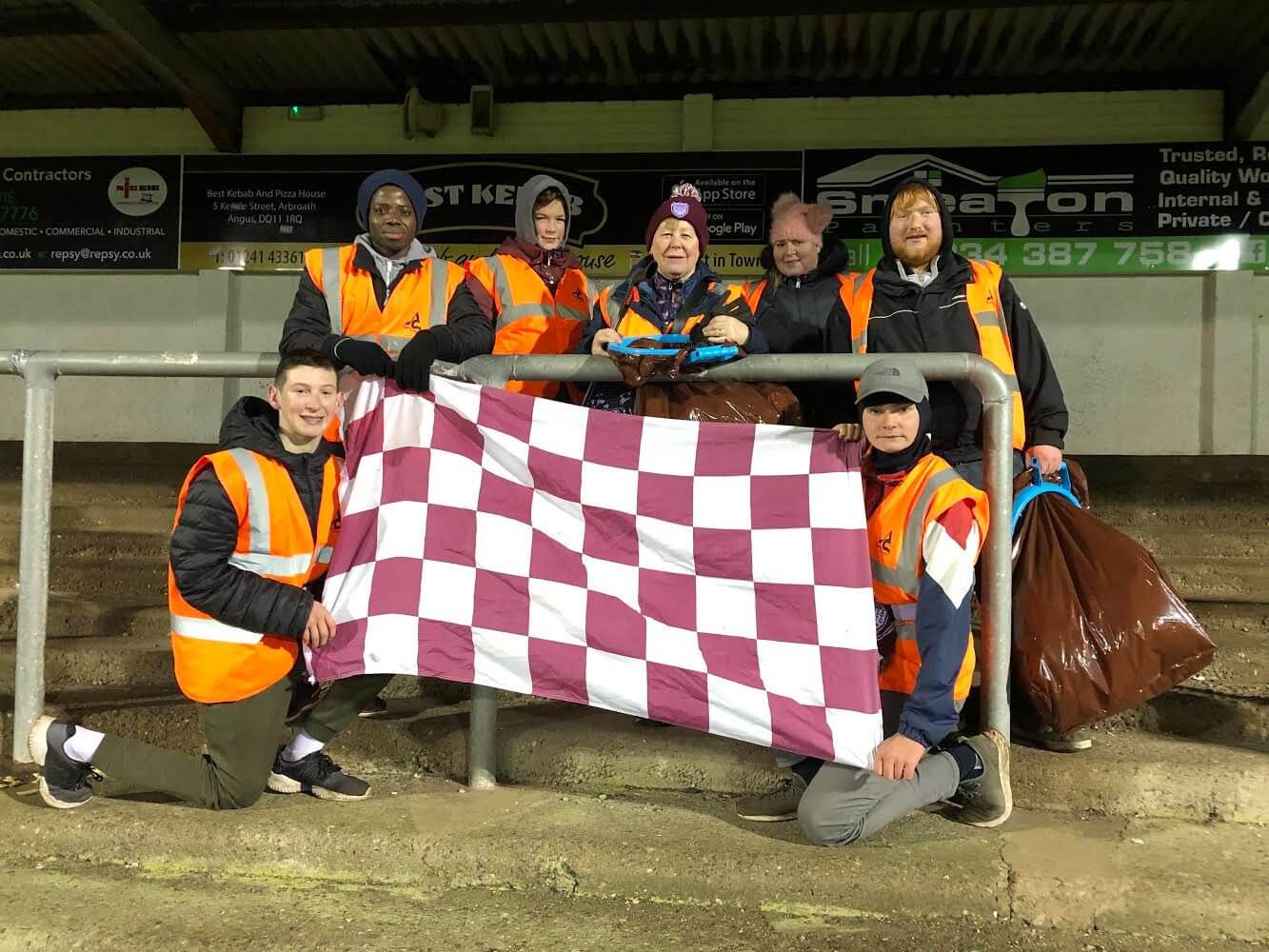 Arbroath FC would like to again thank our amazing volunteers who yesterday did their best to deal with the litter from such a bumper crowd.

The Litter Pickers commented that “Once again, the Home fans were excellent and so many of them are now actively looking out for the Litter Champions to deposit their rubbish or using the bins around the site.”

That is great to hear and a further confirmation that we have the best fans out there.

Not such the case in the Away end but with a crowd of that size it would have been difficult to litter pick and move about amongst the crowd.

Although more bins were provided at the Away end the litter pickers didn’t have a presence at this end during the match.

You can see clearly in the photograph the litter that has been left on the terracing. 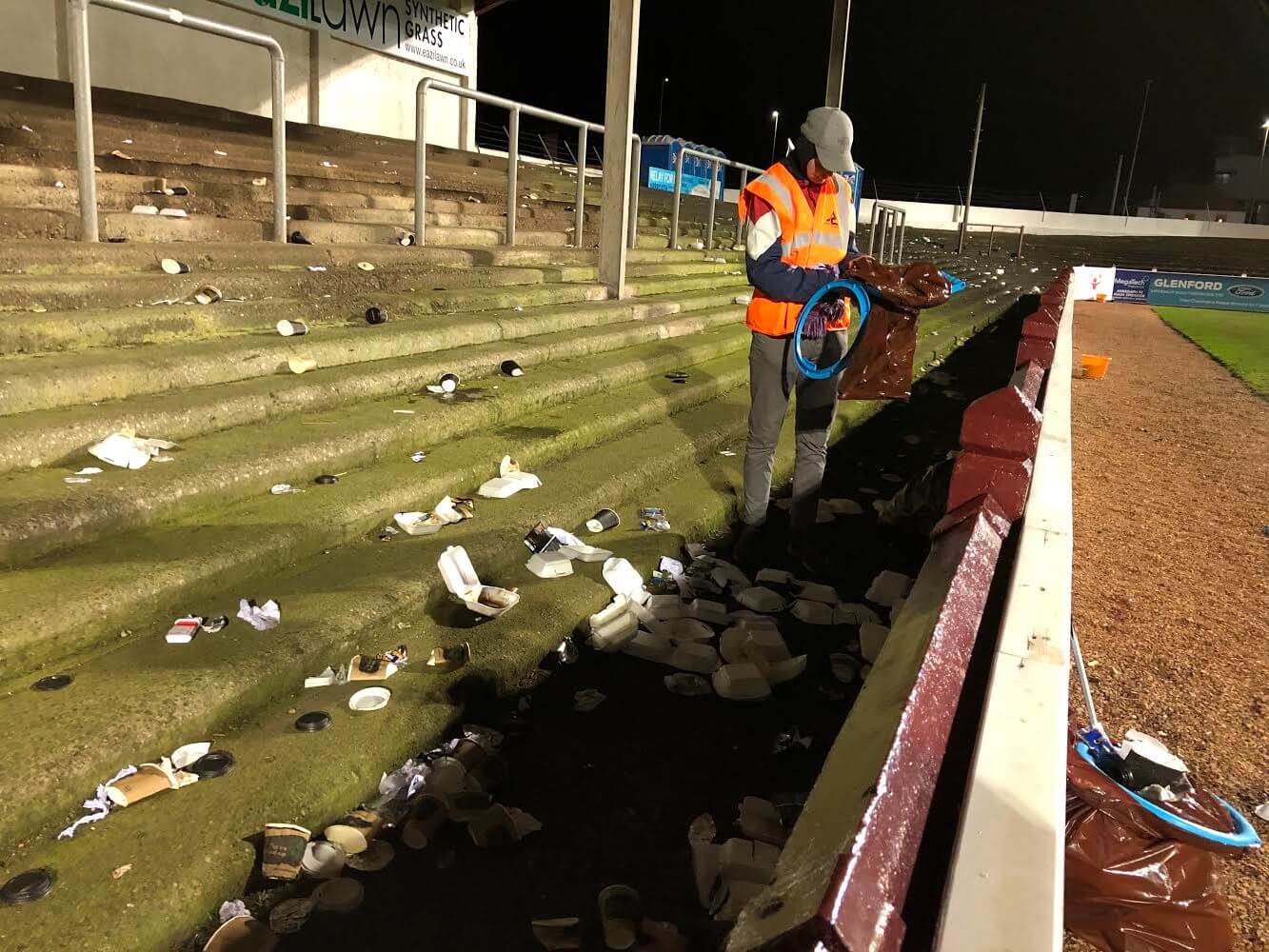 This image shows the terracing at the Away end after the match with our fan and Litter Champion Connor McAndrew.

Thank you again to all the volunteers and our supporters for helping our cause.