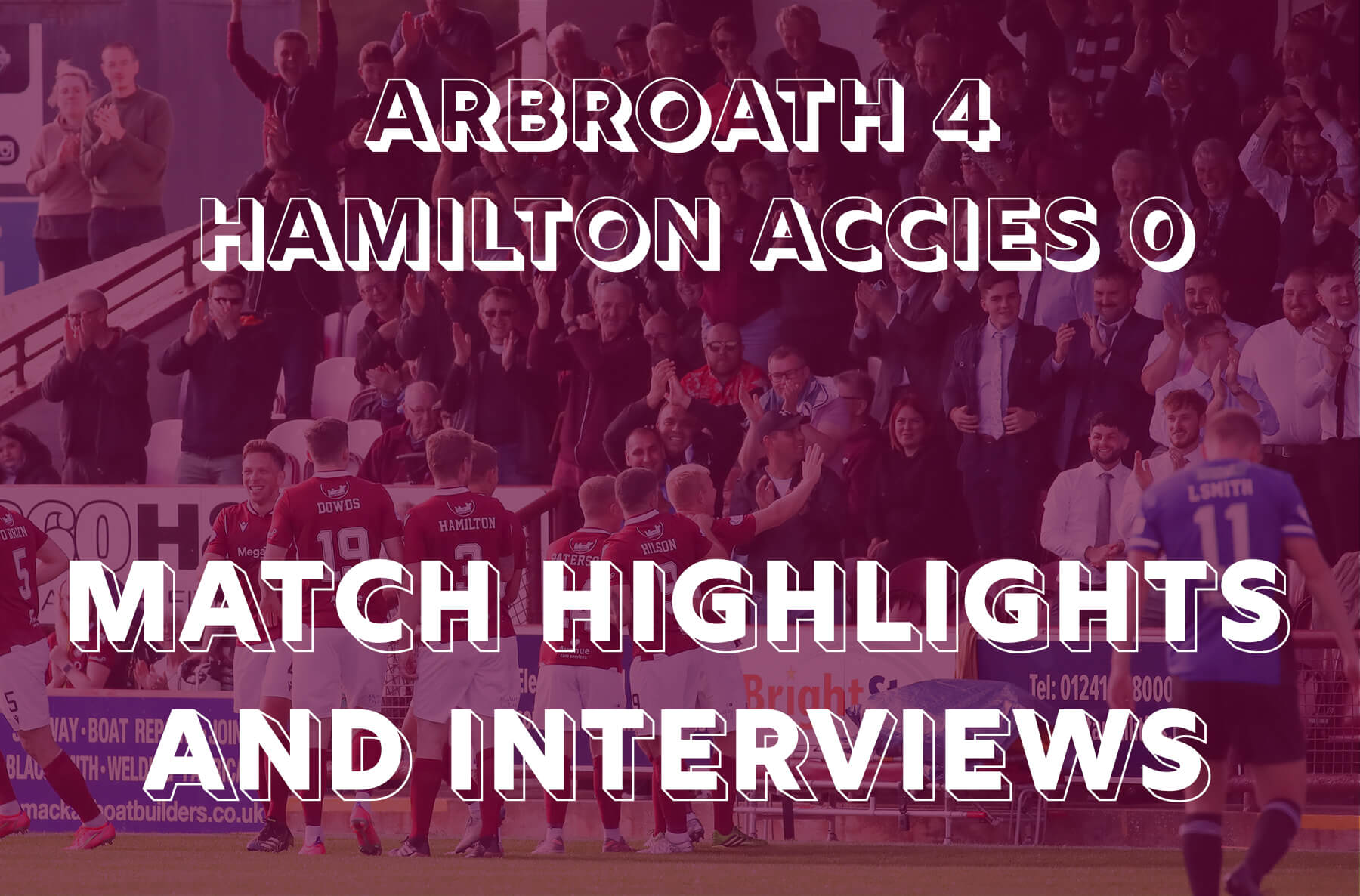 Highlights of Arbroath’s fantastic 4-0 win over Hamilton Academical at Gayfield on Saturday 11th September in the cinch Scottish Championship.

Arbroath Manager Dick Campbell spoke to Arbroath FC TV Commentator Fraser Clyne after his side won their 3rd game in a row in the Scottish cinch Championship.