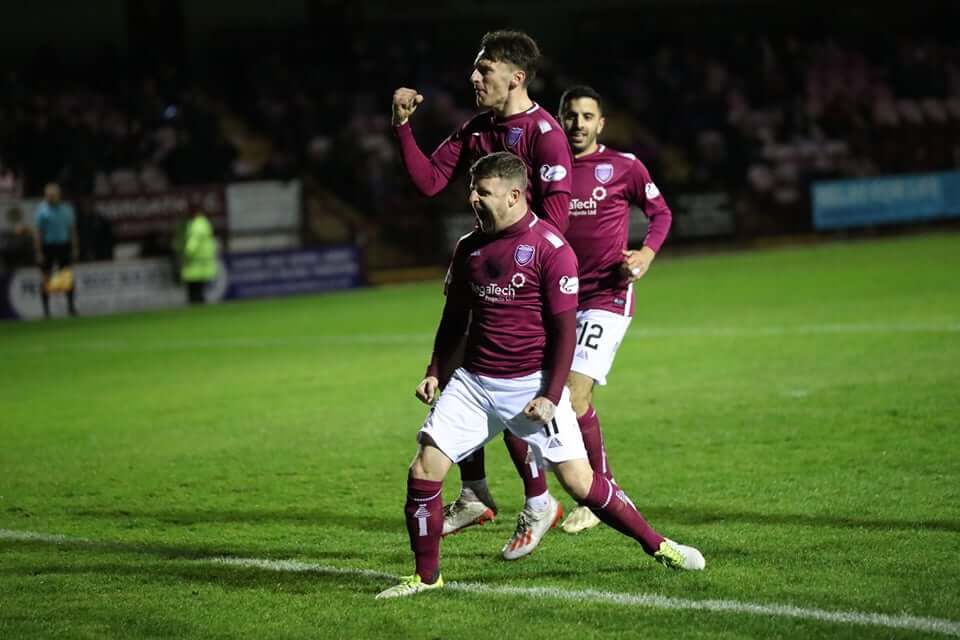 The Lichties put in a professional performance this evening to book their place in the 4th round of the Scottish Cup at home against Falkirk.

Arbroath were without Derek Gaston who missed out due to a family emergency. Everyone at the club is thinking of Derek at this time.

This meant that Darren Jamieson started in goals with Miko Virtanen also returning with Omar Kader also starting on the wing. This meant James Murphy and Greig Spence dropped to the bench with Steven Doris being listed as the outfield player as a substitute keeper.

Auchinleck Talbot’s Dwayne Hyslop had a chance to open the scoring in the 10th minute but his header was over the bar before his shot just 2 minutes later was saved by Jamieson.

Mark Whatley found himself in great space in the box but unfortunately the ball just fell behind or otherwise he would have opened the scoring.

Michael McKenna did open the scoring in the 26th minute after a beautiful pass from Miko Virtanen allowed Omar Kader to run into the box and cross for McKenna who netted for the second time in 4 days.

Bobby Linn had a curling strike saved by Andy Leishman before a shot corner allowed Linn to have another shot at goal, again Leishman made a great save but just 60 seconds later and Linn hit the ball from 25 yards past Leishman and into the bottom of the net.

A few minutes later and it looked like it was 3-0 but Mark Whatley’s well struck shot was deemed to be offside.

Bobby Linn was replaced by Scott Stewart in the 61st minute and just 3 minutes later he made it 3-0 beating Leishman at his inside post.

Auchinleck had three great opportunities to pull a goal back but Jack McDowall hit a header over the bar and then wide of the goal in between a Keir Samson header which was also wide of the net.

For the final 10 minutes Arbroath passed the ball around looking for an opening and in the 90th minute Omar Kader found the net but his effort was ruled out as the ball struck his hand.

A fantastic travelling support from the Bot who did their team and town well in a very tricky Scottish Cup fixture.

We hope all the traveling Bot fans have a safe trip home.

Arbroath now face Falkirk in the 4th round of the William Hill Scottish Cup in the weekend of 18th and 19th January 2020.