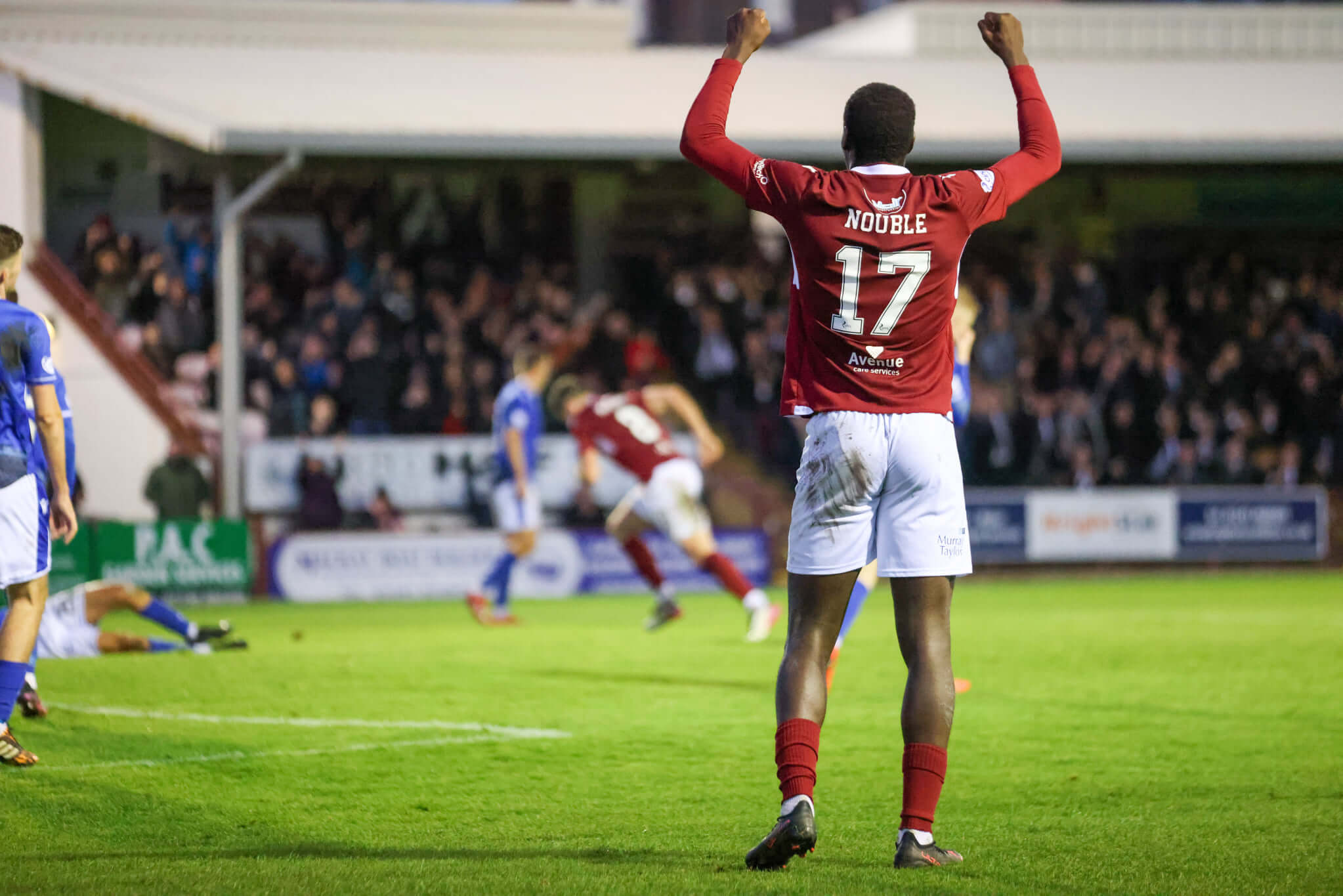 A pulsating game at Gayfield this afternoon ended with a 1-1 draw as the Lichties came back after going down to an Innes Cameron goal in the 55th minute.

It was Michael McKenna’s 11th goal in 14 games which pulled Arbroath level in the 67th minute as Joel Nouble first had a shot saved, then fed in David Gold whose shot was blocked before falling to Michael McKenna who blasted home through a body of players.

Both sides had chances to win it, with Cameron having a great opportunity in the 80th minute but somehow shot wide.

Arbroath had 20 shots in the game but like last week were either thwarted by the goalkeeper or wasteful with the chances created.

Still just one defeat at home all season, with a trip to Kilmarnock next week!