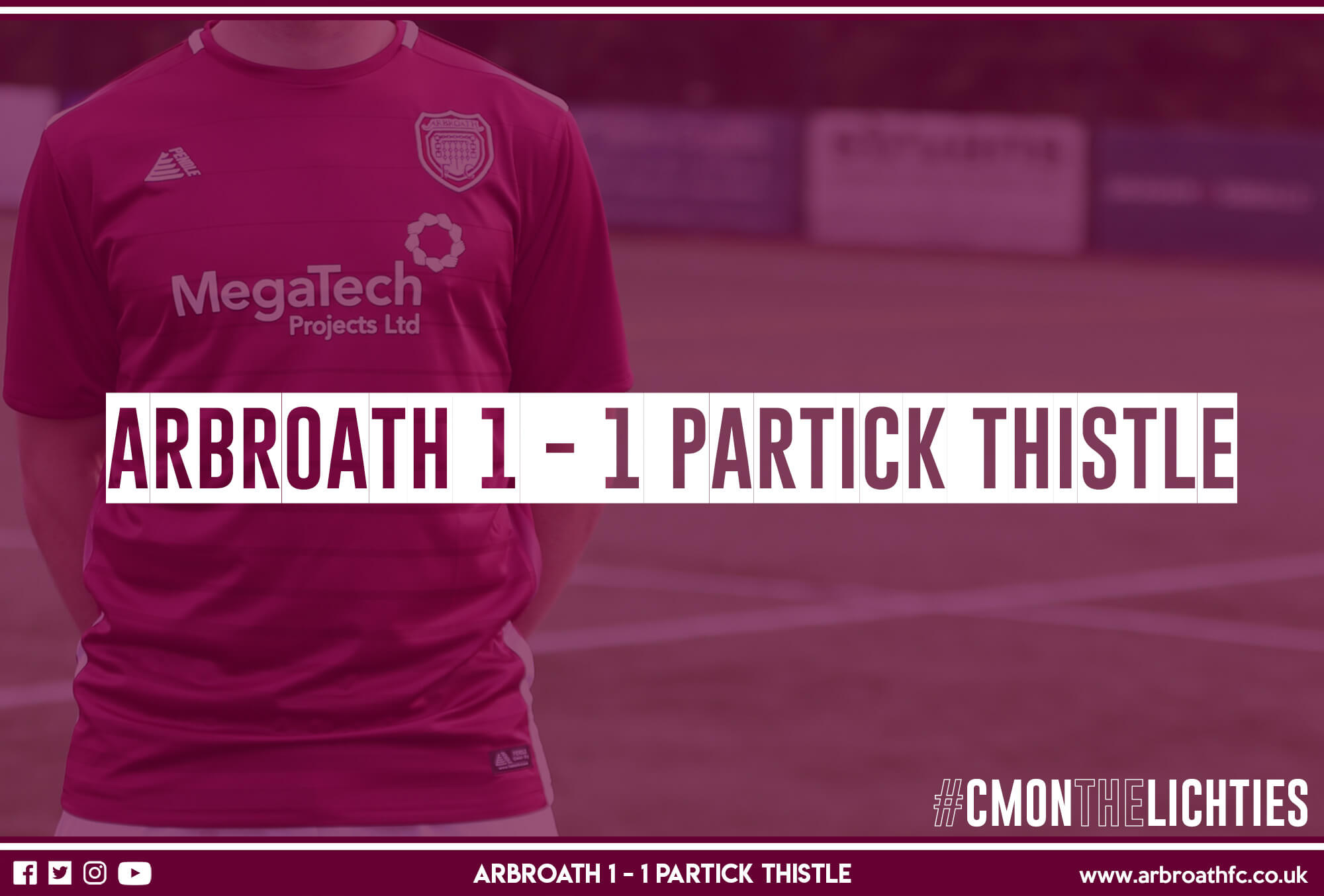 Arbroath moved into third in the Scottish Championship despite Kenny Miller’s second-half equaliser for Partick Thistle at Gayfield Park.

The Red Lichties dominated the first half, with Jason Thomson heading the opener from close range on 14 minutes.

Thistle equalised just after the hour mark, with Miller confidently placing the ball into the bottom corner.

Arbroath’s Luke Donnelly thought he had a late winner, but his strike was controversially ruled out for offside.

Dick Campbell’s hosts move into third place, although Inverness Caledonian Thistle have a game in hand and are just one point behind them.

Gary Caldwell’s visitors are still in search of their first league win of the season and remain one of three sides yet to win in the Championship this season.

They are only above Dunfermline Athletic by courtesy of goals scored and will return to the foot of the table if the Pars avoid defeat at home to Caley Thistle on Saturday.

Thistle had goalkeeper Fox to thank for not being further behind at the break, tipping over superbly following a thundering drive from Thomas O’Brien, who also had a header cleared off the line.

Fox also tipped a free-kick on to the post from Bobby Linn before the veteran forward’s cross set up Thomson’s goal.