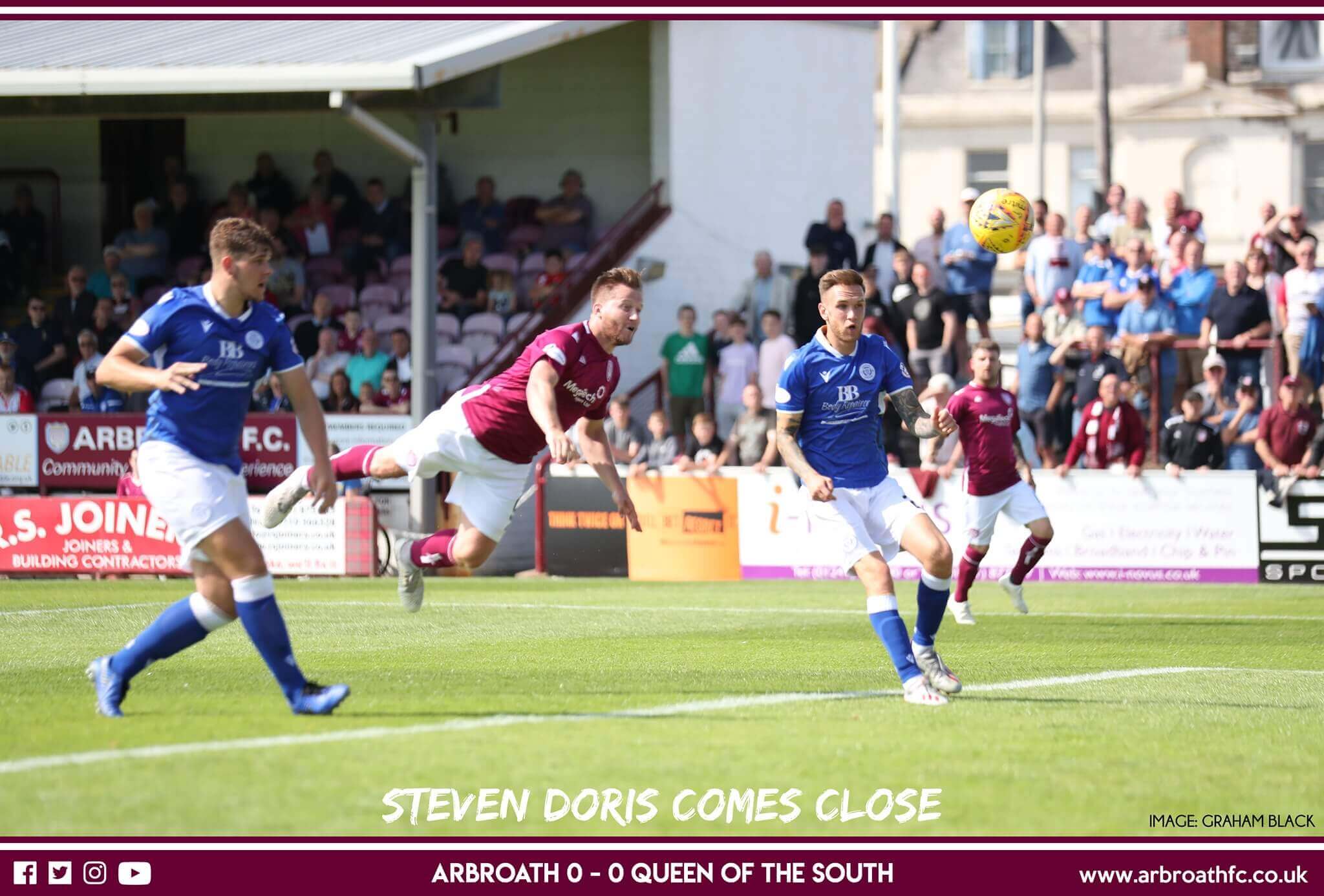 The Ladbrokes SPFL League One flag was unfurled today on a beautiful summer’s afternoon as Arbroath welcomed Queen of the South to Gayfield for their debut in the Ladbrokes Championship.

Arbroath Manager Dick Campbell made several changes to his side with Thomas O’Brien suspended he was replaced by Robert Wilson with returns for Darren Jamieson, Mark Whatley, James Murphy and Scott Stewart.

It took a while for both sides to start attacking but fans were treated to an end to end first half.

Arbroath put some beautiful passing moves together as they attacked the harbour end with Connor Murray always looking a threat for Queen of the South down the right.

At the other end Steven Doris and Greig Spence combined well with both strikers giving the Doonhammers defence a tough time.

The second half was more of the same as chances were created at either end.

James Murphy and Scott Stewart both impressed before they were substituted for David Gold and Michael McKenna.

As the game went on play was racing from end to end, but in the end both sides had to settle for a point.

A good solid start and a point means we are on the board and up and running.