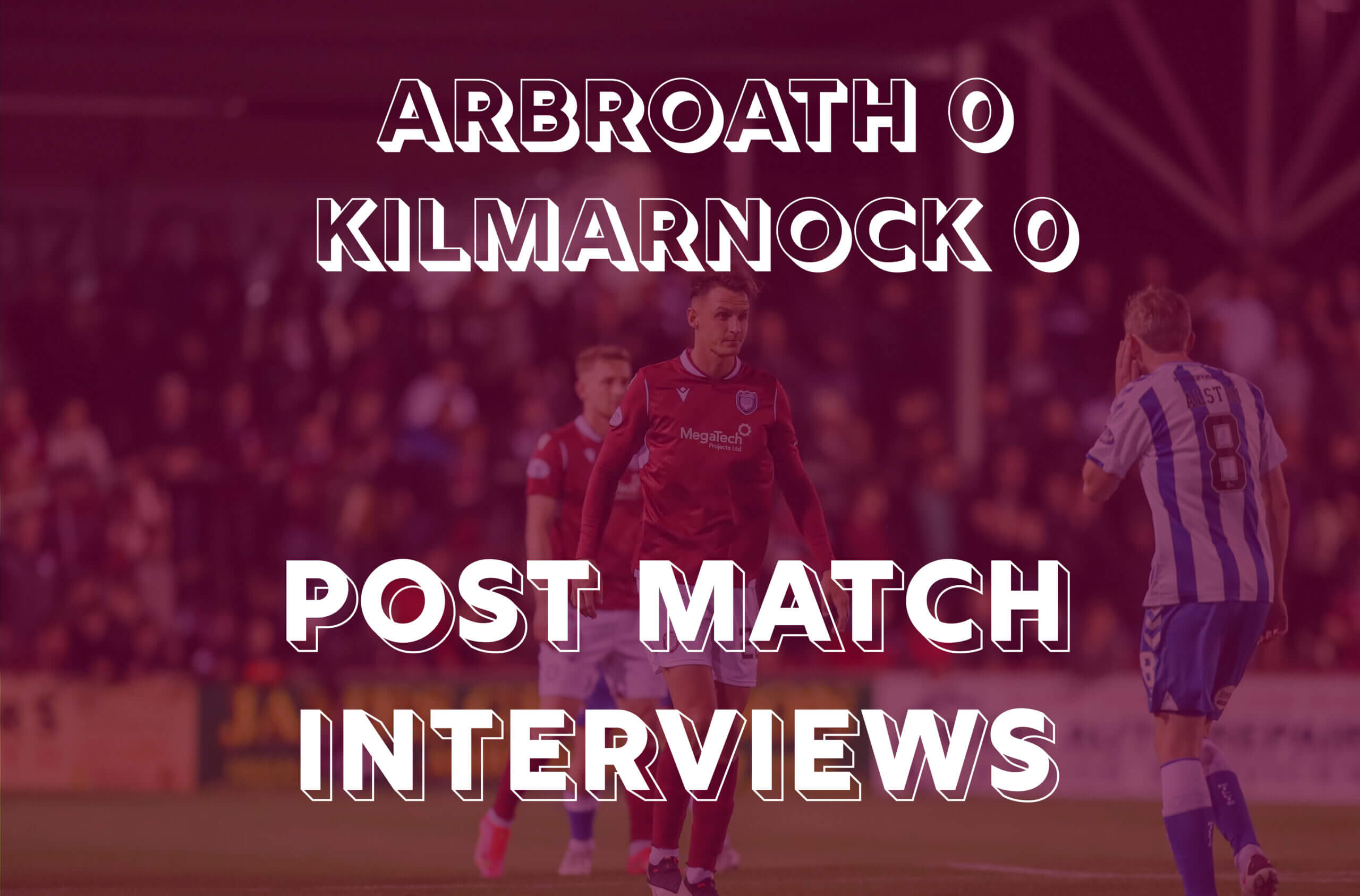 Kilmarnock held Arbroath to a goalless draw on Friday 24th September at Gayfield as the Lichties pushed the full time team all the way as they hit the post twice and James Craigen having a shot cleared off the line by Euan Murray.

We spoke to James after the game who put in another stellar performance in midfield as Arbroath made it 6 games undefeated in the cinch Scottish Championship.

Since arriving at Arbroath from Edinburgh City in the summer Liam Henderson has been heavily involved in the Arbroath Starting XI and has shown great versatility playing in a number of positions across defence and midfield.

On Friday evening Liam had put in another great performance in midfield as Kilmarnock held Arbroath to a goal less draw at Gayfield as the team made it 6 games undefeated.

We caught up with Liam after the match to hear this thoughts.