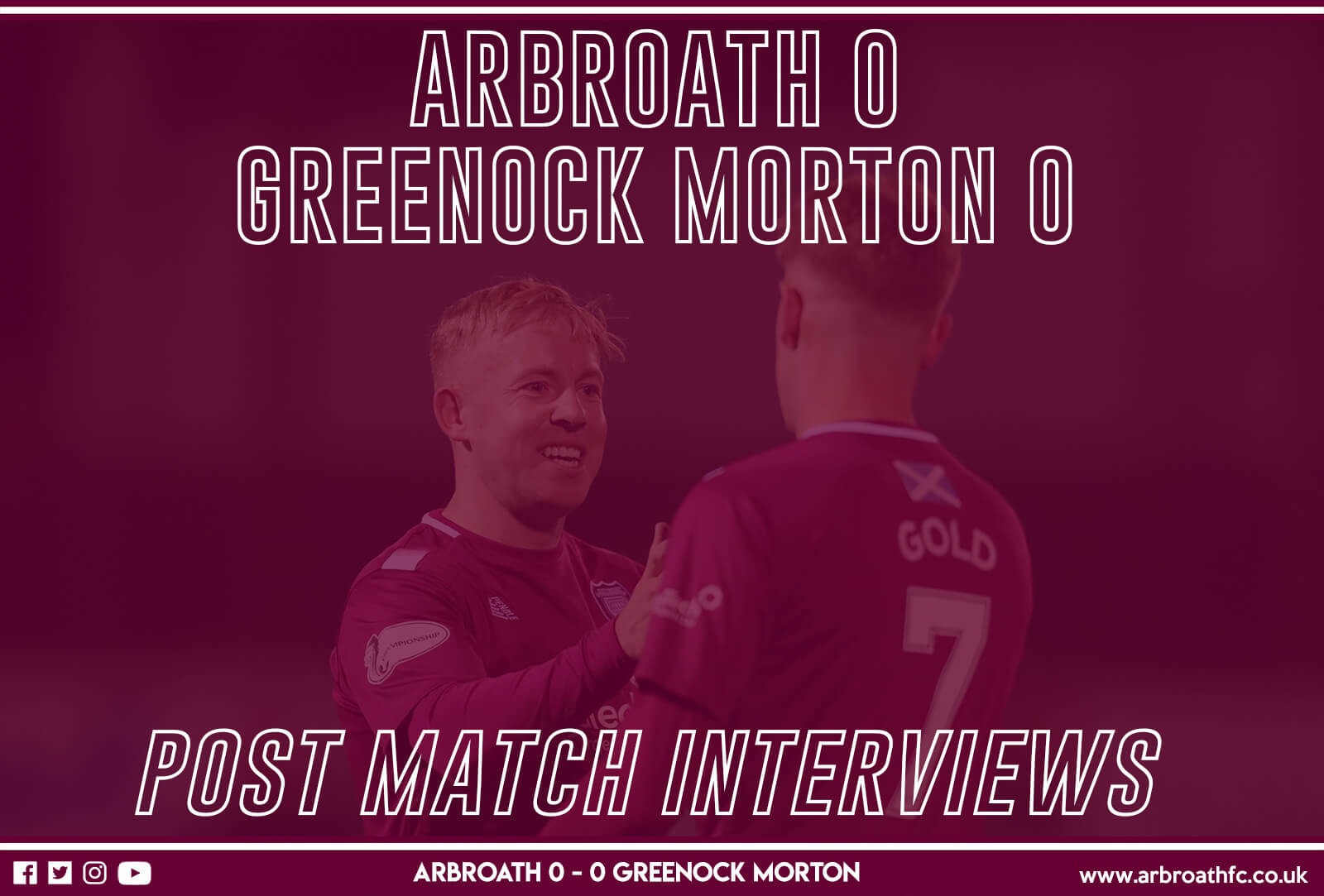 A very happy Nicky Low spoke to Arbroath FC TV Commentator Ewan Smith after the full time whistle. Nicky has loved the community feeling at the club and believes the team doesn’t get enough credit from for their achievements.
Nicky, who joined the club on loan from East Stirlingshire has been a star in the Arbroath midfield helped secure the Lichties stay in the SPFL Championship for a 3rd season.

Arbroath FC TV Commentator Ewan Smith spoke to Greenock Morton Manager Gus MacPherson after the full time whistle. Gus was proud of his players who gave their all on the night.