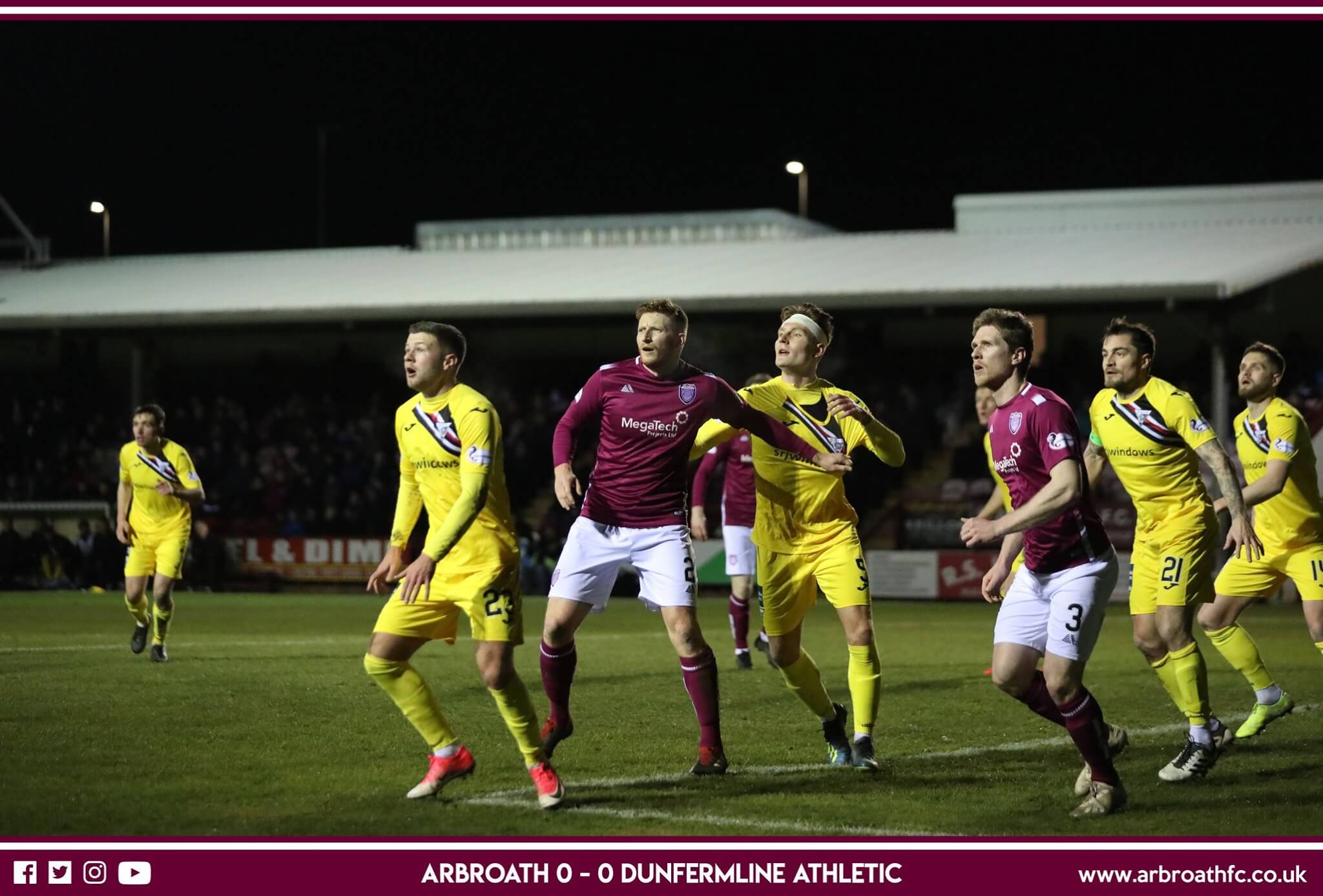 Arbroath and Dunfermline Athletic played out a goalless draw tonight at Gayfield as both sides moving up a place in the Championship Table on 35 points.

Arbroath Manager Dick Campbell didn’t change his winning squad after they have won 3 in a row with Michael McKenna and Logan Chalmers in the stands.

Ricky Little had a header saved by Owain Fon Williams in the 8th minute with Miko Virtanen’s long throw ins also causing lots of problems in the Dunfermline box.

There were very little chances in the first half but Jason Thomson unleaded a powerful drive at the edge of the 18 yard box just on the stroke of half time with Fon Williams having to scramble to get the ball after making a good save.

Mark Whatley hit a low shot just past the post at the start of the second half with Derek Gaston making a good save as Gabby McGill connected to a cross but headed straight at the Arbroath keeper.

Arbroath brought on Bobby Linn, James Craigen and Luke Donnelly as they chased a goal.

As the game reached the full time whistle Arbroath had a late push with a Dale Hilson shot being blocked by Paul Paton.

In the end both sides settled for a point, which means Arbroath are now unbeaten in 4 games.