Home - An afternoon with Alan Soutar

An afternoon with Alan Soutar 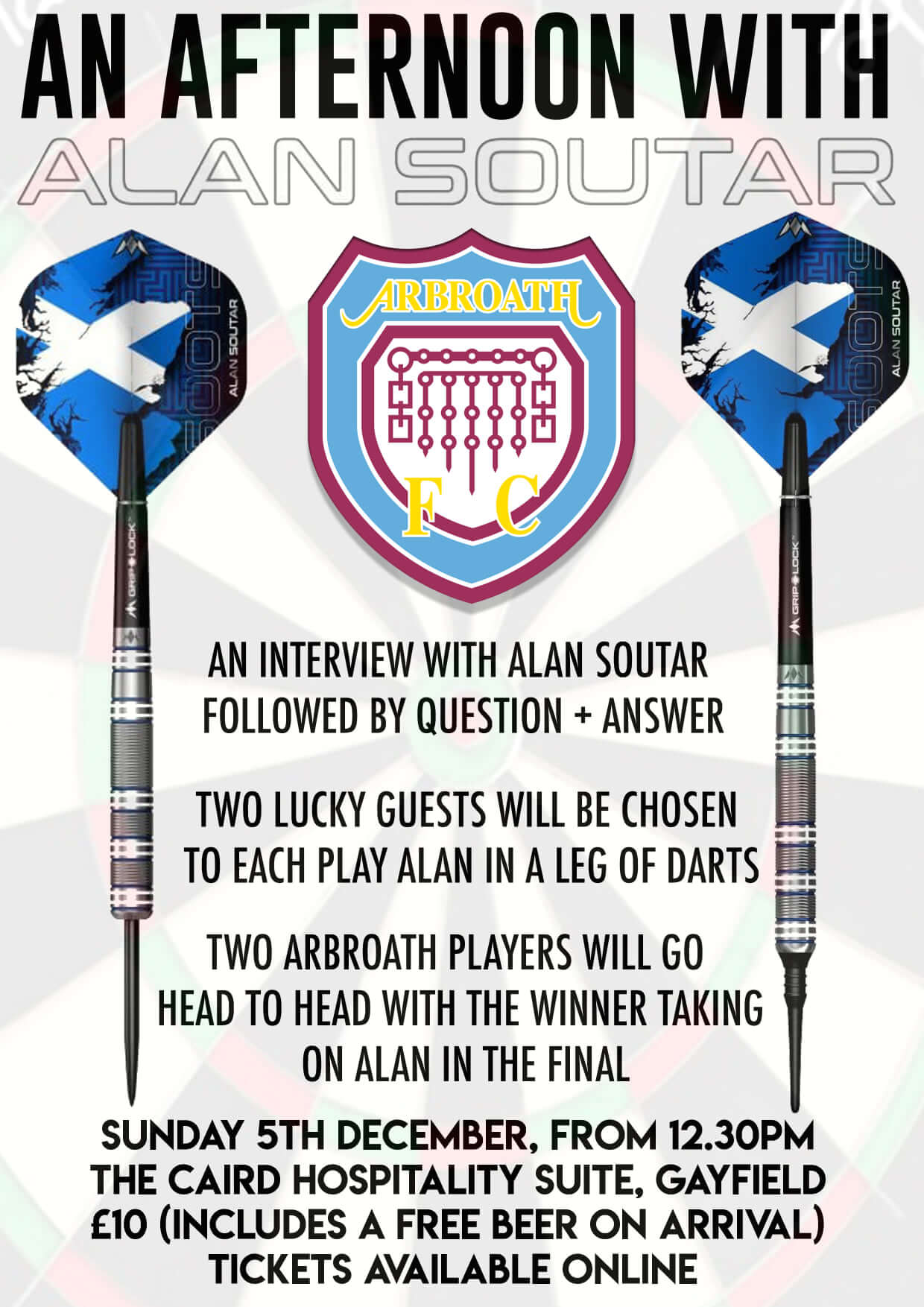 An afternoon with Alan Soutar

On Sunday 5th December from 12.30pm we are hosting an exclusive afternoon with Alan Soutar in the Caird Hospitality Suite at Gayfield Park.

During the day there will be a special sit down interview with Soots as well as the opportunity for you to ask your own questions to the local darts star and newest Arbroath FC Ambassador.

The second half of the day will be all about the arrows with 2 lucky guests having the opportunity to face Alan in a leg of darts each before two Arbroath FC players will battle it out in a semi final before facing the PDC star in the Final.

Alan – our latest Club ambassador won his tour card for the PDC earlier this year and has put the town well and truly on the darting map, his first televised event saw him defeat former world champ Raymond Van Barneveld and since then he has taken the scalp of many of the players currently sitting in the top 32.

The William Hill World Championships are just around the corner and with Alan heading down to The Ally Pally the very next week, what better way than to give him a big Arbroath send off and enjoy an afternoon of fun and entertainment with our local hero.

Tickets are on a first come first served basis costing £10 (includes free pint on arrival) and will undoubtedly sell out fast!