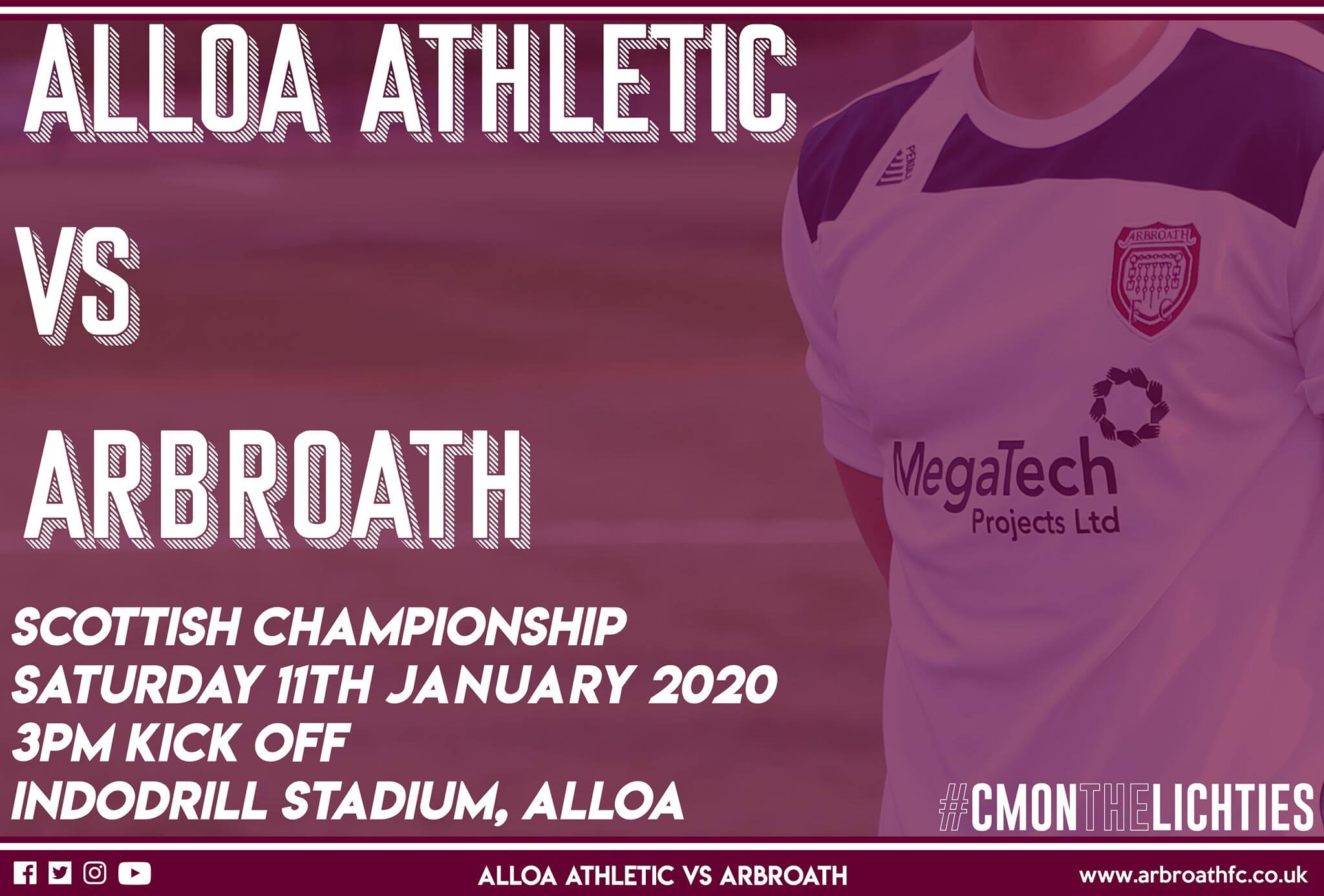 The Lichties travel down to Alloa tomorrow for their first away fixture of 2020.

There has been several changes to the squad over the last two days with Josh Campbell and Ben Stirling returning to Hibernian and Robert Wilson and Greig Spence moving to Stenhousemuir with Logan Chalmers making the loan move to Gayfield from Dundee United.

There is likely to be more transfers before the window ends, but we will bring you news of them when they happen.

Alloa Athletic have also been busy with today signing 20 year old striker Lee Connelly on loan from Sunderland. The former Queen’s Park striker will be in Alloa’s squad for the Lichties visit.

Last Saturday Alloa were without Neil Parry, Liam Dick, Andy Graham, Jon Robertson and Alan Trouten but Manager Peter Grant will be hoping some of those players will have recovered to face Arbroath tomorrow.

It will be another tough game for the Lichties with bad weather forecast but we hope you can make it along to cheer on the team.

Neither side has anyone suspended.

Admission at the Indodrill Stadium;

Saturday is a big game for the Lichties as we take on Alloa Athletic and we would really appreciate a strong and vocal support cheering on the team.