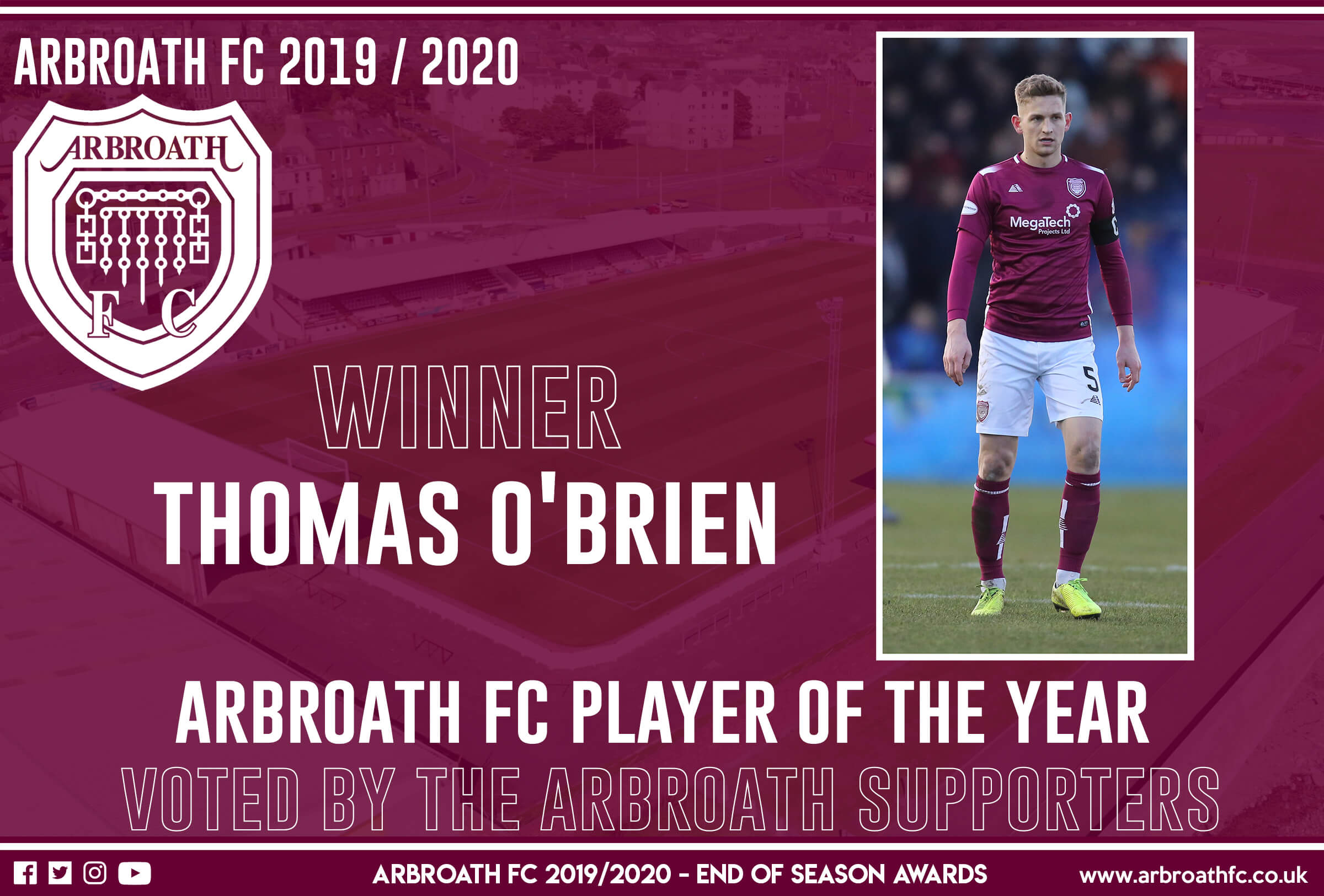 It’s a double victory for Thomas O’Brien this evening and huge congratulations go to our Captain, who you have voted your Arbroath FC Player of the Year.

We promised you big news this evening, and well if you watch Thomas’s acceptance speech we are pretty sure you are smiling right now as Thomas exclusively reveals he has signed a 3 year contract extension keeping him at the club until season 2023-2024.

Thank you again to everyone who voted, we were overwhelmed by the votes and Thomas was your winner!

Thomas arrived at Gayfield in the summer of 2017 and he has helped galvanise our defence into one of the best in the Championship.

Alongside Ricky Little with Colin Hamilton and Jason Thomson, this season our defence was the second best in the Championship. With the experience and skilful defenders we are blessed to have at our club, we have again shown our quality on the pitch.

Our Captain, Thomas O’Brien has again shown his ability week in, week out and really flourished when the team have had their backs against the wall and fighting for every ball. We suffered a cruel defeat at Tannadice earlier in the season, but the performance from the team, especially Thomas at the rear really showed to everyone we are an incredibly hard team to break down.

Thomas’s technical ability and a calm head under pressure have given the Arbroath supporters so much pleasure over the last 3 seasons as “TOB” at times makes it all look so simple. Never scared of a tackle and giving the best strikers of the Championship a rough ride every week has seen Thomas O’Brien claim his second award of the night and been voted the Arbroath FC Player of the Year by the Arbroath Supporters.

We hope that news of Thomas’s new contract extension will leave all our fans excited for the future.