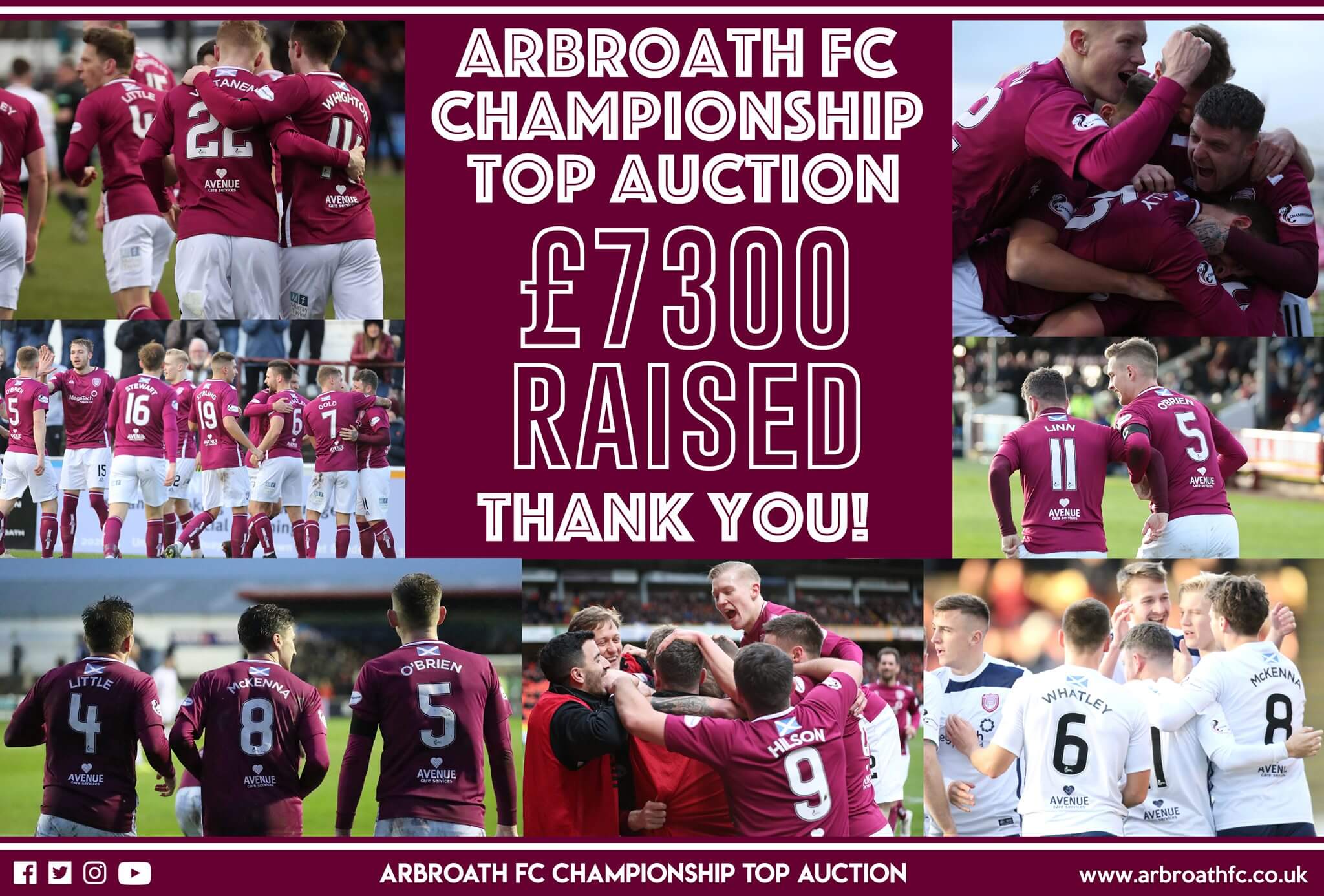 THANK YOU – £7300 Raised in 6 Days
We are in the habit of saying these two words quite a lot over the last few months, but that is all down to you – Our amazing support who have once again outstanding in backing the club.
Just a week ago we posted that we were going to auction off the shirts that our players wore in their debut season in the Championship.
A season that was sadly cut short, but full of sensational performances that seen the Lichties finish 5th and with a real chance of getting into the play-offs.
We are delighted to announce we raised a staggering £7300 in just 6 days as the auction closed last night at 8pm.
In addition to this shirt auction, you have also backed us with our virtual grand-national, buying bricks on our Supporters Wall and investing in the club through buying shares.
Arbroath Chairman Mike Caird has again praised our support;
“I am humbled again by our supporters. These past few months have been extremely difficult as life has changed so much for us all.
To have so many supporters reach out and bid for shirts by their heroes not only gives them a very unique souvenir but it gives the club another boost during these difficult times.
We are now just 12 weeks away from the restart of the Championship and your support will guarantee we are ready and raring to go. I’d also like to thank Director Jonathon Booth for taking care of the auction process.
Thank you.”
Well done to everyone who was successful!
C’mon the Lichties