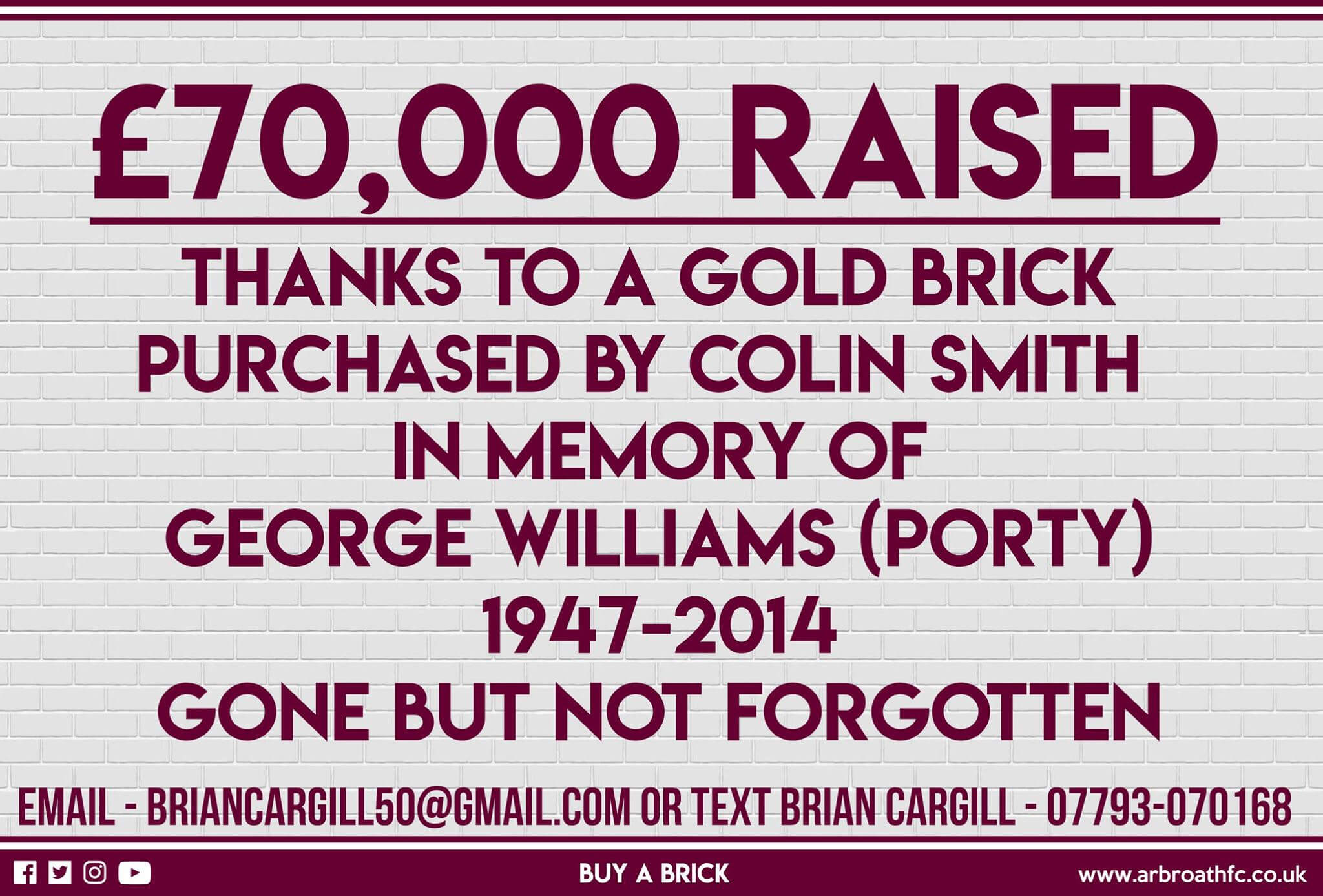 We have some good news for you on this dreich Sunday.

Thank you to Colin Smith, we have now raised a breathtaking £70,000! THANK YOU!

Colin has bought a Gold brick in memory of his Wife’s Uncle and great friend of the club George Williams (Porty) 1947-2014 (Gone but not forgotten).

George was a keen supporter of the club and a previous main sponsor with the Portcullis.

The club would like to thank Colin and all our supporters who have gone above and beyond in their support during this difficult time for everyone.

If you would like to buy a brick before it is too late then remember there are three types of brick available for purchase and these area as follows:

For more information or to purchase a brick;