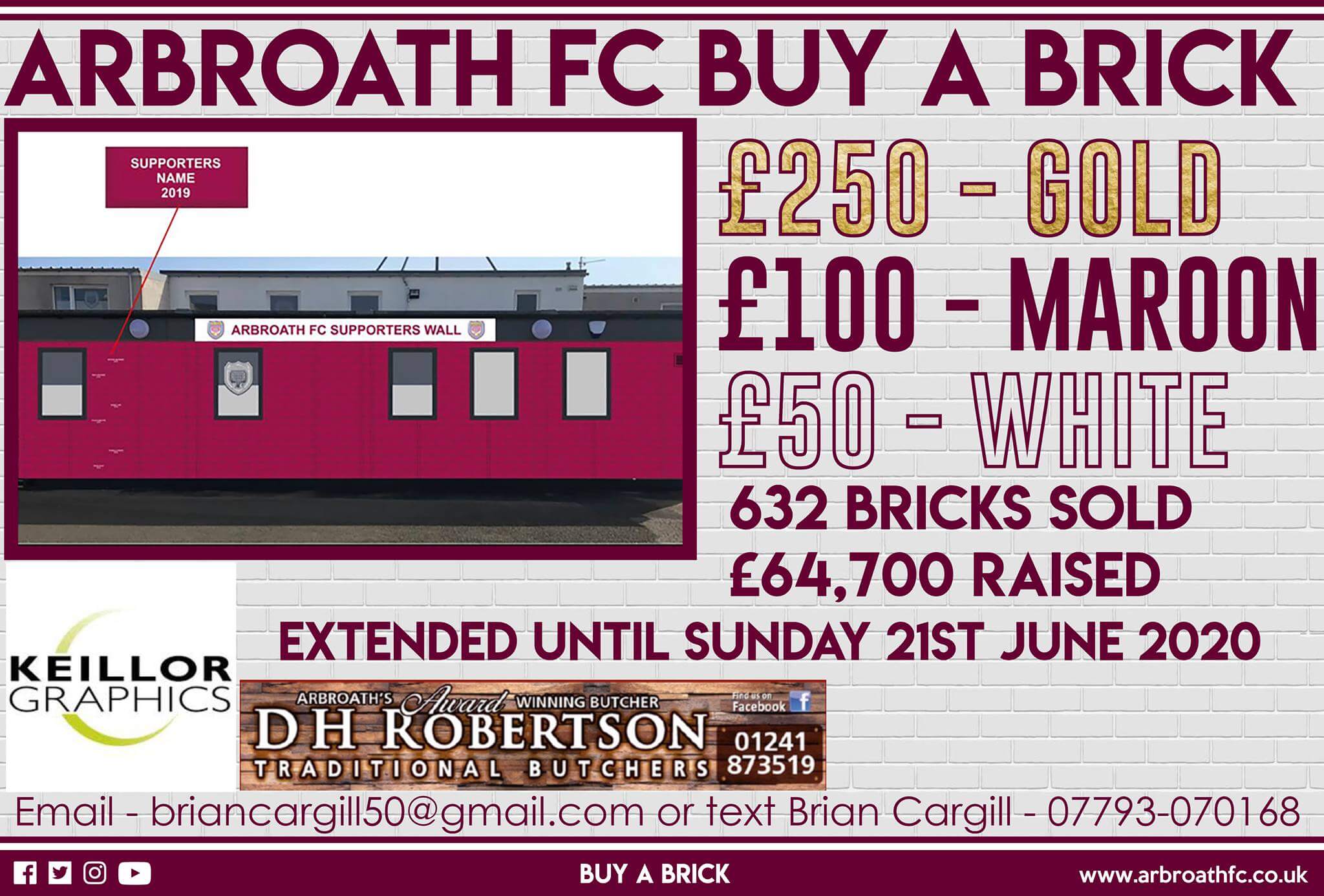 We have had many requests asking if we could extend the deadline for brick sales until Sunday 21st June 2020 which is Father’s Day, so we are listening to our supporters and have now extended the deadline until then.

There has also been many requests from supporters to see their bricks, which is completely understandable – however we can’t start work until we stop selling bricks, so it is a catch 22.

The Supporter’s wall which was launched on March 21st is set to be on the side of our “Champions Lounge” which was donated and built by the community of Arbroath and we see it as a symbol of how strong of a Community spirit exists in Arbroath.

The Supporter’s Wall will take form of a high quality wrap, similar to the image of the Arbroath FC Team lifting the trophy on the pleasureland side of the Champions Lounge. The design will consist of all the bricks and names of our supporters across the front side so it will be the first thing all supporters see as they enter Gayfield!