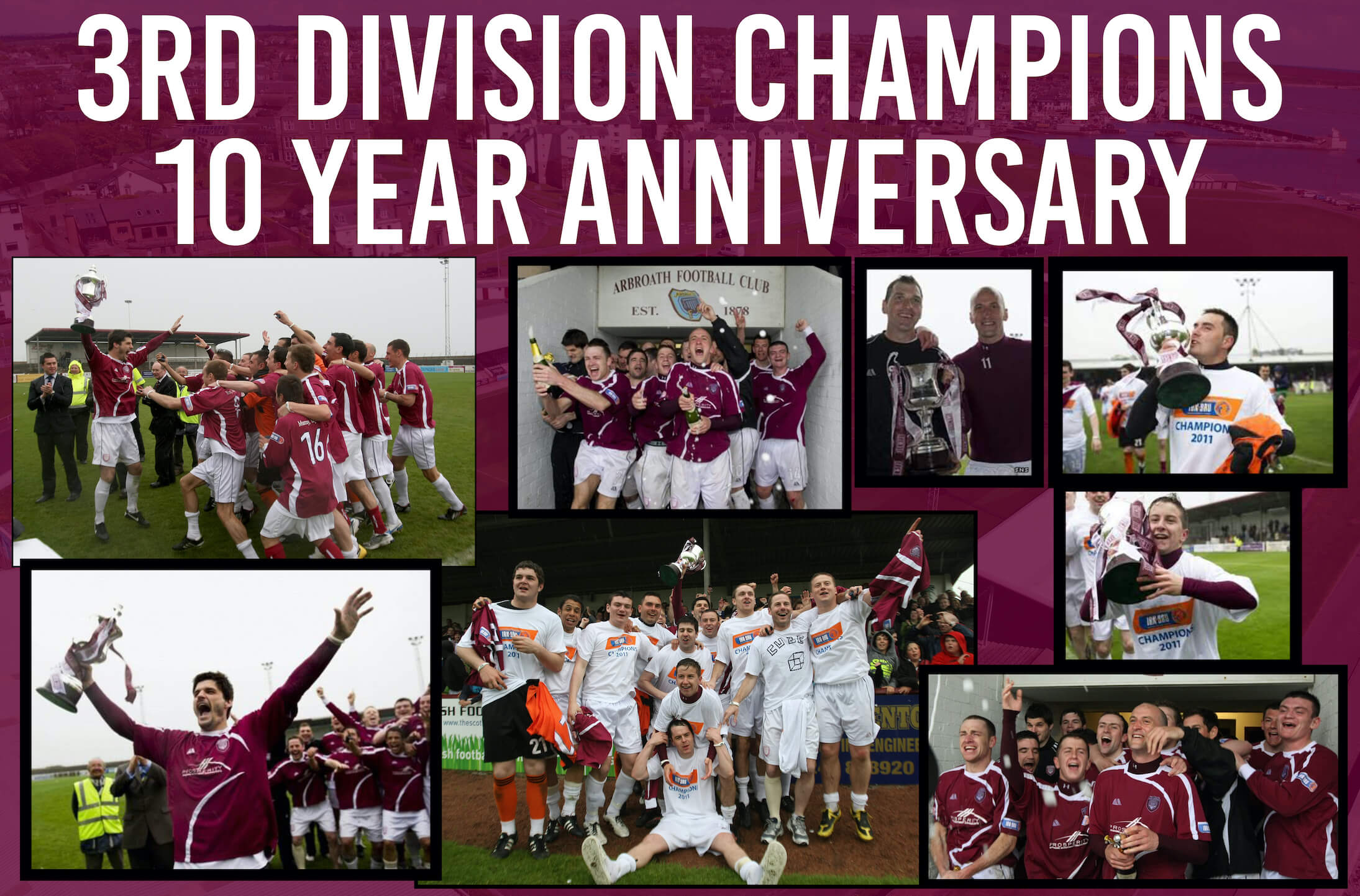 Were you there? What were your memories of that day?

On the 23rd April 2011 History was made as Paul Sheerin’s Arbroath side won our first Championship in our 133-year history!

Today marks the 10 year anniversary. We had planned to have a special event to celebrate the 10 years but of course the pandemic has effected all our plans. Hopefully in the future though.

Could it be any more fitting to win your first League Title in your 133 year history than over your local rivals at home in front of a bumper crowd!

The Pitch invasion that followed also created of one of the most iconic Scottish Football Photographs!

The maiden title win was a turning point in our modern history with a season of stunning attacking football with some amazing players, some of which are still playing today!

Our Player / Manager Paul Sheerin has went on to be highly successful at Aberdeen as a coach, U20 Manager and more recently as interim Manager of the First Team and looks set to be a pivotal part of Stephen Glass’s Team.

Our Assistant Manager Stewart Petrie has had incredible success with Montrose including guiding them to the Scottish League 2 Title and has secured their place in the Top 5 split this season.

What a game, what a season and hard to believe it has been 10 years already!

History makers and all Lichtie Legends!!!