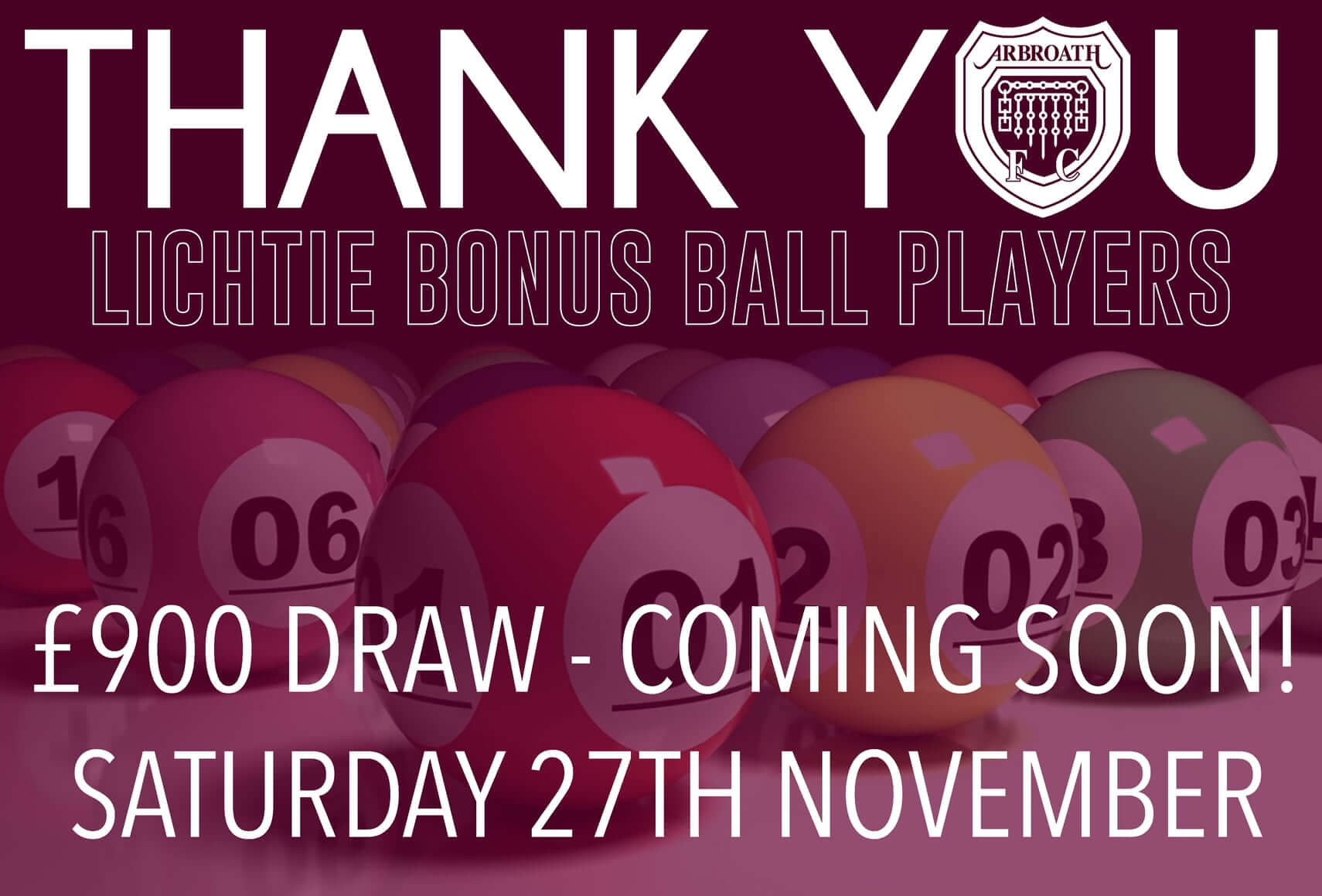 The “Lichties Bonus Ball” was launched in December 2016 when Arbroath were playing their football in Scottish League 2. The aim was the to help raise extra funds to allow the club to grow on and off the pitch – something that we think we can all agree has come to fruition!

Our Lichties Bonus Ball Draw is a simple fundraising monthly Prize Draw where there are 59 numbers allocated each month and a cash prize is paid out. The winner is the bonus ball that is drawn out in the last National Lottery Saturday draw each calendar month.

Every month supporters can win £450 with each November having a special double prize fund of a whopping £900 just in time to help with Christmas!

Our very first winner was Josh Davies who won the Lichties Bonus Ball on Saturday 28th January 2017 when Bonus Ball No. 20 was drawn out.

Nearly £30,000 has been paid out in prize money since then to our supporters with over £40,000 raised for the club at the same time.

We wish the very best of luck to all our players for the final 2 draws of this year!

One lucky supporter will win the double prize for November 2021 of £900, whilst someone else will have an amazing Christmas with the draw taking place on Christmas Day for £450.

Some supporters have played every single month since we started and a few lucky supporters have won a couple of times, while some (like me) have never won. However, our supporters continue to support this fundraiser and I really cannot thank them enough for their year on year support!”

Incredibly out of 59 Bonus Ball owners this year only 3 people dropped out and their places were immediately taken by supporters who were already on the Lichties Bonus Ball waiting list.

Anyone wishing to be added to the waiting list for the 2023 Lichties Bonus Ball please get in touch with Brian Cargill on 07793070168 or email; briancargill50@gmail.com