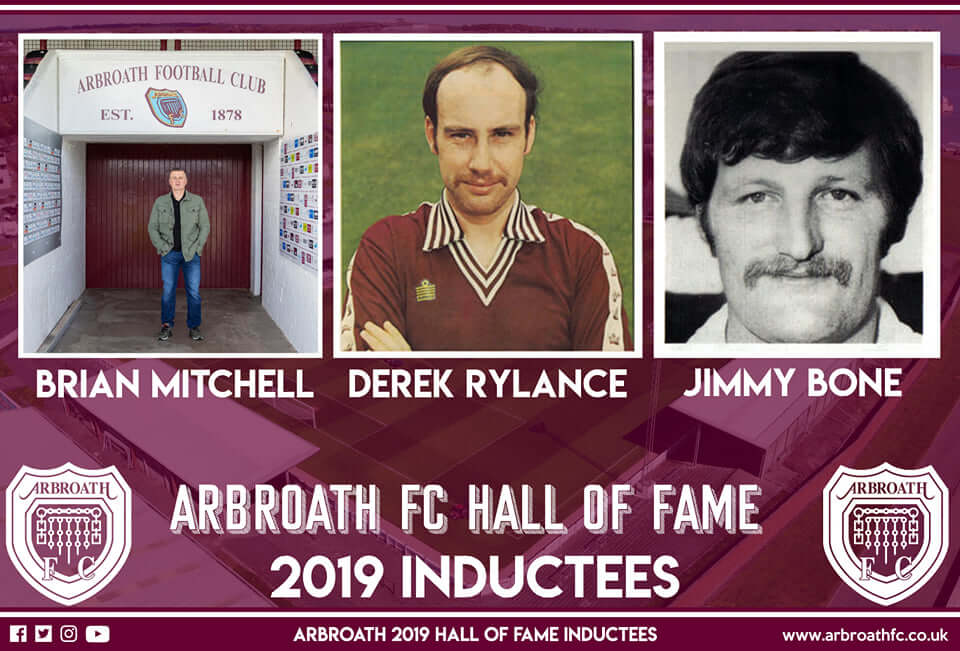 Arbroath FC would like to thank everyone who attended our Fifth Annual Hall of Fame and League One Championship Winning Celebration Dinner at the Carnoustie Golf Hotel on Friday Evening.

It was a wonderful evening filled with delicious food, fantastic company, many many laughs and of course a room full of many Arbroath FC legends and supporters.

Our Master of Ceremonies was good friend of the club, Sheriff Lindsay Wood and he was joined by very special guests Peter Martin and Tam Cowan. 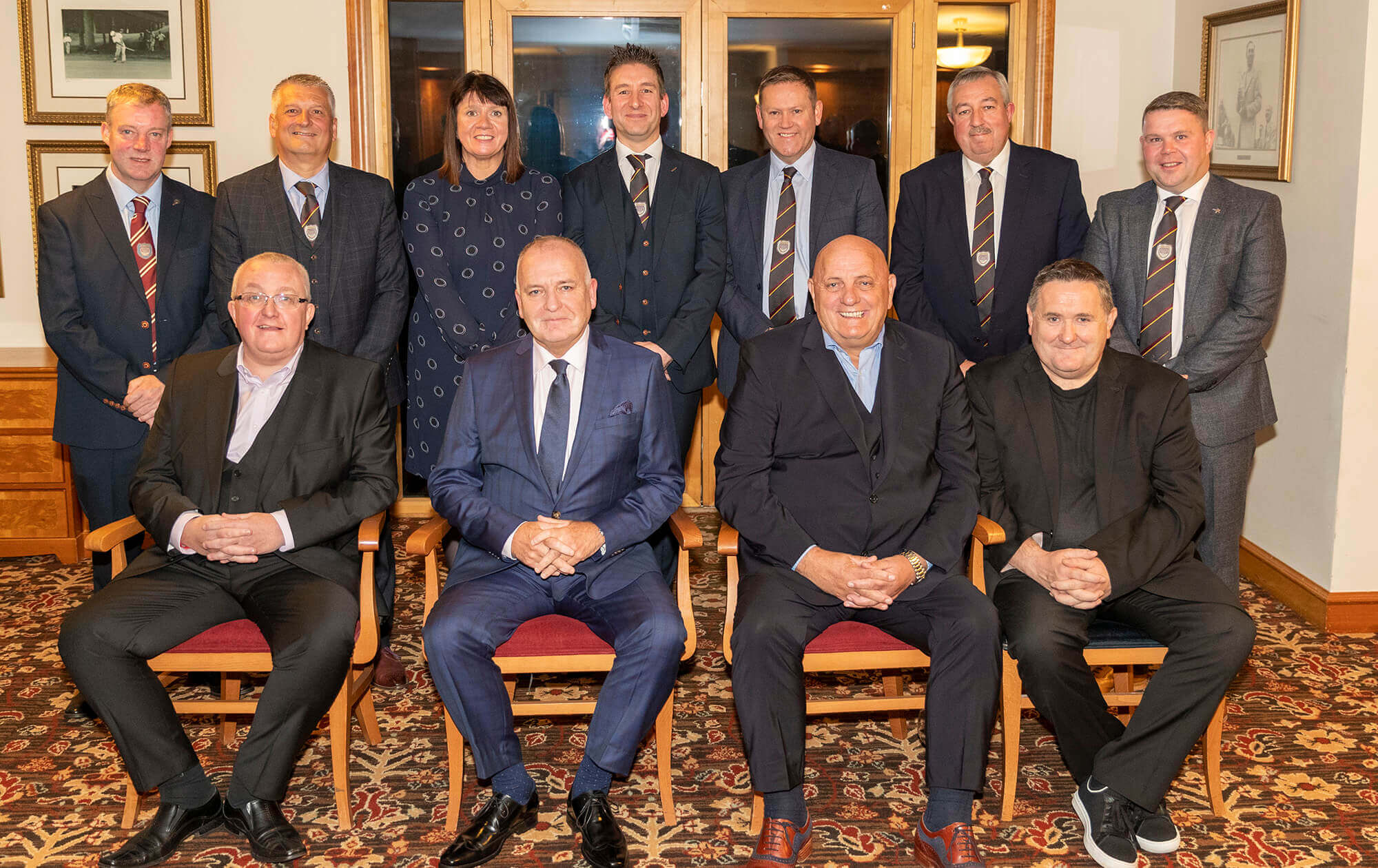 The Arbroath Management team of Dick Campbell, Ian Campbell, John Young and Robert Douglas were all in attendance with the Arbroath FC Directors. 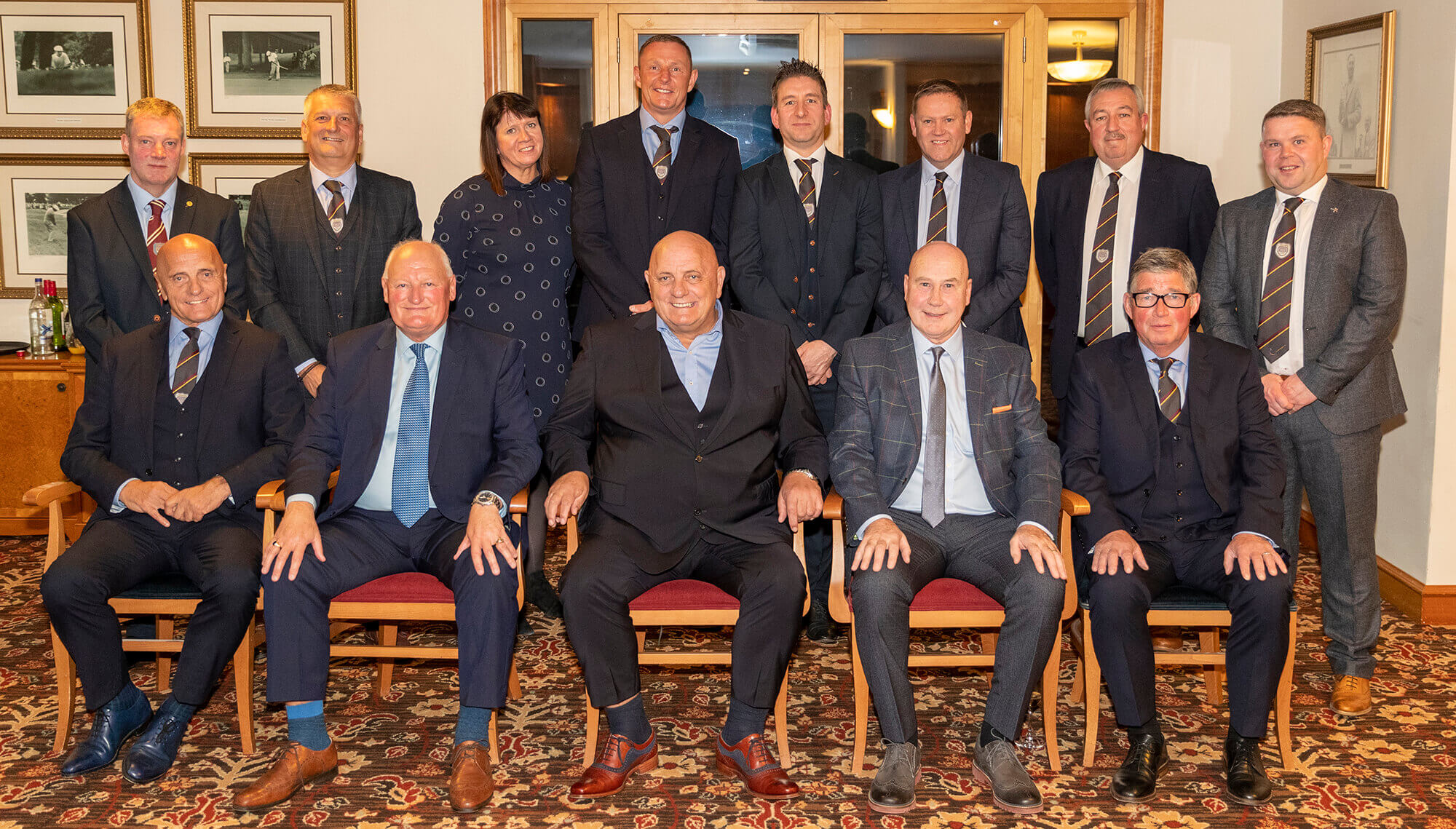 Unfortunately Brian Mitchell couldn’t make to the evening as he was on a planned holiday overseas, but a short interview video was shown.

Sheriff Lindsay Wood then induced Derek and Jimmy to the Hall of Fame, who were both quizzed on their their Arbroath playing history and experiences by Lindsay.

After our delicious three-course-dinner was served, we took part in our Favourite Hospitality Game of “Goal / Save” took place on a grand scale as Director Brian Cargill got the entire room on their feet whilst Louise Walker and Tracy Cameron dealt the cards.

Congratulations to Adam Caird who survived many rounds to win!

Sheriff Lindsay Wood then took to the stage and interviewed Arbroath Manager Dick Campbell who shed some light on the League One Championship and what goes on in the Arbroath Dressing Room.

We had another game as guests were asked to guess Peter Martin’s Scotland XI and our winner was Paul Forbes.

Special Guest Peter Martin then took to the mic and led our Auction, which had some fantastic items which were all down to the generous donations by friends of the club.

After Peter had the room in stitches, he handed the stage to Tam Cowan who completed a fantastic evening with a series of hilarious jokes and personal stories from his career and experiences with stars from Scottish Football.